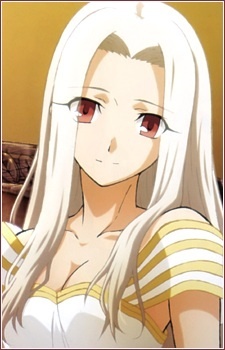 Judas Oct 23, 2017 9:26 PM
I haven't watched either of them, but I heard that the original is quite dark, and because I don't want to miss on any dark shows, I might consider watching it some time later. A lot of people say Brotherhood is better, but the show seems rather childish to me.

governor_versace Apr 27, 2017 3:42 PM
I feel like Urusei Yatsura should be added too the evolution of eyes list. Rumiko Takahashi was the only one who made eyes like that in the early 80s and now everybody copies that. I wouldn't call myself a huge fan of anime, but I'm a huge fan of that and I feel like by the early 2000's Inuyasha had the best anime eyes. Other than that I think your list is perfect and on point, but I was just a little disappointed that she doesn't get as much credit as she deserves. In a lot of fundamentals of anime, not just eyes. But anyways, if you see this I appreciate the consideration and thank you for the awesome article.

Aggron Oct 31, 2016 5:54 PM
I liked your wolf girl article, but I guess that means Wolf's Rain didn't have any female wolves? Or were they not worthy enough to be mentioned?

Largo93 Aug 18, 2016 5:09 PM
Mr. Kamage, would you be interested in some recommendations? It would make your Sci-Fi list look even better.

br4dl3yb34r Aug 13, 2016 2:57 PM
How is Legend of the Galactic Heroes not on the sci-fi list? It's the 6th highest rated show of all time on this site. Surely that means it could crack the top 20 sci-fi shows.
All Comments