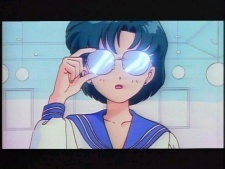 Zirmonan Jan 8, 1:55 AM
splash splash
your opinion is trash

Zeniatus Apr 4, 2020 1:24 PM
Just to let you know: Reconguista in G's first movie is a compilation film. It's not meant to be a entirely new film, moreso a "refined" version of the TV show with some new scenes added in along with some taken out. For Gundam it's pretty prevalent, though a decent amount of them condense way too much. Sucks that MAL is pretty barebones with the page, but it's how it is.

Calal-Chan Feb 14, 2020 12:48 AM
I didn't say it wasn't a long time at that point. Hence why I said when she hits 18 the age gap won't be that far. Also hence why I said he wasn't showing any romance feelings at that point. He didn't even notice when his teacher was saying anything. Also, Japanese culture just seems to be a bit different from western anyways. Yeah and she actually appreciated that he asked Takahashi. It backfired for a second but still gave her someone else to lean on at school. Why do his actions of wanting to help her at school by asking Takahashi to help seem unbelievable? If anything it makes sense, since he knows Takahashi will help her out.

His new obsession is simply because he feels like he can't help so he figures gaining money will help support them. Also not randomly super new. He tried to pay for stuff early on but they wouldn't let him. Notice how he starts continuously bringing them new food and whatnot. I mean he knew her stomach was hurting and wanted to comfort her. So he took the chance and went there. Considering the dude has a ton of free time and not much to do after all that shogi playing, I don't see a problem with wanting to comfort her. Since he thought she might be doing what he was when he was younger. He put the jacket on her for partially so they didn't get in trouble because yeah even he knows it is weird for a higher schooler to be with a junior high school student, but it wasn't to be malicious. Are you sure you are not kind of misinterpreting these scenes? It isn't like he started sneaking kisses with her or glances of her in a sexual way or anything. He simply wanted to be there for her since he had no one when he was younger. It almost feels brotherly honestly.

Also, the family has even stated that they trust him with her. Heck, they even left them alone together in the house and nothing happened, granted her telling them about their visit was fine. She wasn't acting all scared with them or anything and they know Rei by now just simply cares. Again I don't think he is actually showing romantic feelings for her. Will, he later down the line? Maybe? I can't say again haven't read the manga, but at this point in time not really. And if so he is super unaware and none of his intents were meant to be romantical anyway.

I honestly think you are just confusing the romance vibe because of people out there that do ship them. Again at least this early on in it all.

Quick edit. Haven't seen Honey and Clover. So I can't say. I do also realize you like the show. Not trying to be a terrible fan. Just was interested in either clearing things up or at least a discussion. So I don't mean to come off rude if I do. :D

Calal-Chan Feb 14, 2020 12:00 AM
The thing is their relationship isn't even that weird. At this point in the story, he clearly isn't showing actual romantic feelings yet. Not to mention they are only 4 years or so apart and when they both get to be 18 and above the gap won't be that far off if they were to get into a relationship. (granted I haven't read the manga) The bullying arc is very hard to watch for sure, but it helps develop literally all of the main cast including Akari who had missed out on a ton of said development in season 1.

I guess I just don't get what was so cringe-worthy or awkward about it. It felt incredibly natural for Rei to consider her and even Akari has his saviors considering he had been kind of blind to all of this during the first season when he couldn't get it through his thick head that these people clearly helped him from his depression. The second season basically wraps all this together and defines literally all of their characters. I myself couldn't ask for anything more.

Calal-Chan Feb 13, 2020 3:29 PM
Interesting to see someone not enjoy the second season of 3-gatsu quite as much. For me, the writing became even tighter than the first season. I have literally never jumped to a 6/10 for what I scored the first season to a 9/10 in literally forever. Odd.

I suppose it can be seen as lazy. I personally find it nice in this case, as it ultimately showed that these guys can use avatars, as rudimentary as that is. I'd actually find it a bit lame f they didn't do something like this and instead made it so that everyone took the route of the protagonist as basically used his real face and body.

I see where you're coming from. It would've definitely been better if we knew ahead of time and our some emphasis on how the fight amazes him rather than the typical "oh wow that fight I just finished seeing was so cool". Well, I guess we'll have to see how the new series handles things at this point.

CodeBlazeFate Feb 6, 2018 5:48 PM
Hi there. Just here to clear up something about your assessment of the Build Divers prologue.

Initially, the fact that there are animals would seem out of place in the world of Build Fighters and just be a slap in the face to the consistency of the world. However, as it's revealed that this is a virtual reality game that people are participating in, it stands to reason that these are merely avatars interacting with each other and Gunpla, so inevitably, some would have animal avatars or otherwise seemingly nonsensical ones, such as in the game VR chat.

I also don't believe it's fair to criticize a prologue showcase for mainly focusing on an exhibition of the concept via a Gunpla team battle whilst tangentially relating the MC to this whole endeavor via him witnessing the fight as a captivated and inspired audience member. If anything, it's better to criticize it for how well or poorly it handles that aspect. But eh, to each their own if you don't care for the short personally.

Cheers for the heads up.

Is is subbed? Where do I even go to watch live action japanese films?
Is there a nyaa for this stuff?