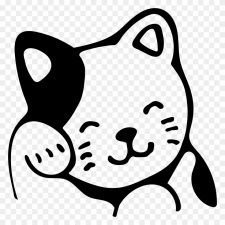 Yomisuki Feb 2, 8:58 PM
I've only seen the first half of xxxHOLic and that was 10 or 11 years ago. It was actually one of the first few anime I ever bought. I'm saving the DVDs for whenever the wi-fi goes down, so I have something to watch that I haven't seen before.

Are you much into Chinese-produced anime? What are your fave titles so far? Are there any that you would particularly recommend?

I actually mentioned the episode set in the library in the desert with the owl to another MAL friend I was talking to about Avatar. The Blind Bandit was another memorable one especially as it marks Toph's entry into the series. The fortuneteller one was quite comedic and a nice change of pace. 'Should I have mango or papaya for breakfast today?' I also liked the episode where Katara does a beauty makeover thing for Toph. I'd say book 2 was tied with book 3 as the best for me, with only the 1st book being a little bit of a step back in quality because of the episodes The Great Divide and the ones with Jet and his gang. Those episodes were a bit average writing-wise but the series seemed to hit its stride with the 2nd and 3rd books. There are basically no weaknesses or faults to be found in those two seasons for the type of show it is.

Edison-sama Feb 2, 12:24 PM
Yeah I'm watching a lot animes and as you said I'm surrounded by them starting from musics , spotify , etc plus all my social nets.
Golden kamuy, i have heard about that anime which is a good one.
I will read some nw and thanks. Ty! Btw have fun, too!

AnimeCreed Feb 1, 8:01 PM
That is true
Oh really?
I can't pay attention if i do that lol

Thats cool, what kinda music do you listen to?

AnimeCreed Feb 1, 3:08 AM
If i was younger i could easily watch way more anime lol
Oh okay that make sense,

But sill you did complete alot anime compare to me
So like how did you hear about anime?

AnimeCreed Jan 31, 3:58 PM
I could binge watch still but i have other things to do like when you grow older you'll have more responsibilities....

I may heard of it but i can forget easily lol

Its on & off for me since i watched when i was kid like pokemon, yugioh, dbz, digimon, yuyu hakusho etc
I did watch big three primary (OP,Bleach,Naruto) which expand to alot other than genre
Wbu?

Yomisuki Jan 31, 3:57 PM
I was intrigued by the good reviews for Raven of the Inner Palace and the 'josei' target demographic. It was between a 7 and an 8 for me in the end. The artwork was really sublime and conveyed the traditional Chinese setting and atmosphere and helped set the mood of the mystery stories. Something about the priestess female lead solving mysteries with her supernatural powers reminded me of xxxHOLic - if you've ever seen that. It was a nice slow-building romance story between The Emperor and The Raven Consort as well. I wouldn't mind a 2nd season to see what comes next for each of them.

I was just talking about my fave ATLA moments/scenes with another MAL friend earlier, so I'll requote myself:

From the top of my head, I would say: Aang's dance with Katara - great music as well. Zuko and Iroh opening their own tea shop. Aang and Zuko performing the fire ritual before the big dragon. The episode before the big encounter where Aang can't sleep. The theatre play that dramatizes the story so far but in a silly/funny way, with a girl with a shaved head playing Aang, 'I just want to be your friend Katara', and a buff hulk playing Toph, and innuendo that Katara 'likes' Zuko. Iroh's transformation when he looks down and out, and broken and pathetic in his cell, and then jumps up and starts doing push-ups, pull-ups, and sit-ups like something out of a Rocky movie lol. Zuko befriending the gang after he's undergone a profound transformation, and then accidentally burning Toph's toes was an emotional and transitional part, and so was Iroh singing 'leaves from the vine' for his dead son. That was one of those moisture-in-your-eyes moments - especially as the VA Mako had passed away while working on Avatar. Also, the episode where Soqqa crafts his own sword was entertaining and a nice change of pace. And the downtime, teen romance parody episode featuring Zuko, Mai, Ty Lee, and Azula was funny and added a new dimension to things. It's nice when an episode goes off on a different tangent and with a new style and vibe like that.

What are your top memorable and favorite moments from ATLA? And thanks for the birthday greeting :)

Yomisuki Jan 31, 2:30 PM
What are some of your fave non-MAL animated series?

Yomisuki Jan 31, 12:15 PM
It's been maybe 5 years since I last saw ATLA (need to watch it again really) but I have seen all 61 episodes 3 times, and I still remember Zuko saying something very similar to: 'What would my uncle say in this situation...something like (assumes Iroh-esq tone of voice): You have to look within yourself to save yourself from your other self. Only then will your true self reveal itself.'

It would have been quite impressive if Zuko had thought that up on the spot in the spur of the moment, especially as you hadn't heard him say anything similar to that before, but rather than an outright fabrication in imitation of Iroh, I thought perhaps Zuko was remembering something Iroh had said. Although, I think I remember Zuko seeming surprised and pleased afterward - that he could come up with something like that, which suggests that it was perhaps completely his own creation. I've had that quote attributed to Iroh for a few months now but you're the first person to mention it was actually Zuko who said it. Congratulations, you passed my Avatar test. Here's a limited edition Zuko and Iroh picture as your reward! 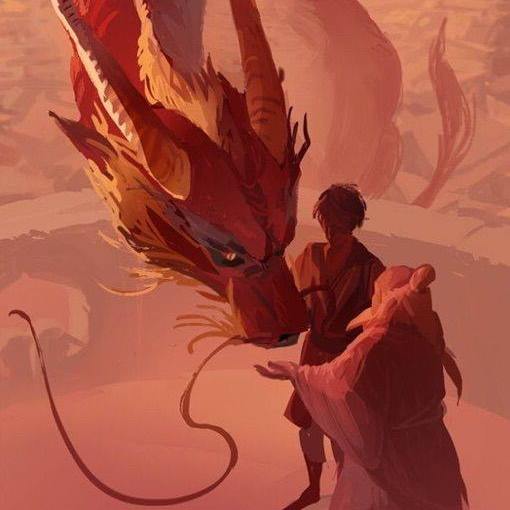 I think I will modify the attribution for that quote now. Thanks for reminding me about it :)

dhb1048596 Jan 31, 10:35 AM
Thanks again for giving great recommendations, I appreciate it that can always count on you when I need recommendation on a certain genre

Other than Alexander the Great, is there a particular event or person in history that interests you or you liked reading about?

I also like history, I remember when I was a little kid, I always go to my uncle’s place to read many of his encyclopedias about history. I currently owned most of them now when my uncle gave it to me when I entered high school. Those encyclopedias were really helpful for making history assignments and projects.

That’s cool that your father is a politician, but politics is really not for everyone. I find them boring when I was young but as I got older, I kind of understand how important it is. Sadly, politics is one of the few topics that I find hard to talk about because I don’t know what my political ideology is until now. Maybe in the future I can understand it better.

Has SEKAI NO OWARI have an anime opening or ending yet? I like how catchy and chill their music are. I’m not into kpop or jpop but lately I’ve been listening to a new kpop group called NewJeans. Do you know them? They currently only have 6 songs and 4 or 5 of those are really good. I’m surprised at myself because it’s the first time I became a fan of a kpop group.

Thanks for the kind words, it gave me confidence again to work hard. I’ve gotten a proper rest and sleep these past few days so I feel recharged now. You too, don’t forget to take care of your health.

When I’m bored, I always watch action movies like Die Hard, Black Hawk Down, John Wick, etc. to fight boredom. For me those are the movies that makes me happy and it gives me inspiration. Sometimes I will also watch classic horror movies for the thrill. You should try it sometimes, maybe it will fight your boredom.

I didn’t expect Lycoris Recoil to be disappointing. I just finished it a while ago and the last episodes were really unsatisfying, especially the characters. It would have been a good anime if Chitose finally chose to kill. It’s really annoying how she choose to be a pacifist right up until the very end. Lycoris Recoil had promise but the good part never came, this anime reminded me of Wonder Egg Priority because they’re both interesting from the start but falls flat in the end. I’m still thinking if I should give it a 3 or 4 but I’ll decide tomorrow.

dhb1048596 Jan 30, 8:12 AM
I’ll take note of that when I get to watch Bartender soon. Do you know more anime series like Bartender and Isekai Shokudou?

Did you enjoy learning the history of Alexander the Great? One of our classes before is studying military strategies and Alexander the Great is a notable figure when it comes to tactics and execution which led to his successful campaign as King of Macedon

Btw do you listen to kpop?

Mostly I’m taking a break from internet, I’m very busy with work these days that I don’t have the time to open my phone or computer because I just want to rest my eyes.

Why have you been bored lately? Do you always get bored?

Oh is it long series?
I have never heard of it before...

HimeCrycho Jan 29, 7:53 PM
I haven't seen Yashahime yet!! But I did hear about Sesshy and Rin. Miroku was my favorite because he was so charming and willing to risk himself all the time by using the wind tunnel in situations that he knew would be detrimental to him like poison! Team player for sure. I could not do what Kagome does either xD I actually own the entire Inuyasha manga!! It takes up more than two rows on my bookshelf!! Hope you are having a good year!

AnimeCreed Jan 29, 10:43 AM
There is something going in my life whether be events or errands but today i'm just chilling lol
Oh no :(
I hope you're feeling better
Do you have cold or fever?

AnimeCreed Jan 28, 12:36 PM
Oh wow i just appreciated the gesture thats all
I'm okay just busy with life thats all
What are you watching atm?
All Comments