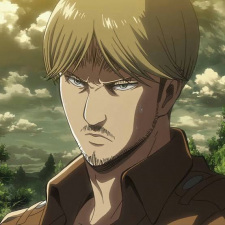 Piogigl Jun 6, 12:56 PM
No, never skip games, your options are to start over or to seek help from the covenant of Greasers, they will assist you in one fight, however god will be pissed at you for becoming one of them and he will execute everyone except you, and you will have to complete Shadows of Chernobyl side quest and find and kill Strelok. PS amazing plot twist at the end of the questline.

Piogigl Jun 6, 12:00 PM
I relaly dont want to spoil the game for you but some players quit the game for good because of the plot twist where Randy is actually revealed to be Saber of Red, he then kills Lord Tachanka and you will have to face Oryx the Mad God solo before taking him on, which is an extremely hard challenge for new players, so make sure you kill him when you find him in prison

Piogigl Jun 6, 11:24 AM
Great job, now you should move onto the sequel Dark Souls 2/Grand Order. I recommend starting with the class Ruler as it has one of the most powerful Noble Phantasms, if used correcty of course. Also, don't forget to talk to Spirou because he will be able to assist you during the Hollow Knight boss battle

Piogigl Jun 6, 4:41 AM
OK bro, you should be reaching the Mojave desert soon, there you will face the final boss of the game, Legate "Crestfallen" Lanius, it is an extremly challenging fight, so prepare at least 5 spare mags for you AR-15.

Piogigl Jun 5, 1:27 PM
bro wtf why are some fucking noobs contacting me about dark souls tips who did you tell about me

Piogigl Jun 5, 12:24 PM
Are you a new player? Those items are terrible! You should use the Raw Strait sword hilt +10 and Hollow thief set +5, no shield required because you will two-hand your weapon.

Piogigl Jun 5, 11:05 AM
Of course! I recommend leveling resistance, as it is the most useful stat in the game, especially for capra since it is a 1v3 battle. Good luck!

Piogigl Jun 5, 9:58 AM
happy birthday bro, may you have a great day

DaMustang_Car Apr 28, 4:17 AM
Your about page is one of the best things I have seen

Check my School Days (TV) anime review, you could understand that how School Days is one of the worst harem anime and it so pointless value!
https://www.anime-planet.com/users/AlchemistDaisuki/reviews/30047

Also, The Promised Neverland Season 2 is water down My Hero Academia Season 4 or Sword Art Online both of anime and much going downhill just unlike Attack on Titan Season 3 Part 2 so much!
https://anime01kingdom.com/other/81777/