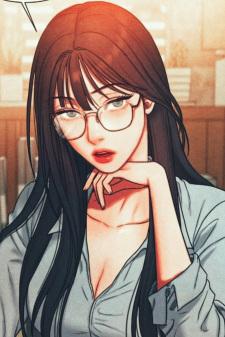 Fario-P Sep 22, 2022 9:53 PM
hello, sorry for random comment but i saw your hidden gem yuri lovers stack and thought it could use Uta∽Kata.
maybe give the show a shot!
https://myanimelist.net/anime/688/Uta%E2%88%BDKata/userrecs

Scarlet-Khaleesi Aug 10, 2017 6:38 AM
It's been 7 years since I got into 'on hiatus mode' from Y!A and MAL (the same goes with watching animes and reading manga/manwha) to focus on RL matters back then. I just recently decided to go back on MAL. Y!A anime Poll groups seem to be pretty dead now, anyways so, I ain't looking for them anymore. I just happen to need to look into my old account to list some animes on this new account and then I saw yours on my friends' list and you are still active, so .. . ---

thanks for the friend request and nice to meet you again! ^^

P.S. https://myanimelist.net/profile/Scarlet_Rose?q=scarlet-rose here's my old account-- not that it mattered that much.. just for reference on what account I'm talking about teheh

Scarlet-Khaleesi Aug 1, 2017 6:21 AM
uhm, this is so random. but you were one of my online friends listed in my old MAL account. are you by chance also from Yahoo!Answers comics and animation active member from before? --names's Scarlet_Rose on my old MAL. yeah. it's freakin' random of me to ask.. ^^ I've been on-hiatus on MAL for sometime now and just recently decided to join again.

Playcool Jun 2, 2015 7:46 AM
While I dont agree entirely with your score, having readed Blue Friends, to chapter 8, it was a very enjoyable yuri story, thought the romance could had been a bit more clear. Like here and there they say their feelings but after it seems the other party almost forgets those... and the ending while very satisfaying, come on Misuzu, open your eyes already!! It is like she still doesnt get Ayumu likes her, and then next page, they are kissing, without Ayumu cleary saying her feelings.
It does gives a conclusion, that they will be together, but I wanted that scene to be a bit more extensive.

Also season 2, volume 3 is not a sequel but more like a spin off.

That is all, thank you. Have a nice day~

Same as last time, hadven't had time to do any cards recently
but had some done a while ago, so I will deliver those now. So if you would please look to see if you have some cards, please save and rehost. If there are any problems please let me know!

Also just doing some research, which website do you guys prefer? In picking up cards from, wise. i.e..: Photobucket, Minus, SOS, DropCanvas, Mediafire, Imgur...etc.
If you know of a website that does the following, please let me know:
1.FREE
2. Easy Share link
3. (optional) Drag and Drop
4. Organizable, (folders, rename, etc)
5. Sort by options
6. (optional) List View, Preview before download
7. FREE
8. Good amount of storage
9. FAST
10. FAST
if there are any problems please let me know.

Hi, again, sorry to bother you with this semi-active(?) club newsletter.
Well, the Shitsurakuen FC has started to try and become active yet again.


So, if you're interested in any of this things, be sure to check out the club.
Again, sorry for the bother, and thank you for your time.

Hello! There are some cards that I need to deliver and they may be a year old!
I know I totally forgot about some of these LE's and recently discovered them
undone and undelivered! So if you could please look to see if you requested a card
from me. Some LE's will have a link to the original post thread with the requests you
have made, along with link's to where you will find your card.
Sorry again, :(


if there are any problems please let me know. :: C.C.O. Official Newsletter::
Hello everyone! How are you doing? This is C.C.O. talking 8D
Some of you are still active in the club but to those who are not, it might seem a long time since our last announcement.
Although this is surely the first time we send you a big newsletter since the mass messages have been taken off from MAL a couple of years ago.
You might probably know this already but we just wanted to be sure to inform you that our club is still alive :D
Actually, it never went inactive in the past years and we are proud to say that we are older than two years (half way to the third actually!) and we'd like you to be active again in the club, so feel free to pass by anytime if you still have interests and fun in claiming ;D
That said, let's just pass to the curious stuff:
• We have a new main layout made by ahin, with each direct link to related claim topics and claimed list! You can visit the club to take a look!
• The current newsletter is just an occasional one that is sent to all 1000+ members of our club.. Although, we are willing to start sending regular newsletters to members that would like to receive them, so if you'd like to receive more informations just sign up here!
• Also, you can find a summary with useful links at the Claim Menu Navigation topic! We've made this to have more order and un-stick many claimed lists the way to leave the club some breathe. Check it out, maybe you might even find some claim who is new to your eyes ^^
• Little memo for everyone, since more than a year now, we've introduced the Badge System, if you want a banner to be made by Staff you need to be registered in the topic! Also you can find out in the Badge Storage if you've already requested it because there's a list of every member and the link to their already made badge, as well you can see if your post may need to be fixed someway!
• Destiny Topic finally reopened after a break and now it's having a new theme! Come to claim if you still didn't have a chance to! It'll probably stay opened until May 10th.
• A recent new claim topic opened: Tribute Reload, it gives the opportunity to everyone who missed a previous tribute in the regular voices topic to claim a role of a Seiyuu they like as well as to claim a different role of a Seiyuu you previously liked to tribute!
• The Category topic is still weekly as always: This week's category is Creatures!
• C.C.O. recently hired a few new persons but we are always looking for anyone that would like to help! Here is the recruit topic if you'd like to volounteer!
• Last, but not least, we are currently having this special game topic who needs anyone to register first, in order to get a gift later ;D