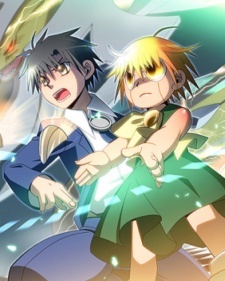 AIM: to be anime/manga master
MSN: no
Yahoo: NOOO
MY TUMBLR PAGE: .....dead so whatever

romagia Jun 15, 1:53 AM
i cant wait to not see any buzz about this when it actually starts airing! just like with digimon tri

romagia May 25, 8:22 AM
yea, on anime there are more i put on hold because they arent available/translated
but manga have this unique problem of being ongoing for many years, so i think on hold also fits for this case

duel masters is unfinishable :))
it has like one new season per year and i dont think anyone uploaded them even raws
it was a fun series to watch on tv in childhood, and to play the gba games, but it's not one you can find comprehensively documented and uploaded online i think

what do later vanguard seasons do so it doesnt feel like a childrens show? :thonk:

phi brain is actually directed by Junichi Sato, the legend behind Princess Tutu and Aria :O
but yea its very rare to find other fans :))

romagia May 22, 2:33 AM
for me adding manga to On Hold signifies the moment when i should stop thinking about the ongoing manga :))

grimgar is the isekai of whose light novel i am like 2nd most interested in, after re zero.... if i had the infinite motivation to read light novel it would be high up on my list
i liked grimgar anime because it had that nice watercolor art style
it's also the very first novel that was licensed by j-novel club i think

by vanguard you mean cardfight vanguard? like.. are you watching the whole 10 seasons of vanguard? D:
i watched a bit of that when colorful pastrale started airing but i really dont understand how people can watch hundreds of episodes of children card game anime (also yugioh)
i watched Duel Masters on tv in childhood, and YGOTAS, and i cant take that genre seriously anymore, especially with 22 min eps

tho this reminded me of Phi Brain, the superior game anime with extremely spiky haired protag; it used to be on my profile favs

romagia May 17, 7:37 AM
i for one keep them perpetually on-hold until i feel like getting up to date, or they finish.. this is the long term plan

now that i look at grimgar's mal page im surprised how popular it is..

romagia May 17, 3:51 AM
reading ongoing manga is suffering.. this is why i dont want to read Darwin's Game

but after looking for debt-themed manga, i coincidentally stumbled upon Tomodachi Game in Kakegurui's user recs and started reading it ;-;
this is the rightful successor to liar game , but it's still ongoing

tate no yuusha, like with most isekai, i watched because of friends influence; i generally dont like action/adventure/fantasy anime enough to start watching them myself
i liked the middle arc how it plays with more realistic outcomes of various fantasy rpg quest tropes.. but for this aspect i think Grimgar was better

at 2k+ manga it's pretty much the expected outcome to forget.. short meh-tier manga dont feel too memorable in the long run

romagia May 11, 4:17 AM
ok i finished my winter 2020 seasonals
Darwin game i'd say is one of the weaker anime in the elimination game genre, but still better than Fate and most superpower battle series....
it's also an obvious incomplete adaptation and i heard the manga gets more interesting so i'll deffo read it, but maybe when it's closer to ending

on a related note, Btooom manga translation finally ended and i binged it @w@ reminds me of why i love this death game genre
when i first read Btoooom, the anime was not even announced yet, and i kept an eye every once in a while to see if it's ending..... this 10 year journey is finally over

and on an unrelated note, someone mentioned why is there no anime about debt, i searched mal and found The King Of Debt, and you are the only one in my list to have read it, and also the only one on the entire site who rate it 2... now i better understand why your list is private :))

Miss_Violet Apr 19, 4:40 PM
I am also hoping that this Pandemic will end soon.

romagia Apr 15, 9:14 AM
i think different interpretation of the details from bible

Darwins game manga is still ongoing i sure hope the anime doesnt have a dissapointing ending >_>
Somali to Mori is very beautiful as expected from Satelight, nice to see them doing something that's not sci-fi

does chihaya even have some long term goal?