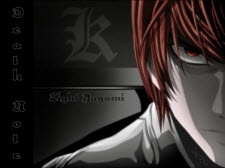 The_SilverKey Apr 18, 11:24 AM
Awesome profile and guide provider to learn japanese. Also, a Yuri enthusiast. You're a legend man!

Playcool Nov 3, 2016 5:56 PM
Wait, you are the guy that translated all the previous SonoHana games?!

1waifu4laifu Oct 17, 2016 2:09 PM
Really, really thank you for writing all that info! I would really like to participate in translations groups, mainly because of how frustated I feel when a yuri manga isn't being continued anymore. I'm bookmarking your profile, really thank you! Finding your page was like the final push to finally start learning japanese

megmica Apr 16, 2016 4:07 PM
Hi there.
Read your profile make me want replaying flowers again :( agree with you too, I liked Mayuri's voice. so calm and soothing.
but because I'm like book geek, I more prefer Shirahane and Erika.

Nice to meet you. :D

pjburton Jan 2, 2016 6:39 PM
Nice Japanese learning blog I myself am learning Japanese I have been at it for around 6 months now. I greatly appreciate the time and effort you put into making this guide for all of us interested in expanding our language skills.

Miiashh Sep 30, 2015 11:18 AM
I love your profile and how much motivation you have. I'm trying to study japanese as well and everything here is so useful. Greetings, you're such an inspiring person, senpai! :)

Anyway, you have a really interesting profile and we share the same love for the Japanese language (via the discovery of anime). I didn't know about Japanese subs... I will try it as soon as I can. I studied the Japanese language for five years (in school, not by myself) but I'm still not good enough to look at an anime without any subs. It may be a really good way to improve. So thanks a lot!

(I'm also a sucker for VN and want to become a translator, we really have a lot in common (in an non-original way).

Thanks again and good luck~

-Kitsuneko- Jun 30, 2015 6:05 PM
That information is very good and I like it so much, this will help me with some quick translations. I want to thank you because it's ducking hard found someone that have spirit to learn japanese and help others. Your MAL profile is now on my bookmark. And this info will help my friend, too; so thank you very much. I love yuri, played all Hanabira VN except for New Generation and I'm now interested in Flowers - Le volume sur printemps. Again, thank you. You're such a good person I think. ^^

y0r0k0bi Jun 21, 2015 7:52 AM
wicked. Love your motivation and energy. Its inspiring! Will be back to use the resources you posted and to remind myself to always work to better oneself! :)
All Comments