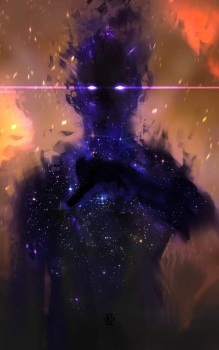 How are you doing ?

pleaseee pm me for fast reply!

Tengai Jan 2, 2015 3:15 PM
So sorry for the late reply. I have been busy these past few weeks (technically last year). You know, Christmas and new year stuffs....of course, Anime, too.

Anyway, even if it's late, merry christmas and happy new year :))

Oh, I see~ Did you take the exam online or something??

Yep, and you will improve through time!!

It's about to end now, though T^T

Well, just watchin' Anime and hanging out with friends. It's currently my Christmas break :3

How are you today ?

Yeah, my opinion about Mecha Anime might change sooner or later ^^

No problem, it's really cool and simple, okay. I see, it'll just come and surprise you ;)

As of now while I am replying, you are currently on the 2nd season already. I heard that it's good and brutal, it has some nudity too, right???

Is Break Blade good, does it have romance??? I am not really a fan of Mecha but I still watch them. That's really cool!!

FauxAzn Feb 12, 2014 7:36 PM
I actually like both list designs! This one's strength lies in its compact utility and the easily viewable pictures while the pics took more effort in the previous one, but the previous one had a more original table design while this one's table seems very generic at first glance until you hover over it, but most visitors tend not to get much farther past that first glance I think. All that said, I'm not a very artsy person at all, actually pretty far on opposite side of the spectrum as I hail from the engineering world, so please don't mind my dim observations.

I'm eagerly waiting for Korra to finish before trying it myself. It's the same with anime: I avoid currently-airing shows because it just kills me inside waiting a whole week per ep, especially if the show's actually good. Get so addicted >< So jealous of all you patient gurus that have that kind of tolerance.

I've tried 5 episodes of each Natsume and Mushishi, but I don't think they were for me =/ But I've heard that Natsume gets better and better with every season, so I'm sure I'm missing out there. For Mushishi though, a friend that liked it enough to give it an 8 still admitted:
Even so, I've got my fair share of confessionals; for instance, I totally 'get' Mushi-shi and appreciate its artistic merits and contribution to the medium as a whole, but DAMN if I don't find it boring as watching plastic decompose.
All Comments