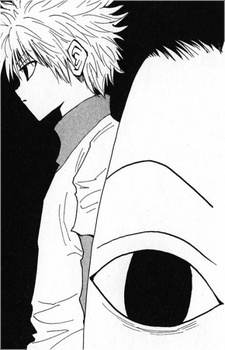 Before we start, let me tell you that, in my opinion, you have way too many shows on hold and planned. Having watched around 100 anime, it's not realistic to know the next 100 anime you're going to watch, and that's not counting the 60 anime you have on hold. You'll probably want to get rid of ~90% of the anime in both lists if you don't want your lists to be like some users here who don't even know where to start. Of course, this is all up to you, I'm simply giving you my point of view, but if you watch, for example, Zankyou no Terror after almost a year you'll probably be disinterested and not enjoy it. By the way, holy shit those comments in the anime (I only understood a little bit because Spanish and French are marginally similar), now I know you'll probably have no complaints about me writing a lot in this comment hehe.

Looking at your list, I can see that you like school comedy such as School Rumble and Genshiken. Apart from that, you also like more "adult" shows, focusing more on the psychological side of things. You'd probably enjoy things like Death Note and Psycho Pass, but I'm not really going to recommend the most popular anime in the site or an anime I haven't watched, so let's go with my picks.

If length isn't an issue, I'm pretty sure that you'll like Great Teacher Onizuka a lot. It's a comedy show about a teacher who used to be a gang leader that tries to gain the trust of his students, who are unbelievably adamant to get any teacher they get fired (his backstory is from another manga/anime, and the anime "prequel" is pretty difficult to come by except for a certain well known illegal streaming site, but it's by no means necessary to watch/read first since the story is independent). Apparently, it diverges from the manga midway and that's probably why it loses some steam, but overall it's a quite enjoyable anime.

Since you probably want a shorter anime for this item, I'll try to tone it down a bit and leave GTO as an extra recommendation. For a school comedy, I'll give you Azumanga Daioh. As far as I know, Azumanga is one of the precursors of the slapstick comedy in anime. With a diverse cast (in personality, not genre), it mixes in comedy and slice of life, much like the aforementioned School Rumble and Genshiken. Even though it's 24 episodes long, it doesn't really get old since it's a wide cast and it mixes in teachers and students over a long period of time, making the situations different even if it's the same thing one year later.

The next anime I'll recommend you isn't Shoujo Kakumei Utena, which fits "drama, mystery and school" like a glove and is widely regarded as a masterpiece, but its younger brother Mawaru Penguindrum. Mawaru is difficult to describe as an anime, and I won't even try, just letting you the chance to watch it for the challenge. If you want, you can read about the Sarin Subway Attack in 1995 before watching it, as it gets referenced many times and it probably assumes that you know about it (and you would, if you were Japanese). I recommend you not to put things on hold in general, but this is further emphasised in this anime, since it gets hard to follow as it is.

My final recommendation isn't just an anime, it's THE anime. Probably the most influential anime of all time alongside Evangelion, and the precursor of anime as we know it today: Suzumiya Haruhi no Yuuutsu. I'm not all that knowledgeable about anime history, but I can say that light novel adaptations, animated dances as an ED and some other stuff that now is seen as normal weren't a thing before this came out. As the MAL page says, there are two orders you can watch the episodes: the chronological order and the airing order. I strongly suggest using airing order if you ever watch the anime. The reason is that the anime is adapted from two volumes of the novels. The first volume has a strong finale, and the second volume is just short stories (pretty much like the third volume/second season, before the film picks the rhythm once again). If you watch the anime in chronological order, you'll get the strong finale in the middle of the anime, and then you'll know everything and there will be no mystery at all. Airing order is different, since you don't know why some things happen, making it much more interesting.

I hope you like whatever you end up watching, feel free to tell me your opinion after you watch it (or whenever, really).

I thought I would take this time to thank you for the manga you recommended me; Higurashi no Naku Koro ni: Onikakushi-hen. I know right? this is 6 months late this "thanks". I apologise. I never got around to it as I was stressed about whether my review on it would never be showcased. It seemed to take forever so I thought I would just give up and forget about it and never thank the people who recommended me the anime and manga to review However, it has now been posted on the announcement thread so I thought I would take the time to thank you personally. I really liked it and I am still watching the corresponding anime. The second last arc of the first season anime is really good. I am about to watch the last arc. I'm preparing myself for anything :P

Anyways, thank you so much for recommending me Higurashi. You can go read my review on the thread if you like.

Is there any other food that you particularly like?

Ardanaz Dec 30, 2014 9:18 AM
Hey there! Thanks for the Hatsukoi Limited recommendation!
I'm at 8/12 and am enjoying it so far. It's a little tricky to keep track of the characters though, because there are quite a few.

Thanks again and hope you have a great new year!

The artist really knows how to draw cute girls.