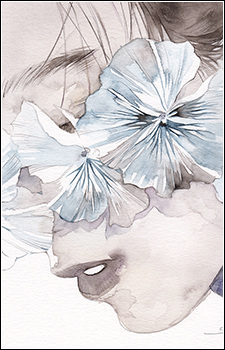 shinrinyoku May 12, 8:58 AM
nice news to log in to: Hanyou no Yashahime: Sengoku Otogizoushi

YumiCookie Apr 18, 6:34 PM
Have any favorite what? People? Not really, it's the first time on here that I've even added friends. And actually, even though I'm using MAL now, I still have a lot of bookmarks I'm too lazy to sort through currently lol. Got through a lot at least. Anyways, it seems like you probably wouldn't play games as much as I do, seeing as u mostly play it to pass the time. I was curious if we had anything in common besides watching anime and manga since, ya know, I"m just curious as to what people do on here after they become friends lol actually, one game that you might know (since it's kinda anime-related) is Osu. Ever played that? I play it occasionally. these days I play games or watch anime/manga to pass the time. wbu?

YumiCookie Apr 10, 9:19 PM
i'm sure you have something interesting about you lol
do you play any games?

and it's kind of a long story, but it started with me wanting to clean up my bookmarks because i had wayy too many anime/manga-related ones (and other stuff) and it made chrome kinda laggy. but i really, really wanted to be able to remember all of the manga and anime that i've ever read, had on hold, or even ones i'm reading/watching and all that. i'm just sorta particular about keeping track of them? anyways, i guess i just decided to start using MAL for what it was made for lol the other thing is, back then i didn't really notice that there was a way to interact with other people here, so now i kinda wanted to see what people on here are like and what people usually do on this site besides making reviews of anime/manga and stuff. i'm mostly just using it to keep track of my stuff though

YumiCookie Apr 9, 11:55 AM
i looked at MyOliver_7's profile since they just added me and saw you. lol yeah, kind of random

i haven't really used this website for years until recently, so i'm checking it out more now.

so for starters what are you favorite pastimes?

YumiCookie Apr 8, 8:32 PM
nope, just wanted to make some friends on here. i noticed from your profile you're a bts fan?

Kineta Feb 27, 4:34 AM
I think your voice is one to two octaves deeper than I remember haha. Didn't see any other comments, don't worry!

oh btw if you didn't get it, that's my way of telling you a happy late birthday

Blanchy Feb 19, 8:31 AM
not sure i can tell you this on the exact day, so here goes
happy birthday!! look your age number went up

Hokuto_no_Lied Feb 15, 2:42 AM
Just noticed you in the forums. Nice forum set.
All Comments