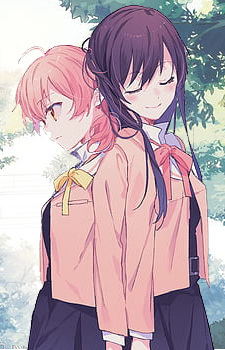 Voryn_Ur Jan 22, 1:09 PM
Hi, I saw your list of animes that take place in Spain or have some reference to Spain and decided to help indicating a work that isn't present in the stack!

The anime in question is Master Keaton, more specifically the OVAs. In one of the stories (A Message from Alexeyev - Ep 4), the protagonist gets involved in a complex plot revolving a man and a dark secret about his past while visiting Formentera. The episode is very interesting and since it is set in Spain and the story revolves around events that are part of Spanish history, I believe it is an easy addition to the stack.

In any case, I hope I was able to be helpful!

Thanks for helping out with
Secret Santa again!

DieseLeere Jan 12, 2022 4:49 PM
Sorry for copypaste the comment, Also good stuff you send me Sir. I enjoy the three animes of you send me.

ScoomNATO Jan 4, 2022 10:55 PM
hey ! its me i hope you remember me , thanks a bunch for helping me out with the girl who was asking for black antagonists !! you made my first event a lot more memorable and fun !!

Hi hi, as usual, thanks for helping out
with Secret Santa! ✨ 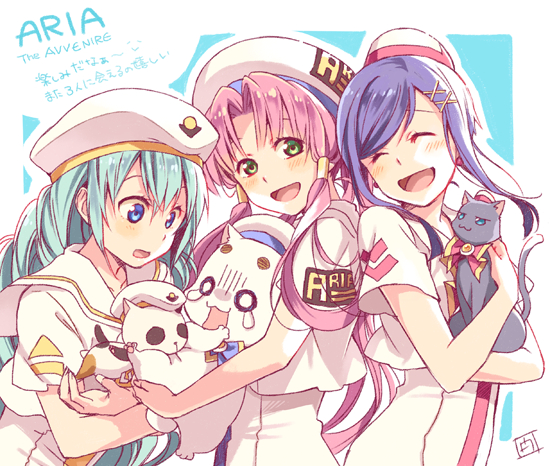 TimidSquid Jan 7, 2021 9:24 AM
Thanks for being one of my Secret Santa elves! Also, I played the game on your profile/blog a couple times and it was pretty neat ^^

justinspatz Jan 5, 2021 8:45 PM
Oh! Thanks for mentioning that Amanchu references Aria a bunch, I wasn't aware! I was probably going to watch Aria before Amanchu anyways, but it's good to have confirmation that it’s better to watch that first anyways. Just a question though, is it the same for Tamayura as well? Does it have references to Aria or his other works? I know that Tamayura is also by the same guy and I’ve been wanting to watch that one for a while as well. I think I’ll see how I feel about Aria before checking out Amanchu
Oh, the “especially Origination” comment was for my friend, not for myself. I think (and hope) that I’ll like all seasons of Aria. I even took your profile game you have set up and got the Aria (Gondola) ending, so I think it’s fate. Don’t worry we won’t skip season, we’re professionals after all. I know what you mean though, I have another friend who would watch romance anime and he’d watch the first episode(s) and then skip to the last episode just to see if the main guy gets his desired girl (he did this with School Rumble). Some people are very impatient…

I think most likely I’ll try out Utena. Female Knights that protect princesses are pretty awesome (see Final Fantasy series), and I hear that she also fights toxic masculinity as well, which is also very awesome. I doubt I’ll ever get to Penguindrum or Yuri Bear Storm anytime soon… those two might be too much for me.

Thank you so much for telling me who my original Santa was. I reached out to him via Private Message wishing him well and he did respond saying he was starting to do better! So that’s a huge relief (he also recommended me some movies).

Thanks again for the recommendations and the response and I’ll talk to you again at the next Secret Santa! (I hope to see my friend request still pending then since it would be funny!)

MisatoMyMommy Jan 5, 2021 8:02 AM
Heyy Conde, how are you doing my Spanish friend?
What the hell is this profile picture? It creeps me out man haha but I honestly like it, a lot better than some uninspired, badly cropped anime character xD

I see that you have read quite a bit of manga, do you have a hidden gem that you could recommend me?

Have a great day and a fantastic new year! ^^

DrunkPenguinz Jan 3, 2021 7:32 PM
Hey, I appreciate the Secret Santa recommendations. I started Mawaru Penguindrum, and it's... very interesting...
I plan on finishing it really soon, because I really want to start the other recommendation you gave me as well.
Hope you had a great Christmas and New Year's!