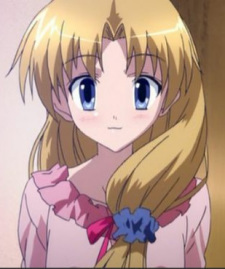 Prasetya Sep 14, 4:15 AM
Hey Mizuki, it's been a while! Seems like you have been pretty busy in works huh since your summer break was over :) Well good luck with both of your work and real life! Hope you can do well and have a nice day too for you. I would be glad if we can talk much in here again and take care :D

MeSsI-AKA-FERNO Sep 2, 12:59 AM
I see, recently thanks to my anime burnt out I feel like reading more. I don't know what's next, maybe the sun rises from the west?

Luka_Kun Aug 30, 11:52 PM
That's awesome that you are finally back to work.
I see well i am not getting enough time to watch anime tbh. Its good you were able to get some time.

I can understand what you were going through, i am glad you are single and happy. That is what matters the most.
So, are you still in between of moving in the new apartment?
Hopefully yeah. Be single and be happy.

Well its good haha idk tbh lot of people are indeed getting vaccinated.
There are anti vax people as well? People seriously have nothing on there hands if they have the time to protest about this LAME.

Prasetya Aug 27, 5:37 AM
I can agree with you that Cersei is goof at being her character since the beginning till the end of the series. I don't really like Daenerys at the beginning, I said to you that I'm interested with the stories of Ygritte but turns out later she died. Daenerys was better in the few last seasons and I think she was cool at some scenes.

Yeah I have vaccinated since around March so it's already long time ago. Thankfully, I heard if you already vaccinated the symptoms you can get will not awful though I'm not sure about that. Well, I only got fever and sore throat and nothing else happened for me. Oh yeah, I heard some people got that too but mostly I know loss sense of smell and taste.

Oh nice, you have many holidays at work :) For me, I don't have holidays that long, only national holidays on calendar and I have 12 days of annual leave for every year.

Luka_Kun Aug 26, 12:31 AM
That is good to know congrats on the new apartment.
Haha i am not really sure about this season i am watching only 2-3 anime from it.
Most of the anime i watch are on going from last season.

Luka_Kun Aug 26, 12:29 AM
PS replying to last message.
Sorry about your relationship, i hope you are doing well now? Are you still single or in a relationship?
Relationship life hasn't been great for me as well. I broke up too recently.

That is glad that you still have positive people around you, i believe we all need someone like that with us to help to deal with this lockdown.
So, are you officially back or its like a on off thing?

Luka_Kun Aug 26, 12:26 AM
Hey. Long time welcome back.
Oh i though i replied to your message previously but i didn't.
I have been away from here. Just today logged in back.

I am doing alright what about you?

D_GeekGirl Aug 24, 3:21 PM
Wow, I didn't know fans were trying to get her to complete it. She has a completely different writing style. It may be good but it would also be so different it wouldn't be the same.

Surprising is one way to put it, LOL

Ashhk Aug 24, 1:34 PM
To be honest for me it can be the best part, like for example I'm not sure if you know the book "Madame Bovary" by Flaubert but when the main character arrives to the city "Rouen" there is a giant description of the city and what she sees for like 15 pages, and it's so beautiful, definitely my favorite part of the book. But yes sure that books like Harry Potter are way easier to read and entertaining especially for young people, no surprise that it became that popular.

Sometimes they do it with a realistic aspect or just that it is needed, so I understand, but "teenage" series like Elite etc are just disgusting.

Especially that it's a series that still continue (or more like got its finale) 25 years later, it must be even more interesting for people that watching it back then and stayed fans during all that time, I only watched it 3 years ago personally

Prasetya Aug 23, 7:29 PM
I don't pay much attention if it's has same scenes with other movies haha. It feels like the ending was kinda rushed for sure with only 6 episodes, should not be like that and have more epic ending. Oh yeah Brienne and Jaime was pretty good pair too. I know, Jon and Ygritte become couple in real life too haha that kind of thing happened a lot. I think Arya is becoming more cool and adult in every new season.

Pretty near then. Oh that's nice, I guess you have some flexibility to do your works like that. Well must be sucks to have very hot summer. You mean before your summer break? Actually most of my work from home was because I got covid, so it's around 2 weeks for my quarantine but thankfully I have recovered now!

Lately there has been raining every day in here. Do you have any other holidays later? Like when on fall or winter break?

Ashhk Aug 23, 2:39 PM
Yes for sure, but when you're a kid you don't really care about the plot, I think you're more focused on the characters directly, that was my case, probably why I didn't like it when they grew older. For sure, that's why it's recommended to start with books like that, but classic literature is more interesting imo, even when you're younger xD Oh yeah I see, it's not surprising since that kind of story became so popular, which is understandable.

I googled it and it's really surprising, I didn't know this place, it's like straight from a horror movie to be honest, it reminds me of when I played the game "The Forest" xD the buildings were similar to the cannibals' ones.

It's especially popular with American people I think, but since Europe is heavily influenced by them they like watching the same things.

The characters were also one of the strongest point for me since I wasn't into the story too much because how I didn't understand everything because I was too young, but yeah it makes sense I think.

Prasetya Aug 23, 1:46 AM
Yep, you should look into it when you have the chance! And I would like to hear how your thoughts later :)

Oh there are some scenes copied from other movies? I don't know about that cause I never thought it haha. One thing I like from the series was Jon Snow with Ygritte but she ended up dying.
I see. I would like to read his review if it's still available.

Well good luck! Do your work place near your home? It must be pretty comfy to be like that cause my office is accross my living place haha. I went out to work today, it has been almost three weeks since I work from home xD Have you ever got work from home?

Ashhk Aug 22, 11:08 PM
I didn't read the books but only watched the movies, maybe the books are actually way better? Well even though I said I didn't read them I still read the 1st book I think but it was a very long time ago when I was 10 years old or something so I don't remember much, Snape is indeed really interesting, too bad the actor died IRL.

I'm sure it was Versailles since it's the most famous one here. It's a bit creepy but it's sure interesting, there are walls of skulls under Paris

Yeah, it's just that I have a Netflix account because it's included in my internet connection subscription, but the Netflix's catalog is different for each country, I think Evangelion is for everyone though, but there are a lot of movies/anime that depends on which country you are. Yeah this one is really famous but yeah that's what I don't like with Netflix, I think the famous series "sex education" is even worse.

I see, they're not really important anyway so it's not a big problem, otherwise if they cleared everything else then that's a great conclusion, I'll try to watch it soon.
All Comments