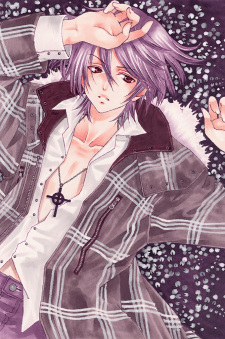 CHAOTICBUNNIE 4 hours ago
Thanks for understanding.


I did a oc cosplay, but the first character from an anime I did was ruby from RWBY.


XDDD I DON'T KNOW! like when I was that age I was stupidly naive, there are so many animes I've seen that I shouldn't have been watching at such a young age. oof really? I'm not surprised also people say that the Rosario Vampire manga is better. NO, FOR REAL, like the openings were good, but the rest of it was questionable to me. ME TOOOO, I forgot the name but it was such a weird concept. OMG, you don't wanna know, but all I'm gonna say is that it's basically about incest, it's honestly very weird and disgusting.


Oh yeah, I've seen that anime. I watch it when I was younger so, I can't remember much of it. I do remember it being very gore, and I remember one of the girls killing that one guy.

Kaseen_Kachow 7 hours ago
YES mah boi Denji comes first
Yes, it’s extremely hot here 75 percent of the year so anything below 70 degrees feels AMAZING to anyone here, especially in South Texas where i am
No its fine, we finished the lesson already. They give us 15 mins before class ends to work on any homework that we have. Btw in in Ecology rn, we just finished a test XD

Laatorii Today, 12:33 AM
Taking a day off got even more difficult with yesterday's news. :(
Just got an info mail that they reintroduced mandatory attendance, meaning if I miss more than 14 lessons during the whole semester I get kicked out. So I HAVE TO attend uni every single weekday now and because of the 1.5h ride there I will be gone every day from 8am to either 4pm or 6pm depending on my lectures :s
Gonna be hard to take a breather when I also have homework, other studying and chores to do but I'll try to at least rest a bit in the evening. We also still need to wear masks at uni, I almost hope they decide to bring back online lectures or at least remove the mandatory attendance, it would save me a lot of time if I at least wouldn't travel for almost 3h daily. :s

Surprisingly enough I never went to a proper korean bbq place so that's on the top of my list :D I found a decent one in the next town over so might treat myself after uni one day or another. I also wanna find a good indian restaurant near me, there is suuuuch a good, small and comfy one here in Warsaw but I failed to find a good one in Germany so far :c

I really tried to enjoy my vacation, visited a museum, a big shopping mall, went out to many tasty restaurants and watched a bunch of japanese live action movies :3 Animes I mainly watched sequels so far: BnHA, SpyxFamily, Pop team Epic, Mob and I gave this reincarnated as a sword and beast tamer anime a try. Tempted to start watching the new Gundam as well despite never having seen any Gundam before but the visuals are so good oof. Will also watch Fumetsu S2 and Chainsawman once they start!

Owwww...get yourself a hot tea and blanket, this weather can be really nasty :<
And dw about the replies, mine are gonna be late as well once uni starts on Monday.

Hope you get well soon and also enjoy the new anime season c:

CHAOTICBUNNIE Yesterday, 12:30 PM
Anytime! also I'm sorry it took me a very long to reply, life has been busy truly.


yep! I started cosplaying when I was 10, so I only did like 2-3 characters because well... I was 10 lol so it's not like I had a job where I can have the money to cosplay as many characters as I wanted to. so yeah, but I do have a list of characters I'm planning on cosplaying in the future. it''s a very long list and I'm still adding stuff to it.


Things are going amazingly in my area! what about you?

I'm doing great today! and you?

OMG, I have a few, for mangas, I haven't really come across one that was bad...yet, however animes... is a totally different story lol.

When I was 9 years old I tried watching Rosario vampire, I made it to the 5th or 6th episode and dropped it. I honestly hated it, and that blue-haired girl only made the anime worst. also others animes I watched when I was 9 years old and absolutely hated them all and I just got weirded out and stopped watching it was this anime where this white-haired guy had to suck on breast milk to survive or something like that. other weird and gross ones where kiss x sister, and yosuga no sora. I also hated high school dxd because it's just too much booba for me lol. but, what about you?

MeowImAvery Oct 3, 10:57 AM
Ohh what was your first anime??
Lol yes I've gotten pretty good at dodging all the black holes ^-^
Good luck on your reading!!

Alpha_Lily_Weeb Oct 3, 10:29 AM
No clue at this point. I wanna graduate Uni first

Kaseen_Kachow Oct 3, 8:58 AM
YES IM HELLA EXITED FOR CHAINSAW MAN
I dont care about school, im staying up till midnight for da first episode
Things in Texas? It’s getting cooler, it went from being 90 to 60 in a few days
Im doing good, im in math class rn

Lulu_Cat Oct 2, 6:39 PM
Hiya! Thanks for the friend request! Hope you're doing well.

Laatorii Oct 2, 5:15 AM
Would be nice but just yesterday I had another occurence of bad luck D:

yeah, there are enough ways to get them hehe

Everyone keeps telling me to take a day off but it's just so difficult aaaaaaaaahh
Especially with uni starting soon again I barely can't allow myself to slack off since studying 2 languages, homework and other chores just take so much of my time already. It's already enough reward for me if I can watch a few episodes in the evening or go for a walk/small shopping trip.

Uni being more chill would save me a lot, the constant grading and expectations are a real pain. I heard from some older profs that some decade ago uni was more chill, with way less exams etc. but now you have AT LEAST one exam per course/lecture :s

The restaurant is right next to a very large shopping center so it's probably also just convenient to a lot of people :D I rather enjoy the smaller and more quite places tho.
Eating out can be really fun, even when alone, I plan on trying out some new places after longer uni days this semester c:

pricing is so dumb, I worked at a gaming retailer for a while and always good a sweet employee discount but now I think twice about buying games or just simply wait for sales :c

I made it to my vacation destination without bigger troubles! Still here for a week, that's also why my reply comes that late, just trying to enjoy my time here. I have to say I did watch some new animes from the fall season already tho, couldn't resist :D

Hope you have a nice next week too uwu

hitsuu137 Oct 2, 5:03 AM
Yeah, work and studies have been keeping me busy. I have finals coming up pretty soon too :(
Ah! Which anime was your first?
Glad to know you’re doing well ^_^
Btw are you excited about any upcoming anime?

ARGANAUGHT Oct 2, 4:03 AM
First of all thx , out of my favorites clanned after story is my no 1 ,center of omniverse is quite comfy,and i'm doing fine today 🙌🏻

Alpha_Lily_Weeb Oct 2, 1:25 AM
Thanks!!~ and with our economy, moving out is as hard as staying in

MeowImAvery Oct 1, 8:48 PM
Hi hi!! Thanks for accepting!!
Fruits basket is pretty good, I definitely recommend if you have the time ^-^
I got into anime around 2013 i think? When did you?
Space is always good lol and I'm good! How're you today??

Alpha_Lily_Weeb Oct 1, 2:58 PM
How the hell are you so sweet? lmao. Thanks! My birthday was indeed great for once and ye I like my taste in anime heh. I first got into anime and manga around- 2016 maybe. Turkey is as sh1t as always and I'm alrighto
All Comments