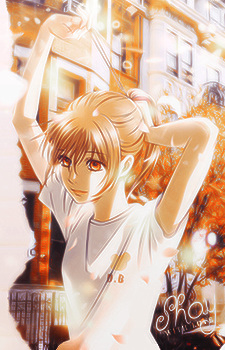 Shino Yesterday, 7:54 AM
Massa this might sounds rude but maybe you need to get your eyes checked or smth? Please do not overwork yourself too much ShayShay, I am starting to worry about your well being here. /sweats/

If both of us turned out to be scanners then the trip wouldn't even come true at the first place. As for me, I totally see nothing for me to lose when I was already travelling to Taiwan regularly before the pandemic starts. :P Why does it sounds like some plot of Great Pretender all a sudden...?

Shino Sep 21, 11:02 PM
I AM MORE AMAZED AT HOW YOU CAN ACTUALLY CALL A MIDDLE AGED JIJI STUNNING INSTEAD (･д･｀o)

A-Are you sure? Σ(°ロ°) You are not afraid that this Pingu you are talking with turns out to be a scammer irl or smth...? ALTHOUGH I'D TOTALLY BE SO VERY HAPPY IF WE REALLY GET TO TRAVEL TOGETHER SOMEDAY AS WELL <33 Let's go and drink as much boba as we could when we are at Taiwan!!

Rainbowsalt007 Sep 16, 6:19 AM
Just a random passer so please don't mind me ^_^ I had to say that your profile layout is super amazing And the fact that you're an ARMY and made this in purple...

Say, I have a really bold idea after reading what you wrote on my profile - How about we both buy flight tickets to Taiwan when this pandemic ends? I'd be glad to be your tour guide and even translator ShayShay. uwu Heck, I swear things I write these days is starting to get creepier and creepier by each day orz

Shino Sep 13, 1:41 AM
One does not simply question how a stalker does his work (｡•̀ᴗ-)✧
I might have slow responses now, however that doesn't change my nature ufufufu. Remember how I told you about my first crush being a Taiwanese actually led to my love towards the entire nation?

Shino Sep 8, 10:48 PM
W-What were you doing at 10AM in the morning?! Σ(ﾟДﾟ)
I am glad that the final outcome of my profile looks pleasing to your eyes, although you have always been really supportive towards whatever I created and me all long. <3 Tbh I feel really sleepy at work today since I stayed up late to complete my layout yesterday night just so that I could post it on 08/09...... How dumb could I be reeee

KarenShirotori Sep 3, 3:27 AM
Haha I'm not doing that again but who knows ┐(´∀｀)┌
Ahhh Nacchan!! He's a good and soft boy and has a twin sleeping inside him reminds me of someone I know from Helios ヾ(＾-＾)ノ CONGRATS!? THAT'S SO LUCKY I CAN NEVER DO THAT! It's already September so I hope your resources are ready for him as well as your gacha powers! Fighto Sereshay-san! (๑و•̀ω•́)و

YAY MORE ATTORNEYS ON MAL! o(≧∇≦o) Would it be okay for me to ask for your friend code now? He is but he has failed me a lot now so I named him "Scammer" on my in-game contacts whereas Luke gets "Bestie" nickname because I have all his perm SSR cards and most of his SR cards come to me whenever I pull ┐(´∀｀)┌ IT IS AAAAAA I hope I can get it since it's very clear now that the global server is a year behind the CN servers so we can get intel to those who are playing the latter. You bet I have by the time you replied! It's a shame I can only have 1 copy of it since its dupes are locked behind real money but probably he'll be added in the rotation pool along with the gacha cards of the set (ー_ーゞ Ooh Artem! He's such a romanticist idk if that's the right term to describe him Damn why do you have that Marius card I've been manifesting to get it right after CBT ended because I actually got it twice in a 10-pull (o_ _)o Yeah I'm one of the 20k beta testers for the game's global launch btw Ahhh that's good! I'll probably try to go for the festival cards when it comes back on rotation. Now is the time to secure Marius's Lost Gold card and if I fail again, I'm gonna riot and quit (￣ω￣)

Haaaaa I just hope so since we still have ichikuji set due for this this year as well. During anniversary pulls, one of Nagi's Hatsukoi Rhythm card came to me and it's a plus because I don't have it yet so the feels are flooding back when it came to me also I didn't get the chance to pull for it when it first came out and play the event ｡：ﾟ(｡ﾉω＼｡)ﾟ･｡
It is! I can't seem to think an oshi for you but maybe you'll like Gray if ever you got in to the game as I mentioned before, Nacchan reminds me of him Oof probably because you have to get it from the JP App store then (・・；) Couldn't agree more (>ω<)

It became to be one of my side hobbies when I was in 2nd year of high school since I'm fond of taking pictures of others like some paparazzi if not on material objects and landscapes. Ooh that's actually nice! I happen to have the same experience for only a short time because it is in our curriculum to have an OTJ for 80 hours and I was put in that kind of job. We also got to learn some camera and editing techniques as well which came in really handy for someone like me who's an editor and is now striving to be a photojournalist for our uni paper and other related stuff though the last part won't make sense for now since we're still online until who knows when

Indeed and now they're about to release i7's second album o(≧∇≦o) There's MEZZO album to be released first and yet! (o_ _)o watching in your own pace is night tbh and I don't think there's no need to watch them all in a day if you don't have time still (^ω^)

Also thank you so much for the birthday wishes Sereshay-san! ｡：ﾟ(｡ﾉω＼｡)ﾟ･｡ It's already 3rd when you dropped by but that's completely fine Need to have that extra luck for my gacha manifestations especially now that I'm gunning for a limited Marius card ୧༼✿ ͡◕ д ◕͡ ༽୨

nightshadekait Aug 16, 11:52 PM
ahhh that’s good! I’m so glad there are guaranteed cards because my gacha luck is horrible (╥﹏╥) the moving art is so cool! and the cards for the upcoming events look great. I’m trying to save up for them but it’s hard because i’m also tempted to pull for vyn’s false tears. I hear the story for that one is painful >.<

arghhh :SQUISH: my heart ! BLOW KISSES
PFFFF THE BAIT !!!! HIS FANGS ARE ALWAYS FLASHING ! HE IS THE EMBODIEMENT OF >:D you wont be disappointed in him no no <3