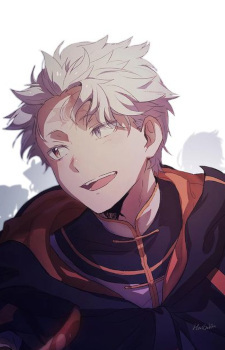 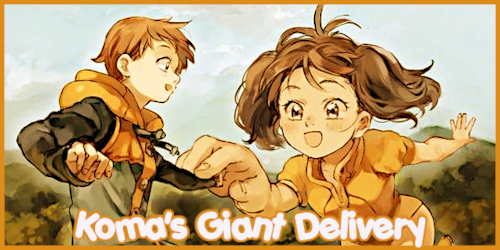 CrushBlade Nov 15, 6:34 AM
Bruh i did reply , but u never reply back . Thought u actually not gonna read it tbh

Klefki_of_Awsome Oct 23, 12:52 PM
Yeah, I can imagine..x'd
In fact I still am hoping we get some more content one day like a new one-shot or bonus chapter explaining thinga better, oh well for now I'll wait..x'T

JAKE_LUVS_ANIME Oct 13, 6:56 AM
most websites I've seen recently say it'll be 18 episodes, which is slightly 2 cour, looks like we're only getting 1 new arc adapted!

NormieHKM Oct 6, 4:36 AM
Good to know that! (´• ω •`)ﾉ "laptop screen has marks" why? Is it went through rough time...? but download and watch on tv is the way tho xD bigger screen better experience. Hitman is good tho i'm planning to continue from the go-to-future arc but wondering if it can hold my attention (눈_눈) the arc lack of comedy tho

Haha i fruit basket is important to me i only watch it on the happiest day and to start season 3 i have to watch season 1,2 again (」°ロ°)」Dun want to disrespect that anime! Yeah scums wish caught my attention will do it soon! Idaten and Princess Fena they're both adventure anime that easy to watch i guess i have high hope for Fena tho Pirate+Ninja = perfectoo ^^

The_Super_Weeb Oct 6, 1:02 AM
Ya I might be going back in to clubs in the summer again cause I will have more time then I will know what to do with

JAKE_LUVS_ANIME Oct 3, 9:43 PM
the movie not being popular was more so wrong speculation, that I saw on twitter, I don't agree with that reason either tbf, I hope they adapt past the entertainment district arc too, but it is 30 chapters long, and the next arc after that (swordsmith village arc) is 28 chapters long, which trying to put 58 chapters into 19 episodes (I'm guessing amount of episodes they'll make, based off previous season!) wouldn't be easy! So either we might get a longer episode run, for S2 seeing as it is 2 cour, or a shorter episode run, and not see past the entertainment district arc in S2, or it could go half way through the swordsmith village arc, only to greenlit S3 at the final episode of S2 are my guesses on what will happen

The_Super_Weeb Oct 3, 2:42 PM
Thanks for the friend request

Santibag Oct 3, 9:37 AM
Hey bro,
I really liked Golden Time. To be honest, I probably added it in my PTW list for Kaga Kouko and her looks on the cover. She was just so attractive.

The thing I liked in it was the characters I liked and watching how their relations are formed. How Banri started college, how he found friends, how he fell in love with Kouko, Linda(I also liked her name "Hayashida Nana"), Oka Chinami, how Nana senpai helps people, 2D-kun, etc.

I actually don't know what I feel about what amnesia added to the story. When I saw the old Banri saying things like "I will curse you" and they actually had unfortunate events in succession, I really didn't enjoy those. I especially didn't like the idea of Banri losing his new memories after remembering the older ones. At least they didn't keep that thing for very long and he lost his new memories for a short time so it wasn't too bad.

Overall, I enjoyed the time I spent with GT and it was the important thing to me.

I liked the looks of Kaga Kouko but I guess my favorite characters were Linda and Oka Chinami. Linda was almost a wife-material because of her personality and Oka Chinami was just so nice. I don't like to tell such things but I like small girls more, so I Okachi Nami (I didn't forget Kouko calling Mrs. Ultrasonic that way once🤣) had a special place for me.

Sorry for sending a long message :) I try to keep it shorter but I guess I couldn't cut it short there.

Hahaha, I guess the Turkish people you saw were your type.

"I thought of adopting a kid of an opposite gender and marrying them off in early age but then again, real life isnt easy and whatever solution i think off, tons of problems and loop holes come out."

Lol, did you mean "would make her get married to someone else" or would get married to her yourself? Either way, it feels like a relatively childish thought(I'm not saying to judge you since I believe that humans have all the feelings in them even if they don't "activate" them). If you want to give other kids the chance of getting married as soon as they're ready and to be ready as early as possible, you should better be in a rule-making position so that you can make fundamental changes.

To get married with a kid you raise is more of a survival story to me. It would just be a really rare event happening in 1 in a billion. Why would you even raise a girl yourself, right? She should be in a worse situation than Ogiwara Sayu, for the sake of giving an anime reference. I also imagined something similar before. I was running away from humans to live alone and a little girl was sneaking into my vehicle. Because of being isolated, I cannot let her go back even if I want to. I raise her and we have to get married at some point to continue living together without living together becomes a problem. But this is just a relatively childish fantasy if you ask me. I wouldn't want this to be real and it may happen only a few times in human history.

Bro, not being able to get help because of money really sucks. I'm sad about your situation.

West is doing these but the problem is that the couples don't promise them clearly, which is what getting married actually means. That causes them to feel free and get heartbroken in many cases. When you don't seriously plan your relationship and make things clear, the relationship can have a weak bond. So I don't long for these. It becomes just having fun in many cases. Some say "we're trying to get to know each other" but it was a problem HR departments are also taking seriously. Successful HR departments actually use the same formula as choosing a spouse. You will have a trial period of like a month or something at most and that is similar to engagement. So you don't have to date for years to understand the other person. You learn the fundamentals with conversations, references, researches, observations, and third-person views. If you need, you have a few more conversations but sometimes it's not even necessary.

Went a bit off-topic there but I wanted to share my opinions on dating.

Our Prophet suggested fasting if you cannot get married, as far as I know.

Dude, working before 18 is forbidden in Turkey and high school was made mandatory. It's like a knife on the idea of starting life early. Even college appears as if it's mandatory for the adults here. Tons of so-called colleges are opened that are something else other than a college. And guess what? Highly educated people here commonly work on common jobs because of unemployment. So the system here is really broken. We also live as racehorses starting from middle school so arts, clubs, interests, etc. are treated as unnecessary for so long that skills get dull and you lose your motivation.

I'm glad you're open to my questions. I like messaging with you too.

JAKE_LUVS_ANIME Oct 2, 10:55 AM
it's not only the Mugen Train arc that they are adapting/readapting in season 2, season 2 is going to be 2 cour, and Entertainment District arc begins on December 5th! I'm unsure how many episodes they'll use for that arc tho, or if they'll continue on, past that arc in season 2!

I've heard a few reasons to why they are remaking the film in TV series, the main 1 being milking series for money, but I doubt it, as this is being made by Ufotable, which tends to have no budget whatsoever! Another is for those who did not see the movie, as I've heard the movie wasn't as popular as the series in Japan.