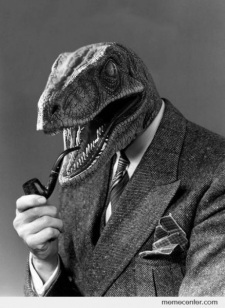 literaturenerd Oct 30, 1:16 AM
I’ve not read the novel series, so I have no idea what happens in the future. I may watch the coming seasons though just to find out.

Huss Dec 7, 2019 12:43 AM
It has been a long time since we talked. Even if our talks were very few to count as full conversation. How are u. You might remember me. I wasa follower of snob.

Toothless_Snake Dec 23, 2018 8:07 PM
I have been watching a crazy amount of films instead of anime

I've just been too busy playing Zelda to care about this season at this point.

Toothless_Snake Mar 14, 2017 4:16 PM
Life has been keeping me busy plus my pushing back of all anime besides Gintama. Most anime does not get me to excited honestly.

2. LWA. Expands upon the source material and maintains its absolutely stunning animation quality. Based Trigger.

3. Onihei. Dark and brutal episodic drama; may get old considering it's episodic, but its been well done so far despite its low budget

4. Demi-chan. Heartwarming comedy that actually touches on some decently serous themes, if you consider being a "demi" more like having a disability.

5. Kuzu no Honkai. Mature romance that's really toeing the line between being brilliant and being edgy bullshit. Time will tell.

6. Masamune Revenge-kun. Notable for an interesting premise and characters who are actually flawed, but the content itself has been somewhat generic so far as well as bit fanservicey.

Overall, it's a pretty solid season so far that has a lot of shows with potential. Sounds like you're really sticking to your guns on ACCA and Youjo Senki. Are both worth picking up?
All Comments