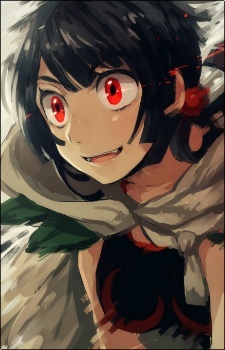 Kagayaku_Umi Mar 25, 2016 5:34 AM
Hello! I'm not sure if you're still active here.I just happen to find your list really interesting considering that you also know Ryo Saeba from the original City Hunter (and he's one of your favorites too) plus the list of shoujo anime. Gosh. Skip Beat is getting more and more interesting! By the way, who's the first girl in your list of favorites?

StyleF1re Jan 4, 2016 11:54 AM
It was supposedly dead and I was dead to it, but idk what happened over this past month. The tide just came out of nowhere much like the winter swells here do.

I think that same game was the gateway to BFMV and A7X for me, although I remember seeing a lot of that one A7X music vid on MTV back when I used to watch that channel. By far one of the greatest, or at least for me most influential soundtracks in a video game I've played. Nice game that was a big part of my childhood, nonetheless.

I don't even know what to follow nowadays, so I just go and do whatever. It's fun being ignorant at times and thinking life is just sunshine, a beach, and a relaxing chair when in fact all these wars on terror and other conflicts are waging on as we speak.

I'd say it's better to know about chemicals. Man, I just looked at the periodic table and am sad that I wouldn't have been able to name one of those elements, despite having seen it regularly back in middle/high school. I bet it's semi-interesting to know the properties of things and how they interact with each other and the environment. So what are the craziest chemicals or even projects that you had to tackle?

Three Days I always confuse with that other band 3 Doors Down. I used to listen to a lot of Three Days though back when they had One-X out in addition to their radio smash hits. For some reason I never kept them around on my iPod though. Nevertheless, I could probably recognize a bunch of songs from the 2000s, despite not having heard them in years and years. And as for Rage, I'm only familiar with them because of Tony Hawk games and that, I think a few of my favorite bands were inspired by them. I'm not one to venture into the 90s or before though for music that isn't pop or reggae, but I could be missing out on something. Time will tell!

Onwards and upwards for us. West Brom at the Bridge up next.

StyleF1re Dec 30, 2015 10:43 AM
Pitched MapleStory after three weeks in the abyss. That's about as "black hole" or "dead-end" a game as I ever played and ever hope to play. Gotta get back to the racing games in the future!

What is the Western world anyway? I'm being sarcastic on that, btw.

Hopefully it's chemistry because that's the subject I didn't take in high school and got burned for not taking down the road. Took too much biology for my own good in its place.

I've been listening to the first few albums and don't like the lyrics all that much, but a few of the songs are just too timeless for me. I actually don't care for some of their more popular songs like Last Resort, Scars, and Lifeline to name a few. And the Gran Turismo rework for Getting Away With Murder is truly a racing staple in my book. All in all, my favorite artists outside of maybe the top eight or so only put out a few songs I really like, as in the stuff I have on repeat. Why I like them though is usually courtesy of the overall sound or musical tone, I guess. I came across stuff from Staind and Breaking Benjamin as I was looking for the PR stuff, both of whom also have that distinctive sound I like. Cool. I just remember Mastodon for being in one of the NFS games. Not familiar with the others, but I'm listening to some songs from them as I type this response. As for my rock-based genres, the ones I listen to (or had listened to regularly back then) are nu metal, alternative rock, post-hardcore, and metalcore. Rock and rap together is a godsend, though I know nothing of how it runs nowadays.

What subject(s) do you teach? Must be awesome helping along the young fellas. I'm not all that great with kids and youth and stuff myself, but I can be social and adjust to them on occasion. Man, feel like sitting in a classroom once again, and I mean behind a desk as a student.

To tell you the truth, I don't even have any of the new PR album songs on my iPod. But I'm so stuck in the past with a few of those other songs and they've started to sound better to me as time went on. Maybe its that "single" mindset of mine that's attracted to the emotional side of the breakup-oriented lyrics, despite never being in any relationships myself. Anyway, I really am sad that the 2000s era for rock has long gone. I had to move over to vocal trance for the current decade. Even rap is all different now with priorities and themes. What kind of music are you into yourself?

Here's Saitama with a Santa hat sucks, it covered his bald head!
Sorry if I can't give a fancy Christmas card like everybody else.
(I forgot how to use PS orz)
May a prosperous new year come to you.
And as well as a very sincere:

or Happy Holidays I guess
From: Banchi

StyleF1re Dec 21, 2015 4:46 AM
I'm a wuss about a lot of stuff. That said, I couldn't care less about whether watching NTR makes you more or less of a man or even human being. As you said, all those feelings are the same with me. I thought sex and stuff was supposed to be romantic or passionate or something. Like, do people love seeing others get tortured, humiliated, and wrecked upon? It's just disappointing to think about imo, but what do I know?

H&C I think I'm under-appreciating. I'm not a fan of the comedy parts and stuff, but that one had a lot of soul put into it. It really came through in the second season with all the dramatic unfoldings and just how reality set in for the characters. Me being a grown man? haha yeah right. I'll say that when I can manage a girlfriend or real independence. It'll be awhile before that fire inside of me burns out, if at all though with the rom-com anime stuff.
All Comments