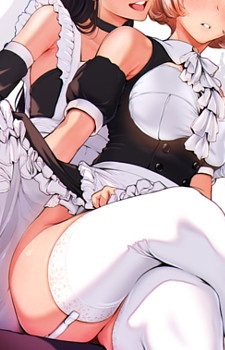 haven't heard from u in a minute

nothing interesting, especially because it's uni exam season and i'm studying for them rn, maybe in a few weeks when its holidays! wbu?

it's been raining here the past few days, very gloomy :) also the sun sets at 5:30pm which is early as

hahah yeah it can definitely be confusing!! where i am, like they're already starting to reopen stuff so im just kinda questioning like.. won't there be a 2nd wave?? hopefully not LOL. plus im going back to work soon soooo idk how i feel about that haha

ye ye. I got the brand of sacrifice on my forearm. you ever think of getting any tats?

ye it was quiet, especially with all the isolation stuff. relaxing tho.

how's the corona situation in the UK now? seeing the light at the end of the tunnel?

ye, episodic anime isn't really my style. other than maybe Cowboy Bebop. overarching plot is the way to go. Reading that SoL is always relaxing tho. nice to read something cute and slower paced sometimes, ngl.

like hobbies? hmm I used to do more outdoor activities when things were normal, but nowadays i just hang around watch sports stuff or anime. hbu?

I mean I wouldn't be surprised lol. There is a sizable portion of people who think that and that the moon landing was faked as well.

So, I basically went after this child groomer who also happens to be a catfish on the threads, and he's more of a pissy spam reporter, so he'll report everyone who insults him or goes after him. So that's what happened to me, lol. I got banned twice because of him. But at least he's gone for the time being.

Oh yes, I liked Heavens Arena. Great tournament arc that's for sure. ye, Kaguya is definitely fun to watch, but it feels more of an episodic type of show. Nice nice. Golden Age arc is coming up, honestly think its one of the finest arcs of all manga.

I have been keeping up with My Hero, I'm sure you've heard of it. And, I was reading 20th Century Boys which is a Seinen.
All Comments