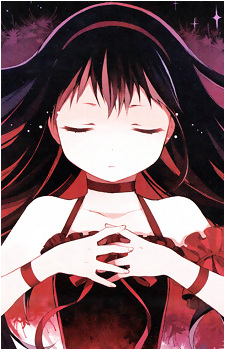 I have another page that I didn't add to my waifu list she is on that page. I had some issue with that page so I deleted that but she will be on my new page after I have done my assignment

SweetKiichigo Yesterday, 7:42 PM
What do you have in mind buying?


Hmm tbh idk, what can they make for a new Pokemon game? At this point is it even worth remaking Gen 5? They already got a sequel, and Johto got a remake too. Kalos and Alola make no sense for a remake because it hasn't been that long since they came out. So tbh maybe a full centered Battle Frontier would be nice.

Yuki_Haruki Yesterday, 9:08 AM
I'm doing okay. I don' have exam but a lot of assignment. My pc is also kinda death not full but half. Looking foreword to your weird question.

you run a club that must be hard. which club?

Klefki_of_Awsome Jul 24, 9:42 AM
The story of my life, LMAO~x'DD :
"Yeah after you build a team and can't think of issues, you feel great. Then you go into a game and lose to a random strategy you forgot to check and then it just feels bad."

I see, so basically the first person to get their boosts in a Dyna battle holds the advantage in the battle?:o>

Same here, I like to just capture the Pokémons I wanna use in my teams in-game, though abilities may also play an important role here~=v='>3

I see, and yeah, makes sense, since I've seen these two being used a lot too~!>:o>

Yeahh, Red is a nightmare though, even if you DO have other high level Pokémons..:T
Like I had to carry most of the match with my level 78 Blaziken and after the battle it was over level 80, lol, to show how much EXP I got in that battle, hahaha~=v='3

SweetKiichigo Jul 17, 7:53 PM
What monsters would fit well with Joey if you were to upgrade his deck with a couple cards. I feel like he needs maybe a couple more higher level monsters. Red Eyes, Jinzo and Gilford are his only boss monsters and aside from that Gearfried is his other decent reliable 4 star monster. I'd probably give him a card that feeds him tokens or more scapegoat cards so he wouldn't have to tribute his normal cards.

True, the Emerald BF was the prime for competitive in game Pokemon. Imagine how it would look like with today's graphics.

Irl the God cards are meh but in the anime they were top tier Ra power. So it kinda made sense that they didn't have some sort of protection considering how back in Atem's time no card could ever pose a threat to them aside from Zorc.

SweetKiichigo Jul 11, 6:04 PM
I find it hilarious how he made another counterfeit Wing Dragon of Ra card in the GX series and forgot that the God cards showed him their rage back then. Toon World was broken in DK. Like it grants monsters protection if I remember correctly. I'm in season 4 of GX and tbh some of the decks are pretty neat. Makes me wonder if Kaiba and Yugi would even keep up with the cast. Joey is a lost cause since he has no cards that let him control the pace of the duel. I would like to see Valon's Armor deck tho against idk maybe Jaden or Dark Zane.

Nature Mints are pretty neat tbh only downside is some of the other stats get lowered to increase the desired stat. Do you rent teams there or have you used your own Pokemon in the BT?~
And most Grond/Poison types had high special?

I've never done VGC tbh, feels so hard to get into. Like knowing what Pokemon to bring and moves.

Frajer_9 Jul 11, 12:50 PM
That's good then.
If you are enjoying Index then you will really enjoy Railgun (or not idk). Railgun is based on mostly science and super powers, i am not a big fan of religions and magic, so Railgun is way better then Index for me.

Frajer_9 Jul 11, 12:35 PM
Yeah, the Magic things are a Lot Harder to Understand than the powers
At least that is how it was for me,
and are you enjoying it?

Did you already complete the Toaru series? or at least started watching?

Sumairu-kun Jul 11, 9:11 AM
Maybe I'm just confused because I haven't started the Unlimited Blade Works but going back, Zero is about the Holy Grail War and whoever wins it will be granted the Holy Grail that gives you authority or something like that? Sorry if I'm wrong. I really enjoyed the overall concept of the series but it's really hard to absorb all the information regarding the characters and story. And the boy that was shown in the last episode will be a key character in UBW? I haven't been confused since watching Monogatari but I eventually understood that series. I should probably just continue watching UBW so I can understand the series more.

I was having trouble running RE Zero because of the fixed resolution and decided to uninstall it first. I'm going through RE 6 and so far I'm really enjoying it. I honestly think that RE 6 is over hated by the community just because of the campaign like Chris Redfield's which is more focused on action rather than the horror survival aspect. I finished Leon's campaign and all I can say is that any RE game can be good with Leon as the main protagonist. RE 4 will always be the best for me and I heard that it might get a remake in a few years.

The animation really improved compared to the first season. I'm just glad that they're back at animating lowkey shows that make people feel relaxed. I tried Kanojo no Kanojo and I personally didn't enjoy it much although I'm willing to finish it since I might change my mind about the show. Yeah I heard the manga is more enjoyable than the anime.

Ah I see. It's good that you guys are getting vaccinated. I might get my 1st dose in a few months since the wait time is hella long. I just hope that my fellow citizens will vote wisely next year. Most of us are tired of incompetent leaders who use their position to steal taxes from the people.

Yeah and it's probably one of the worst sequels that I've watched. The special didn't conclude anything and half of the special was a recap which is frustrating because it isn't necessary. If they used that time to build up the story and conclusion then it would've been different. I gave it a 3/10 since I'm disappointed with how it turned out. I was confused about the ending and was like “what the hell did I just watch?”

Sorry for replying late because I've been hooked on this anime called Beck. It's genre is music, drama and coming of age. My friend recommended it to me a few days ago and binge watched it in 2 days. I was empty after watching it and I started rethinking about how my life would turn out in the future. It's really a good 2005 series though the animation is average for me. I'm hoping that they will reboot the series, including their tour in America.

I also really like the songs and here are a few that really struck me. I hope it doesn't ruin your enjoyment if you ever decide to watch it. The titles of the songs are Moon on the Water, Follow Me and Face. 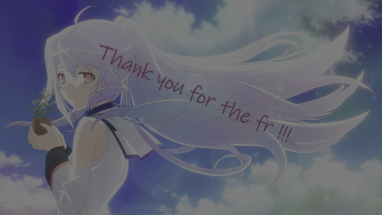 Imani-San Jul 9, 11:03 AM
Yes thanks and I am so excited for it! It will be amazing for sure.
All Comments