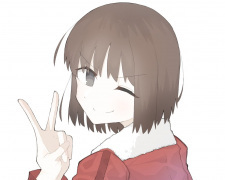 oureverydaylife Aug 13, 3:16 PM
if u like touma in the anime, try the ln some time. esp NT where he really shines

oureverydaylife Aug 13, 12:29 PM
how is index anime a 7, literally shit by itself and interms of adaptations

LordSozin Jun 26, 11:20 PM
Hey, sorry for taking so long to accept your friend request. Although, I reckon you've long forgotten. Well, we do have some things in common. I hope we can converse more from now on.

Oshii is credit with saying, "It is neat and tidy, and can by watched by everyone. It is bland and harmless, neither poison nor medicine...It started with the feeling of 'Let's show what would happen if you piss off an old man.' Let's make an anime that can also serve as a strong medicine."

Your review captures the essence of his wit and cynicism of his profession and craft. Much obliged.

Adatius Oct 16, 2021 11:20 AM
I dropped Mushoku part 1 back when it was airing, mostly because the characters were irritating, but I might try to get over that and give it another chance I guess.

Good luck with the exams.

Adatius Oct 16, 2021 7:03 AM
The new design is nice but the old design had its own charm.
Do you like anything from this season? So far I'm only watching Tsuki to Laika which is decent, and World Trigger S3, which is great.

Adatius Oct 16, 2021 12:51 AM
The manga mainly adapts Arcueid's route, but it combines a bunch of stuff from other routes into it. It is good though, it managed to do that without turning the story into a mess and it isn't comparable to the anime.

Tsukihime has some similarities with KnK as you'd see, like the urban setting and fights, protagonist name, mystic eyes of death perception, etc.
Arcueid is cute.

NobleDaze Oct 9, 2021 6:34 AM
Thats sad but oh well leave him be cause thats called communism and milking