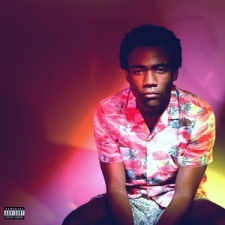 ticklememour Dec 7, 2016 8:35 PM
I haven't watched this yet by keijo i heard brings the warmth back into a persons heart

why are you losing interest?

ThisNameSucks Mar 25, 2016 7:53 AM
Like, damn nigga that's hardcore otaku shit. Was it fun being able to speak anime to people? And does it really snow in the Nippon lands? It kinda snows in the cartunes but I can't believe that shit because it should never snow on Asian areas. Plus glad you found a guaranteed future waifu but that makes me sad tho. But just remember to mind your manners and say itadakimasu before you eat da pussy.

Oh, I'm always there for you. ALWAYS. You could say that about everyone else too. I'm everywhere, people just aren't aware. This is Yuno Gasai level powerlevel. And nah, Toradora is just pretty bittersweet it never touched my feels tbqh fam.

Same, but it's cuz I'm really desperate to getting back to my shitposting days but I can't really find the time to marathon some Annie May anymore like I used to. But promise me to never quit MAL no matter what bby. But if you do since animu is a mistake, gimme your pass and let me have your account.

Yeah sure heck I did. Much eargasm but I think that's the last single I'll listen to from their Gore album until the actual thing is released this June or smth. That way, I won't really know what to expect from it compared to listening to each and every preview single they release before the album drops.

Don't worry, onii-fam. I wasn't here much either anyway. And I won't hate my fellow weebs who give me late replies since it would be hypocritical of me. I only hate people if maybe they're jewish or smth.

ThisNameSucks Feb 11, 2016 3:32 AM
Ssshhh bby is ok. You can negate his F by being super sugoii at school but he can't negate his memories of Star Wars. I'd say you win this round.
Cyborg is pretty moe. [TRIGGER WARNING] I'm not racist but I think that Saitama is the ayy of my lmao and there's no changing that.

Urusai with those excuses. It's so gud and it's like one of dem well-known otaco classics that you shouldn't skip. You could always immediately watch a happy kawaii Annie May to sooth the wounds like Keion or any other moeblob shit. And they'll only label you autistic after I'm done with you. ( ͡° ͜ʖ ͡°)

She's pprobably having the time of her life right now since she's done with animu. Now she's capable on becoming an acceptable individual to society. And nah you're not that much of a fgt tbh family. But I really should browse wherever board you're usually in cuz seeing one of my homodachis shitposting would make me go full genki. And probably not. I even remember the weeabs I used to talk to when I first joined so heck maybe he did to you too.

Bruh the entire Koi No Yokan album is fap material. Deftones are probably one of my top 5 fave bands now. I love Be Quiet and Drive cuz it gives me this sad feeling without being an actual sad song.
I'll check that out sometime and tell you if I binge listened to his shit.

Yeah it's pretty much RIP now. Should have invited you sooner.

Anyway gomenasai bae. I had ebola so my internet won't let me go on MAL. :o(
I swear to me waifu.

Yeah, I'm afraid so, lol.
I haven't really read any LNs yet, so I can't really say. I don't think I'd have much problem reading a regular book though.

ThisNameSucks Jan 12, 2016 5:05 AM
Ikr school senseis should just fuck off with their normie shit and give us straight As. I can't be a president like this. And yeah I won't mind if it's you bae.
Your are mistaken, Milk-chuan. All Star Wars fangays are socially retarded therefore none of them ever had been hit on and possibly has autism. So it's deffo a good idea. Lol at least he has some good taste in cartunes for liking Yuri tho. But Idk about Bible Black. I liked Boku no Pico better tbh fam. Or OOOOOORRRRR you could get molested so he can get fired. But I'd be jealous tho if sensei-kun really did molest you. :/

Wtf what have you been doing niq. Go watch it already so you can take 1 step closer to being a legit otaco. Much feels but tbh it's pretty slow-paced. Especially 1st season. Dem feels really get to you in 2nd tho. 9/11 would recommend again.

Nah she's not anymore. RIPeroni Pepperoni. Even if she is, she only locks/moves threads and delete posts anyway so you already don't see her much.
Ikr much Nazi but he cool unlike the other MAL cops. I called him a fgt in a thread and he didn't ban me so there's that, lol.
Like dayum girl what is this black magic. Mind = blown af

I did and holy fuck how did I miss this back when I illegally downloaded White Pony. The bridge is especially the best part. Dem gurl screams are giving me da goosebumps. Also reminds me of Be Quiet and Drive sort of which is my favorite song from them.
I still have to check out more of that. Gimme list of Trap music artists so I can check their mixtapes. And don't feel sad niqqa. Music is subjective.

Lol, it was but they deleted the thread that was full of salt and circlejerk. But there was this drama in some certain user between the club creator (not gonna mention their name) and the interviewee in the Interview club. Top quality popcorn worth.

Alright, waiting for your final thoughts then.

Aizix Jan 5, 2016 12:55 PM
Oh, sorry for the spoiler then. I forgot it was Ichigo getting his ass beaten first before Zaraki's arrival D:

Nope, sry. I just meant his invasion of Karakura Town and the reason for that but it seems it was already revealed back in episode 125 (http://bleach.wikia.com/wiki/Urgent_Report!_Aizen's_Terrifying_Plan!). Sorry, I guess I worded it wrong xD It wasn't a big secret but it was't revealed at first either.
There will be more about Aizen's past and Hougyoku in a cool back story arc around episode ~210. It covers events from 110 years ago.
Have fun and enjoy!

That Zaraki vs Nnoitra fight was so badass
What's Aizen doing now where you are at? Did he reveal his true plan?

SnugglyWhuggly Jan 4, 2016 2:27 PM
I think the second season of JoJo Stardust Crusaders is still the best series of 2015 for me.
Yeah, Madhouse seems to have a habit of only ever releasing a single season, lol.
Not yet, no. I've planned to though, but I've planned to read a lot of things and I've still yet to get around to them, lol.

lol, thanks. Happy belated new year to you too. :)
All Comments