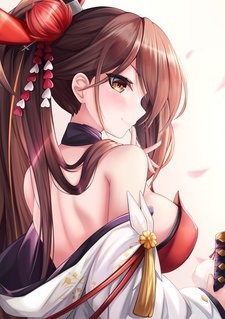 Well, I guess the rumor is true, not everything white is snow in Poland.

I have some time later this week, not that much thou cuz I have to study for my chem exam ;_;

GreenSoap Nov 19, 2017 11:04 AM
Yee laptops suck for anything other than writing text documents. They age like five times as fast as desktops :/

I bought my computer in like 2011-2012 with some upgrades since. It's still managing the newest games with the highest settings and stuff so I've had no reason to buy a new one. I spent sooo much money on it though :_:

What games are you gonna play?

You better plan on doin some more gamin shizzle on it besides Smite tho' (:

Also, how old / decrepit is your current PC anyway? You've mentioned before how much it sucks n stuff

AbhLeaderKrelian Aug 15, 2017 1:49 PM
Only a handful of people actually completed Tetris the Grandmaster 3. All of them were Japanese, except for one American which got into the news. A real accomplishment.

Yeah, eye contacts are hard for me too, especially how you basically have to put your finger on your eyeball. Also, having eye contact with another person can be hard at first too. ;) Well, I guess you won't feel comfortable talking to me until we have about 5 hours worth of conversations. :P

Oh okay, I thought you were gonna say "well yeah, we usually complete calculus courses roughly by age 12, your friend is behind by a few years". xD Hmm, maybe the stereotype is from Polish people committing crimes in other countries? Or confusing all eastern Europeans for Russians? People watch too many movies with bad Polish stereotypes?

So what do you think should be done about it? Should health care and universities not be "free" so they are valued more? You don't really need to go to university to be "smart" anyway. Most things I've learned were on my own. I did take Japanese 101 in college, although I never moved up from there due to higher classes not being a requirement. I think of the best ways to learn Japanese is to watch a Japanese show or movie without subtitles. Plus, talking to someone else who speaks the language is better yet.

Oh good, since you also have parents, I can narrow down your species. You are not a clone nor A.I. Nor are you Anakin Skywalker who only had a mom. Lol. We haven't talked to each other yet due to our location, not knowing of each other's existence, your lack of eye contact, possible resistance to commenting, space, time, location, and most importantly, destiny.

Interesting, I have never met someone who has surfed on a bed before, let alone doing it while on MAL. Do you perhaps have a water bed?

Yeah, GreenSoap is not only a swell guy, but he's spending months working on showing me his video game collection, just for me! :D Plus, he's working on some amazing Hunter x Hunter youtube video, YEARS IN THE MAKING! :O There are some theories from the GreenSoap fan community that he's just being lazy, but I figured that he's such a hardcore HxH fan that he's living the same work ethic as Togashi, so he can really understand what the series is all about.

Washington you say? Did you look at a map or something? Are you sure it's not Alaska, the Canadian state? ;) Washington state really is a beautiful state, some people mistake the mountains for the Swiss Alps, it's that good. Although culturally I don't find it as interesting as the east coast states. The beaches are nice too, but they aren't always warm. It's more so the scenery and atmosphere that makes them great. What I don't like about Washington and basically all the other coast states (California, Oregon, Florida, New York, and so on) is the fake elitism that's here. I should note that I'm only talking about the major cities like Seattle or NYC. The middle of the states are usually okay. Americans in the big cities the coast give the country a bad rap. They think they know everything and preach to the rest of us how to run our lives. They basically believe that people in "fly-over country" are all dumb rednecks who can't think for themselves. Meanwhile most of them probably can't change a tire or name who the 2nd President was. But if you come to America and avoid those kinds of people, you will likely meet some of the most geniue people ever. Not left wingers or right wingers, just normal people who want to live life, and those people are what make America great. I think I would like to move out of Washington state because it's very expensive to live here, although I don't know where yet. Poland is probably cheaper lol.

AbhLeaderKrelian Aug 14, 2017 8:53 PM
You should check out Tetris the Grandmaster series, the speed of it is absolutely insane. In fact, if you get at a high enough level, all the blocks become invisible! O_O

Yeah I've been to a lot of conventions, I even met some voice actors. No joke, the entire FMA cast panel high fived me, although that's not too hard of an accomplishment if you stand near the door they are leaving. xD

To you, what makes talking to someone online different than in real life? If I came up to you randomly and said the same exact things I've said so far, you probably wouldn't like it. Why do you think that is? That's a question I think everyone should think about.

Memories and Escaflowne are separate entities, although they came out a year apart from each other and have the same composer. Btw Escaflowne was done by Sunrise, so the same crew who did Cowboy Bebop worked on it. Although I think you gave Cowboy Bebop a 5?

That's interesting. I've heard many mixed things about Poland. In real life every Pole I met was nice to me, even quite intellgent. By intellgent I mean being the best in my small town at the local chess league, and finishing calculus classes at age 14. (I'm not sure if that's normal in Poland but here that's considered smart). Anyway, it seems that Poland kinda has a bad reputation here and in Western Europe because of their crime levels and being a former eastern bloc country. I've heard both ways that Poland is full of crime, while at the same time "is the best country to raise a child due to safeness" so I'm not actually sure about that. I would like to visit someday though.

I highly doubt that the health care and public universities are actually "free". Don't you have for it via taxes? I highly doubt that the doctors and teachers work for free. Also if everyone can just go to a university for free then what is the point of it? Wouldn't that just make it high school 2.0? ...and if everyone goes to university doesn't that defeat the purpose of going to one, because you go to gain skills specific for a career, and to be ahead of everyone else competing for your career? But everyone goes to university. So you're not ahead. So you probably have to go to an even higher education just to get ahead. Why not just teach this stuff in high school? xD I'm just thinking about what's going through my mind, trying to figure out how the system works over there.

Where am I from? That's quite the fascinating question. I guess I should look at my location, or point of origin. I came from my parents, who came from their parents. who came from their parents, and so on through the generations to the genesis of mankind. Some debate whether we evolved or were just created by a higher being but I wasn't actually there so I don't know the answer to that. If you mean where am I from on this website, I am from AbhLeaderKrelian, who's page is clickable via the name. If you are asking at what location am I writing this from, the answer to that would be my "bedroom". I don't always write from here but it seems to be common for most MAL users to write from a bedroom. Although for better or for worse they do not write from my bedroom. I usually write these messages while sitting down at my desk (although I'm not sitting on the desk, I sit on a chair next to the desk) or if I'm feeling in a state of relaxment, whether mentally or physically, I sit on my bed, although I've found that it takes longer to write replies out when doing so. (Like this one!) If you are asking where I found you, the answer is I saw your comment on GreenSoap's page, who is a real cool dude. Why was I on GreenSoap's page? Because I ran out of soap and needed more. You probably are pondering as to why I wrote so much for such a simple question, I guess I should really tell you...

Well, I live in the USA, though funny enough the closest major city to me is Vancouver, Canada.

Do any of those answer your question? ^^

and yes I've been to Europe, so I know what it's like there.

AbhLeaderKrelian Aug 13, 2017 7:24 PM
I dislike the moblie version of Tetris because the controls are horrendous. Probably the best all around version of the game right now is Puyo Puyo Tetris, which is the closest thing we're getting to a Tetris anime lol.

The convention was fun! I've been to different conventions since 2011, and some are hit or miss. The best thing about the convention is meeting other anime fans and even becoming friends with them. They can be super busy though if it's a popular convention, so if you ever go to one, be sure to come early! You can also buy anime merch and video games. Are there any big anime conventions in Poland?

Escaflowne felt more like a fantasy to me. It is a science fiction story but the world of Gaia seems closer to a fairy tale than something from Star Wars. I already said so in the last comment, but Memories really is amazing as well, and it's a 3 episode movie which Yoko Kanno also did the music for. There's a song called Chorale that sounds right out of Cowboy Bebop.

It seems that all the Bleach fans hate at what the series has become... it doesn't even remove the stains off my clothes anymore! How else am I going to clean the Naruto off my One Piece?

Have I seen any Gems? Well, I was playing Columns on the Sega Genesis, but those disappear! ;_; (but that's the point of the game lol)

I went to an anime convention recently and rewatched the first few episodes of Escaflowne and watched all 3 parts of Memories from 1995. I didn't see either on your list and I highly recommend both! Yoko Kanno did music for both.
https://www.youtube.com/watch?v=MNRFOiqksNI

I would recommend some manga but you may not like it cause it's manga...
All Comments