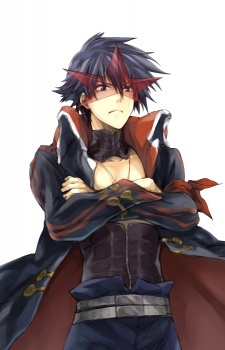 AironicallyHuman Apr 15, 2020 3:39 AM
Heya. Another long gap, but whilst 'ere, I thought I'd send another msg your way. Meant to ask last time: how goes the Deviantart/Twitter request gig? Still working part-time (I think was in a warehouse/factory?) to make ends meet, pre-world quarantine?

I don't know what happened to me, man: used to be so active on internet, then I reached point where struggle with almost any interaction. The realisation of a life wasted to anime, maybe. That aaide, is Promare really a 10/10? It's coming out in UK soon-ish and iirc KlK director + Sawano. Might get. Don't really watch JP cartoons anymore, mind you.

I can understand you dropping Sekiro: until you get in groove spamming block to parry it can feel like a chore getting stagger meter up. That and as you said, not much variety: one build, one way to win. Souls-likes generally let you have RPG control over stats and all that bollox. Elden Ring coming out: Game of Thrones + openworld. Not sure if that'd be worthwhile. I found myself playing anime souls, aka Code Vein.

Btw, you not got P5R? Surprised by that, unless no copies in Austria atm or first 120+hr playthrough made it to exhausting to revisit.

Anyway, just thought I'd give you something to read on profile. I know when I was a less introverted arsehole it made you happy, seeing a new msg. Later~

literaturenerd Sep 12, 2019 12:32 AM
I made the horrible mistake of watching Terraformars. Thank you for the hilarious review you wrote all those years ago! 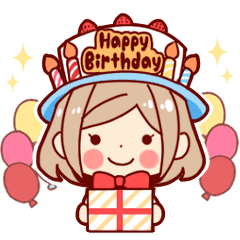 AironicallyHuman Jun 2, 2019 5:25 PM
Hey man, I just wanted - verrrrry belatedly - to say sorry for going silent on you, years ago. Twattish thing to do. When we started typing, I had that passion in my soul, TTGL style--pushing you to read Korean-Berserk and exchanging long messages. By the time I went dead, there was little left, and I always struggle to open myself up to others. I'm too much of a reclusive manchild to relate. I can only seem to deal with ol' Fabio, and he like me cut you off at the time because of his own reasons. It wasn't anything you did: you're a cool dude. You even drew an anime squirrel for me--can't get much cooler than that, yo.

...so, yeah: thanks for being a friend back then, and getting me to try JoJo. I still check your trophies from time to time and saw you tried Sekiro (ended up playing Soulsbourne after going silent, not intentionally/random fyi). It gets more beatable after Butterfly/Genichiro learning curves. That fucking ape though... guessing you not had as much time for anime/games.

Not 100% but may cease the whole MAL update thing. So, I just wanted you to know it was me and not you... which reads kinda melodramatic without irl gay sex. That is all. Fare-thee-well, Borisovski.

Touniouk Mar 20, 2017 4:00 PM
Yeh with KlK you get bragging rights for watching it numerous times.

Touniouk Nov 7, 2016 7:09 AM
Man my reply schedule is getting worse than yours.
Although I'll use the fact that I'm typing this for the 2nd time as an excuse for the tardiness of it, the first time I wrote it the page reloaded for some reason so I was like "eh fuck it it's not urgent matters anyway".

Anyway, damn your audio was ass, I had a pretty hard time understanding you and the subs weren't helping like at all.
I was pretty surprised that everyone liked all out too, I thought the gimmicky comedy in it was unbearable but I seem to form a minority in that regard. I guess the cool thing is that at least everyone agreed that Tiger Mask is pretty awesome because well it just is, I didn't know that it i might be wrong, I listened to it like was linked to real Japanese wrestling, that's some pretty interesting trivia. Also I remember someone mentioning Nobunaga no Shinobi (don't remember who it was because I listened to the thing 3 weeks ago and my memory is awful) which I thought was cool because no one is watching this show for some reason.
Pretty fun podcast Id say, I don't usually listen to seasonal anime podcast because I watch all the seasonals anyway and when I do it's usually with Digibro and Mother's Basement so it was nice to listen to one that was more civilised.

Idk man, I usually shitpost on Facebook because it's more fun when I annoy people I know.

Yeah watched it. It was pretty good, the concept is great, the effects were good and I like that the movie goes straight into the meat of things instead of dicking around for half an hour like a lot of horror films do. It gives it the time to really flesh out it's concept and quickly becomes super tense which made for a pretty captivating watch. I feel like the setting could have been shown a bit better tho, sometimes I had a hard time understanding were a room was in relation to the others which kinda makes you lose focus on where everyone is. Still a solid movie, I didn't get as into it as I did with the fly's grounded human drama but it worked really well as a thriller/horror.

Zergneedsfood Oct 19, 2016 9:08 AM
Well, no. I thought it was atrocious and an insult to everything that's good about anime. It confounds how anime fans can put up with something that so definitively ignores anything that makes anime great.

But I have no problem laughing at people who write silly things on my page and expect me to respond to them earnestly. :)