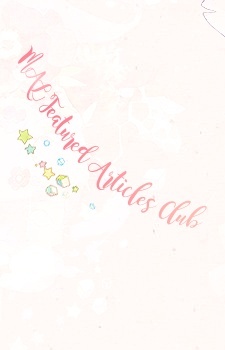 BlackFIFA19 Nov 14, 2016 1:31 PM
So yeah about your ReZero article i just wanna say only anime only watchers think Rem is best girl ;)

TonyTheme Sep 27, 2016 8:21 PM
The way you approached that re:zero article and the subject of freedom of choice, especially within the context of the show (blatant exaggeration or straight up falsity), it can be applied to pretty much any kind of narrative where the protagonist has some kind of influence and also needs to recognize his own faults. You're not really getting the essence of existentialism. Subaru never agonizingly thinks about his own freedom of choice and his responsibility to the point of anxiety - there's no time when he attempts to shrinks the responsibility for his own actions ("I'll just do what I'm told" for example) or really even decides to run away believably. He would angrily complain why something isn't going his way due to his ego and warped perception of his actions e.g. when Priscilla tells him to get the fuck out and he bitterly remarks what's her problem and how he saved her earlier (he didn't do a damn thing). He makes explicit decisions to act and is never dragged to do anything (outside the literal example where he's playing at being mind broken). Only in one instance is someone killed because of Subaru's inaction.


If there is one show that highlights that your choices do matter and that you as an individual define your own fate through your actions it is Re:Zero. We are shown time and time again that Subaru always has a choice. It bucks the trend of fatalistic and deterministic thought that nothing could have been done and it wasn't your fault.
The very structure of how the story works spits on the face of what was written. What disables Subaru from preventing some kind of death is a lack of information and anticipation, not some specific form of action that only he could've done in that moment and just didn't for whatever reason. Return from Death endows him with foreknowledge. Even when he first becomes aware of his power and has a choice to either help Emilia or not, there's no anxiety over what to do, no real conflicting desires that gives weight to his decision - helping Emilia is the right thing to do and no real thought is put into what it means for him.

Please learn the difference between "it's" and "its"

Seyfert Jun 20, 2016 11:47 PM
Are articles not connected to a single series normally featured at all?
All Comments