Mob Psycho 100 can be compared to its predecessor One Punch Man in how it features down-to-earth protagonists that have been granted immense power. But how does Mob Psycho 100 deal with this premise differently? 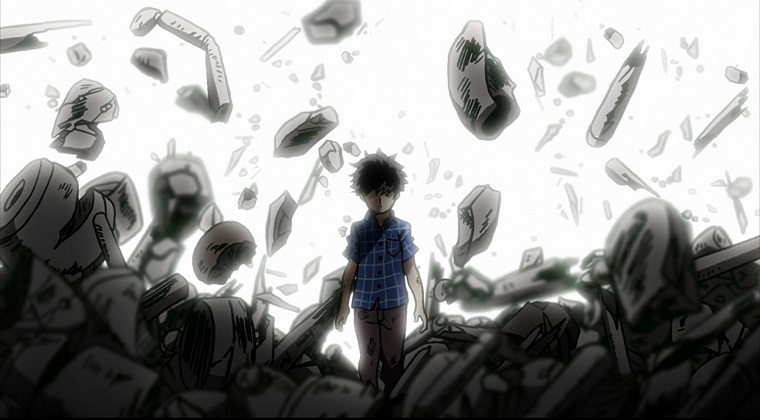 With Mob Psycho 100, Web comic artist ONE has done it again. By "again" of course I mean we're dealing with yet another story of an individual gifted with powers that can destroy any foe, yet are worthless when it comes to overcoming the same awkward social barriers everyday people struggle with.

One Punch Man and Mob Psycho 100 also have a lot to do with the idea that the person others see us as often doesn't tell the entire story, and the two anime have their way of showing the ramifications of this idea. Saitama and Shigeo "Mob" Kageyama are both individuals struggling against their less-than-ideal images. For Saitama, the public sees him as only a leech on superhuman society that gets by on lies and taking credit for other heroes work, and not the all-powerful superbeing he really is. Shigeo similarly doesn't want to be limited to what others see him as, but the similarities end here. Unlike Saitama, who eventually finds himself under the scrutiny of the public, Shigeo doesn't have as big of a stage to work with so his story is more about constructing a nuanced identity for himself that can be appreciated unconditionally before he can ever be labeled as simply "that kid with psychic abilities". A sharp contrast to Saitama, who knows exactly what kind of person he is and is generally OK with himself besides being bald.

Shigeo however seems to lack that kind of security and see himself as an incomplete human being. Whilst I can't say I understand how it is to grow up with psychic powers, I do understand that feeling of having been afflicted with something that no one else understands and using that as a reason to distance myself from others. That seems to have been going on with Shigeo here who looks at his status as a psychic as an affliction more than he does a gift. The idea of being characterized by the cool things he can do with his telekinesis is his greatest fear besides possibly lose control of said power. It's this fear that leads to Shigeo lamenting his one unique talent. A gift that doesn't align with personal goals or interests isn't much of a gift at all. 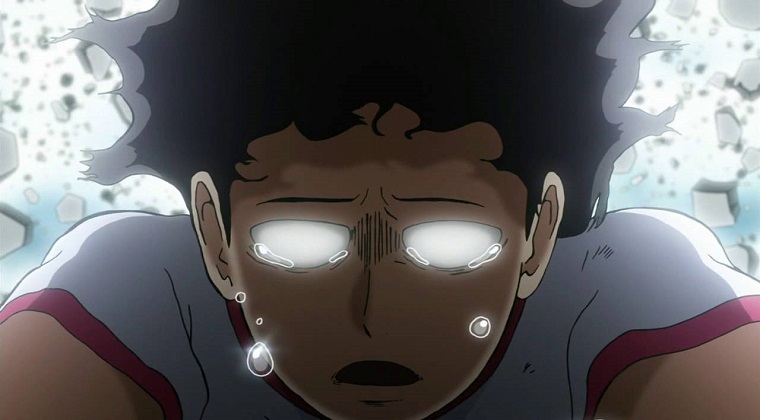 Part of Mob Psycho 100's emotional heart lies in the troubled relationship between Shigeo and his younger brother Ritsu, which makes for an intriguing point of comparison. For Shigeo, it's all about how sociable, athletic and book smart Ritsu is. For Ritsu, it's all about becoming an amazing psychic. For both it's all about surpassing their current station in life. So it can be said that both Shigeo and Ritsu provide inverse looks into what is largely the same problem at the end of the day. That problem of course is they always seem to take a "glass half-empty approach to self-assessment. Ritsu's issues, however, aren't rooted in something as logical as his brother's is. For Ritsu, it's all about petty wallowing over that which he can't have while forgetting about/devaluing everything he does.

Unfortunately, that leads him down the same road as another kid dealing with similar self-consciousness issues as him; Shinji. The difference here is that Shinji chooses to lash out by going on power-trips as the student council president, the only corner of his life in which he can feel exceptional. Instead of addressing the problems that lead to his troubled home life, he would much rather escape his reality by exerting his power and feeding the fears of the masses like some unscrupulous career politician. Although he initially gets caught up in Shinji's entrapment scheme to unfairly vilify those deemed to be lowering the school's image, Ritsu does come to the conclusion that he won't get anywhere by stepping on others and would rather deal with his perceived powerlessness on his own. 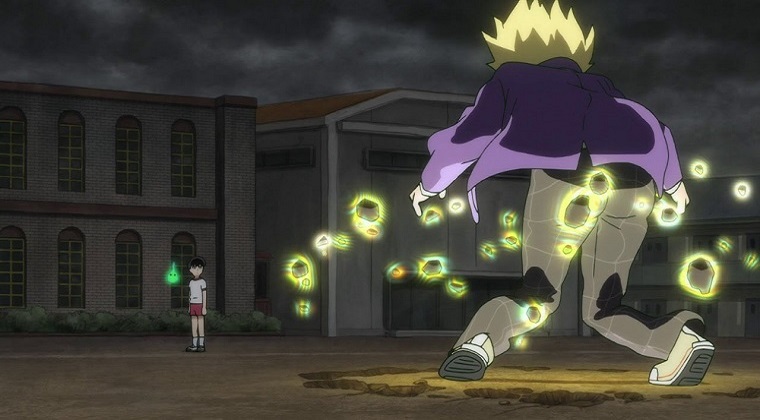 As self-deprecating as Shigeo's mindset can be, it comes from a respectable place. It is still pretty admirable that he wants to be seen as as a humble, well rounded individual without relying on his psychic powers. That certainly makes him a lot better than an empty individual that coasts through life with what they were born with alone, and dare to demand respect for it. However, he seems to be taking it a bit far, to the point where it becomes self-loathing. Choosing to do things the hard way is Shigeo's way of expressing a need for self-improvement over stagnation. It's his reason for opting for the Body Improvement club over the do-nothing Esper club. Surrounding oneself with people that will pave the path towards what you don't have over those that will simply praise you for what you do have is difficult, but ultimately a step in the right direction.

That kind of conviction is what works up the various psychics that attempt to make enemies of him. For someone like Teru, confronting Shigeo only served to destroy his pride by revealing his lack of effort towards anything. The Claw featured in this season exemplify this, yet it takes more than Shigeo to get through to them. Instead, it's his mentor Reigen that cuts past their nonsense by exposing how shameful both their conduct and attitude towards the world is. After briefly inheriting Mob's immense psychic power, Reigen is able to show Ishiguro and his underlings exactly how ridiculous they look once someone stronger than they are shows up and shines a mirror on all of their faults. They're just petulant children that like to make up crappy excuses for why they can never fit in with others. 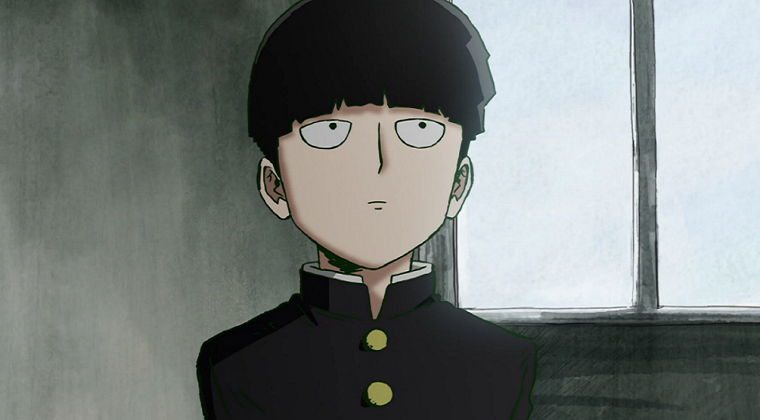 What makes self-betterment inherently difficult is the fact that it requires exposure to a world beyond the comfort-zone, a place far beyond the strengths we've already accrued. This is what makes a conman like Reigen a great role model in his own way for a kid like Shigeo. The fact that he isn't really an esper means he has to utilize sheer charisma and his ability to always know what to say in any situation, all whilst making sure his customers leave happy despite always being lied to. He's someone who should not be able to do anything, yet proceeds to do everything. Shigeo on the other hand, has the potential to do everything yet lacks the confidence to do anything. The difference here is that Reigen's lack of power in one area facilitated growth in others. Perhaps a similar kind of growth (and maybe some muscles) could one day make Shigeo worthy of the attention of that girl he likes.