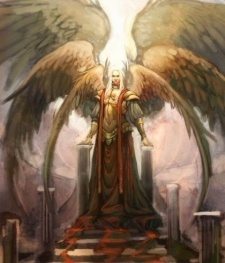 RafaelDeJongh Nov 30, 2019 5:05 AM
Well understanding a language and translating one is a complete different story. I therefore suggest you to rather contact an actual fan subber to do this as I one wouldn't know how to make subs not time set it properly or get everything sorted to properly mix into a ready file. So yea better to hire someone who's actually actively working on stuff like that.

Littoface Aug 28, 2019 1:39 PM
...Yes, yes it absolutely is. My fingers must have tripped. I don't think I have access to edit any of my published articles though, so that brain fart will forever remain on my record.

LoveLikeBlood Jul 26, 2019 1:25 PM
They share some sensibilities (kinetic long takes, themes regarding perception/memory etc) but they are very distinct from one another nonetheless as far as I'm concerned. Yuasa's unconventional animation techniques as well as Kon's distinct approach to scene transitions/editing are chief among various other things that distinguish them from each other.

I can 100% see why you would think that though.

But again most of the stuff I put up here were older works where I just stuck to recreating panels. Wasnt traced though, cuz u can clearly identify the messed up proportions in most of them lol. For example the Mikaela one, the hand is way too small compared to the face xD. same with the mio one. And the vagabond one, its way too off from how the manga pane looks, if u take a look at the volume cover for vagabond, thats what i redrew. If i had traced, even if it was bad, the proportion wudnt be that off.

Recently i just completely shifted to digital, so ive been adding my own touch to most of my art these days. If i ever draw for a commission i would not recreate anything though, except for characters. I like redrawing stuff for my own fun, dont know why but it stuck for all these years, and as long as I aint selling them i dont feel morally bad about it either.

Don't mind me just being in shock in the background because I have none at all. :c
All Comments