Hirohiko Araki's insane 100+ volume spanning thrill-ride and the multiple adaptations it has spawned have a certain macabre touch that you won't find in other shounen manga/anime.

Not Holding Anything Sacred 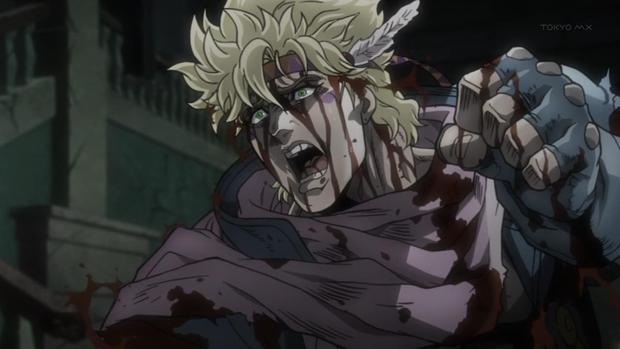 Jojo's Bizarre Adventure is a nasty series in how it isn't afraid to make viewers uncomfortable at every available moment. There's a lot of violence on display here (on top of it being really strange, which I'll go into a bit later). From the body horror the series employs, to the often horrific injuries the characters suffer at a moment's notice, these factors are often enough to make viewers cringe. This is certainly is not material for the squeamish.

Araki (the creator of the series) manages to find a sweet middle-ground between keeping characters alive through each of their many harrowing escapades a la One Piece or Fairy Tail, and killing them of at a seemingly episode-by-episode basis (why hello there, Akame ga Kill!). The fact that each story arc has essentially a new cast of characters gives the author more freedom to do whatever he pleases with them.

Juxtaposing the Ordinary with the Nightmarish 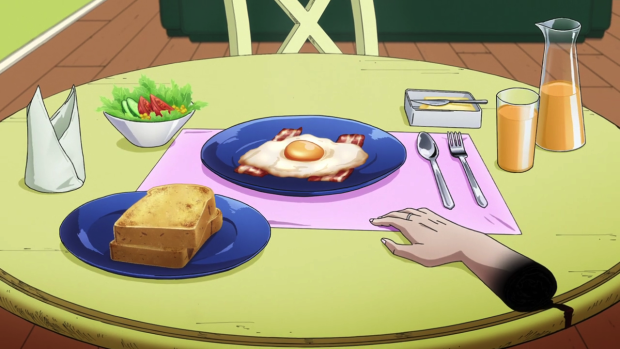 In the world of Jojo, you never know when and where to expect an enemy attack. For this reason, it's not at all uncommon to see all manners of typically safe environments changed into enclosed spaces of terror. From restaurants to hotel spaces, to shopping malls, and (as poor ole Jean-Pierre Polnareff would be aware) even the bathroom - locations often become just as much the enemy as the enemy themselves.

This extends not only to certain spaces, but with objects and everyday occurrences too; the doll in the corner of the room could be a murderous puppet being controlled from afar, the milkman might be planning out a murder, the itchy bug-bite on your arm might actually be a parasitic organism...and it goes on. The cute girl you go out with might be psychotic and willing to strangle you for not returning her love. That squirrel might be more than just a squirrel. For this reason, our heroes have to be quick-witted to deal with enemies that often find new ways to catch them and the viewer when they least expect it. 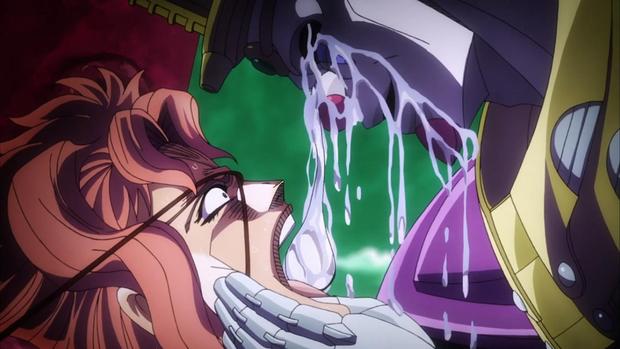 Jojo's Bizarre Adventure is typically remembered more for its, well, bizarre and hilarious moments than for its overarching storyline. This isn't so much a slight to Araki's lore as it is a testament to the ridiculously spontaneous nature of his writing. This is the type of narrative where you ought to expect things like someone biting off a dog's face and spitting it down the owners throat... but these moments manage to catch you off guard every time. 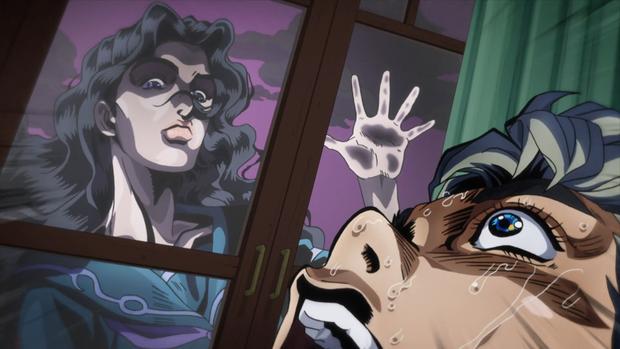 Bringing very specific details to life in strange ways and the general unpredictability of it all are only a few of the many factors that make Jojo's Bizarre Adventure an unforgettable juggernaut of a series. If you haven't checked it out already, get on it. The anime's third season JoJo's Bizarre Adventure: Diamond Is Unbreakable is currently airing and you need to catch up.