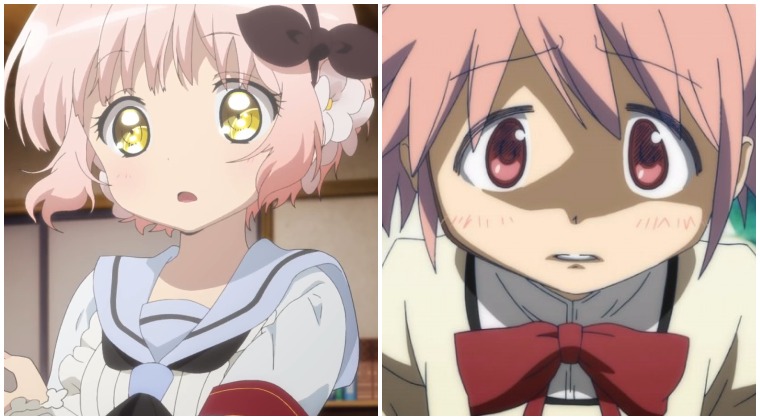 It's hard not to draw comparisons between Mahou Shoujo Ikusei Keikaku and Mahou Shoujo Madoka Magica (Madoka Magica for short). They're both about cute mascots offering young girls the chance to be magical girls, without bothering to mention the life-threatening consequences that make up the fine print of their contract.

They both feature a meek, pink-haired heroine whose optimism makes her powerful, yet incredibly naive. Arguably, the biggest similarity is that they're both magical girl shows where the girls can actually die. This is quite unlike most shows of the genre where the most violent thing you'll see is someone scraping their knee.

Many anime fans praised Madoka Magica for flipping the magical girl genre on its head by introducing these dark themes in a way that made frilly outfits and sparkly transformation sequences seem horrifying. It didn't seem possible, but Madoka Magica showed that these two seemingly polar opposites could find harmony.

It's all a Game 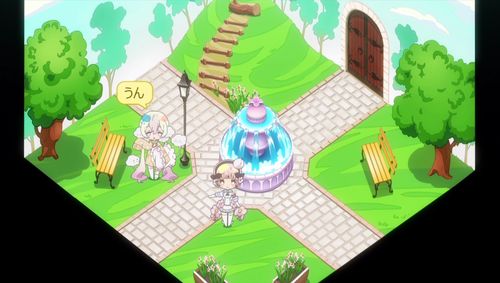 Mahou Shoujo Ikusei Keikaku fails as a Madoka Magica clone, largely because it doesn't make any of the character deaths seem meaningful. It's aims for these emotional moments to tug at your heartstrings, but completely misses by being far too casual. The whole concept of Mahou Shoujo Ikusei Keikaku is that a cellphone app gives these girls their powers. This whole thing is quite literally just a game. Saving lives earns them Candies, which is used to rank them and decide who bites the dust each week.

Fav (the game's mascot and overseer) seems to enjoy adding new "patches" to the game, such as the ability to steal Candies or buy magical items. This makes the whole thing feel more like a messed up, wacky video game death match. This takes away from the show being as solemn as Madoka Magica, but it does give Mahou Shoujo Ikusei Keikaku its own, odd charm. I feel that sometimes it tries rather too hard to be like Madoka and pretend it's this dark, deep show. In reality, it works a lot better as a silly show where the best part is seeing who will die next. 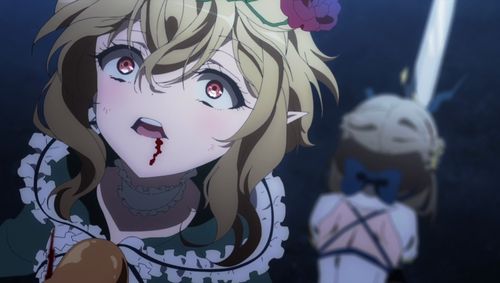 In Mahou Shoujo Ikusei Keikaku, it's announced early that there are simply too many magical girls, and they'll be reducing the number by one each week. This means that early on in the show, we know exactly when characters will die. This removes the whole element of surprise and terror. Madoka Magica billed itself as a regular, cute magical girl show early on...until it suddenly took a left turn and killed off an important mentor in a grotesque decapitation scene. It was such a shock that I was left just as shaky as the surviving characters in the show. I genuinely felt bad about watching the character die, and the despair felt by those left behind.

In the case of Mahou Shoujo Ikusei Keikaku, the deaths are literally running on a schedule. One girl a week. You know it's coming. They all die the same way. There's not much to mourn over when death becomes this inevitable assembly line. In fact, there's so little the girls can do aside from just prolonging their own lives, that it doesn't seem to take long for them to just accept it. Whenever someone dies, the other magical girls briefly shed a tear (at most!) before going back to collecting Candies.

At some point, they do become more proactive about preventing these murders ('atta girl!), so things are a little less predictable. It's exciting, but it's different to watching someone who was already an absolute psycho murder someone. Maybe the timing is harder to predict, but it doesn't take much guesswork to figure out the one licking her lips in bloodlust is going to be the one to strike. Compare this approach to Madoka Magica, where all the girls start off as sweet little girls, trying to survive. They only lash out after soul-crushing emotional breakdowns from a traumatic event, and you never know who will be the first to crack. It's much more disturbing this way. 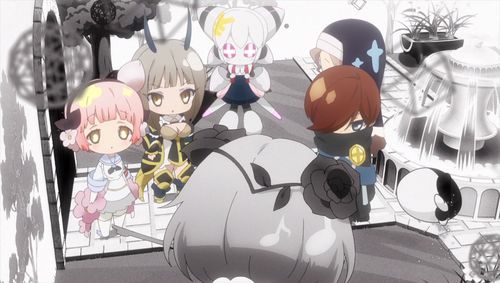 The cast of Madoka Magica was kept to the lean number of 5. It was easy to get to know the girls and their individual personalities, which made it all the more depressing when one of them died. The cast of Mahou Shoujo Ikusei Keikaku is more than double. Here, we have 16 girls, many of which we don't even see in a given episode. It's like Battle Royale with magical girls - you get close to a select number of characters, and the rest are there just to be slaughtered en masse for dramatic effect. When I don't even remember who a character is, I'm not going to be sad when they kick the bucket. There's no emotional impact. In fact, I feel more excited about seeing who will die next since it's so difficult to guess who will die in this messy fray (1/16 are pretty slim odds). It's completely different from Madoka Magica where I just wanted the deaths to stop so everyone could stop suffering. Mahou Shoujo Ikusei Keikaku revels in this misery, cheerfully inviting you to place bets on who will be the last one standing.

To be fair, I think they're trying to give us more backstory on some of the characters, but it's often too little too late. It's also a little questionable that they tend to give backstory immediately before killing off a character, which is waaaaayyy too obvious for a death flag. But in the end, this backstory is never anything particularly meaningful either. We just learn facts like Magicaloid needs money, Sister Nana is gullible and overly attached to her girlfriend, and Ruler has a tough time working as a secretary for an overly authoritative boss. These are nothing more than a handful of traits and circumstances thrown together - they barely form a complex person. However, if given more screentime, I'm sure they could have shined. Swim Swim in particular goes against the rule, as she's had a lot of development for a side character, and she appears to be more than just some amalgamation of sloppily chosen character quirks. It's not much development compared to Madoka Magica, which really put everyone through the wringer and had them coming out totally different and mangled at the end, but at least it's something. 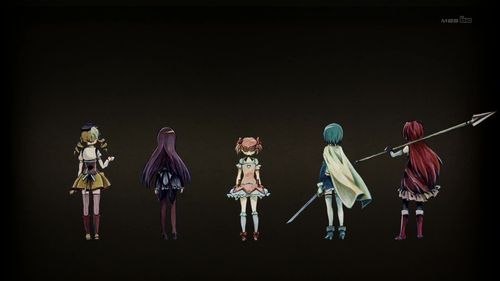 Both shows aim to be part of the dark magical girl genre. However, they both end up being very different anime. Mahou Shoujo Ikusei Keikaku aimed for Madoka Magica, but ended up missing and achieving something else. While it's not as captivating and ground-breaking, it is a fun little show about watching girls getting picked off one by one (and liking it!). In that respect, it's more of a campy horror movie that's not actually scary. Still, I've enjoyed watching it to witness the surprise of who dies each week (which is why I avoided spoilers). Mahou Shoujo Ikusei Keikaku is also surprisingly mature in some ways, such as how it portrays a genderbending magical girl and a lesbian couple without prejudice. I will give it some major points for that. But in terms of it being another Madoka Magica? ...Not quite.

About Overcooled of Metanorn:
A neuroscience graduate, black belt, and all-around nerd. You'll either find me in my lab or curled up in my rilakkuma kigurumi watching anime.

She also blogged about Madoka back in the day here.