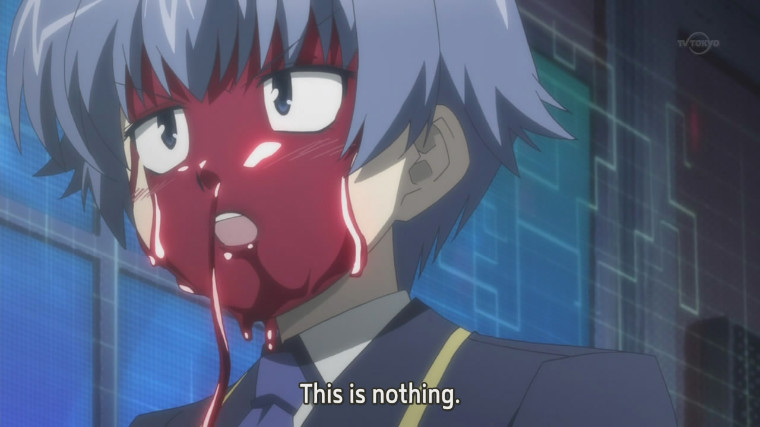 There are plenty of oft-repeated tropes in anime, many of which make perfect sense. But a couple of these trends have become so commonplace that we don't even think to question them anymore.

Here are the answers to five questions that have been nagging at the backs of our minds.

Why Does The Hero Always Sit in the Back by the Window? 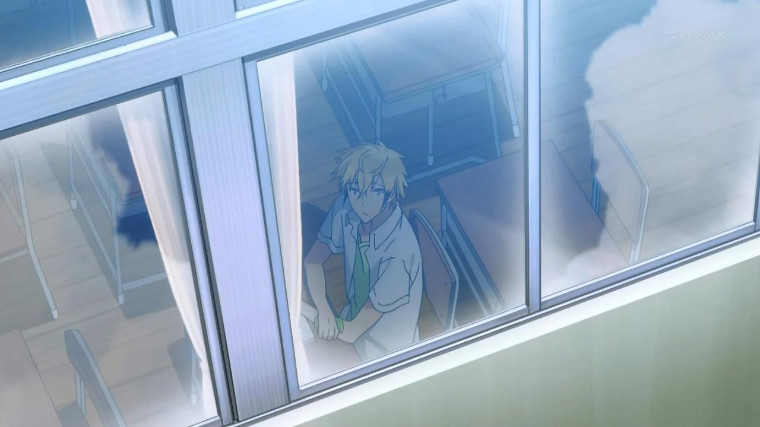 TL;DR: It's symbolic and cost-effective.

In the anime world, every single protagonist has the same exact spot in class. You know the one: it's in the back, in the last or second to last row, against the window (for easy daydreaming access). Is anyone who sits in this seat cursed to become an anime protagonist? What is going on here?

The artistic answer is that this seat is symbolic. Characters in this position are both a part of the group, but also separate from others. This spot gives them a sense of isolation, and represents their internal struggle with whatever issues they're dealing with.

The honest answer is that it's cost-effective and easier to animate. By placing the character in the back corner, animators only have to draw the corner and window, and imply that the classroom is full without having to draw all the other classmates. Imagine how much more work animating would be if the character sat in the front? Actually, you don't have to imagine. Check out Reddit user's Kenarious' infographic and it becomes pretty clear that the seat in the back by the window is the best seat in the classroom - especially for the animators.

Why Do So Many Recent Anime Have Ridiculously Long Names? 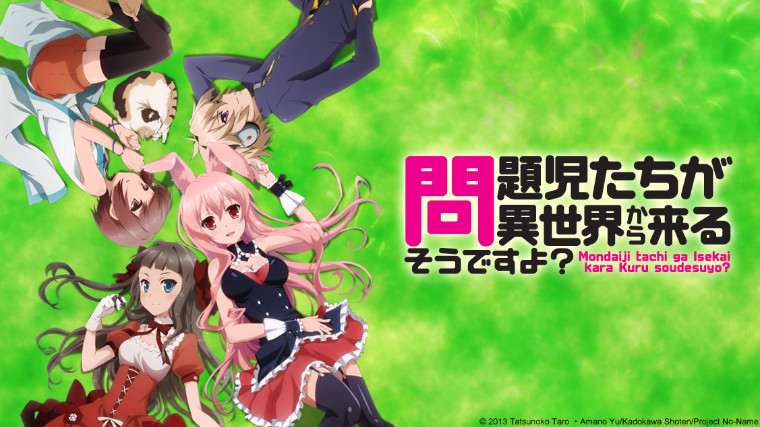 TL;DR: To get an edge over the competition.

The "impossibly long anime title" trend is by no means new, but it's been getting some heavy usage recently. Anime titles seem to be getting longer and longer, leading to ridiculous titles like No Matter How I Look At It, It's You Guys' Fault I'm Unpopular!, and Problem Children are Coming from Another World, Aren't They?, among others. Kotaku spoke to light novel author Pan Tachibana to find out why anime will soon need two DVD sets just to have enough space for the title.

According to Tachibana, the trend can be blamed on the light novel boom. With so many light novels (and manga, and webcomics, and... you get it) coming out these days, it can be hard for an author to stand out among the competition, especially for a debut work. To catch the attention of potential readers, the authors are making it easy to see exactly what to expect in a novel without even having to turn to the back. The result is a title that doubles as a preview blurb - which then gets carried over to the anime adaptation.

Why Do Anime Characters Get Nosebleeds When They're Aroused? 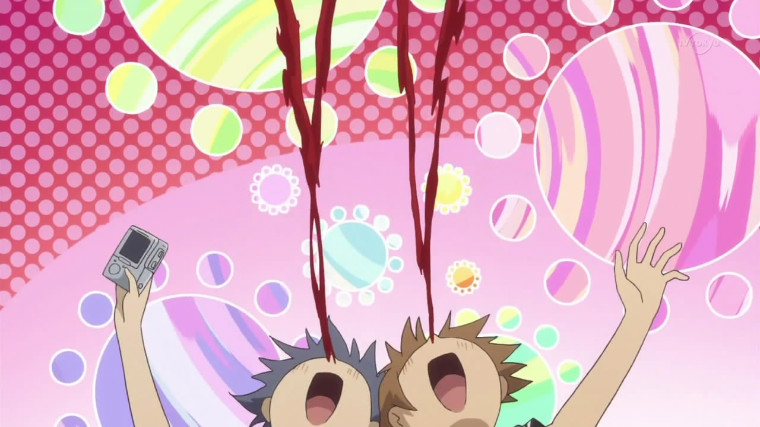 TL;DR: It's dramatic. Really, what did you expect?**

Anime nosebleeds vary from a mere trickle to epic geysers of blood. One thing they don't vary in: their cause. Nosebleeds in anime are used to symbolize a different kind of bodily fluid eruption. In other words, anime characters get nosebleeds when they're aroused.

But… why!? The trope stems from the idea that arousal causes a spike in blood pressure, making your face flush and, theoretically, your nose to bleed. To see if there's any truth to this, NicoNico News (translated by Rocket News) asked an actual doctor if there's any chance of getting a nosebleed from arousal. According to the doctor, the answer is, well no, not really. He leaves no room for interpretation: "There is no connection between arousal of this kind and nose-bleeds."

He does, however, offer another potential explanation for the prevalence of arousal leaving a bloodbath in its wake. The doctor points out that these nosebleeds may be a way to represent "extreme stimulation and an excess of energy," much in the same way as pro wrestlers might intentionally wound themselves in a match to build tension.

And anyway, how else would you comically represent arousal? When you consider the alternatives, a nosebleed suddenly seems like a great idea. 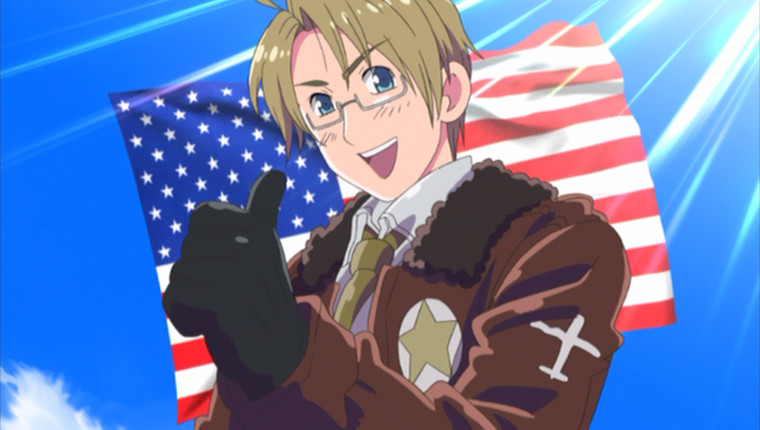 Humans, as a whole, are very self-centered creatures. Even in our subconsciousness, we assume the world revolves around us. When we see an image of a person, we assume that person is like us, unless otherwise specified. To the Western world, anime characters don't look Japanese because they lack the distinguishing features of the "stereotypical Asian" (epicanthic folds, black hair, pale skin).

Guess what? The same is true for everyone: anime characters look Japanese to Japanese people. You can see this by the way characters who are actually European or American are depicted in anime. In this article, Julian Abagond explains this in detail. The short answer is: anime characters appear to be different nationalities depending on who's watching. If you find yourself wondering why an anime character doesn't look Japanese, stop and ask yourself who you know of any nationality that has eyes this huge, naturally purple hair, and no nose.

Why Do Anime Characters Yell Out The Name of Their Attack? 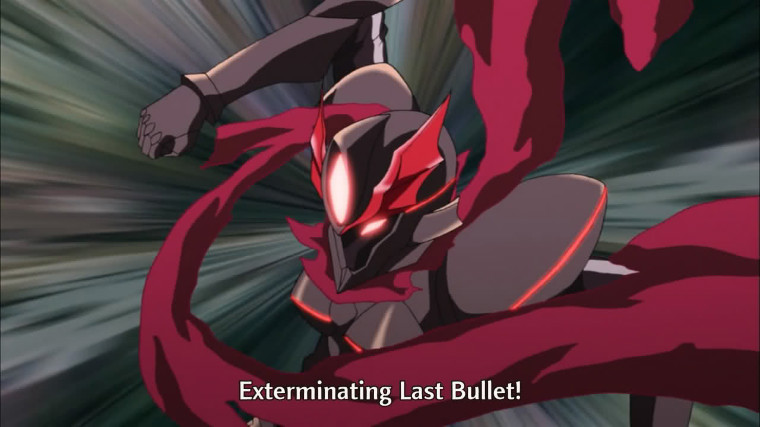 TL;DR: Either to help channel energy, or to help viewers get more into it.

Ignorance buster heart attack, go!!! You know you called that out in your head, magical girl (or action fighter) style. Calling out your attack as you prepare for it is a strategically poor choice. It's like announcing to your opponent, "I'm about to hit you from the right!" It would leave them vulnerable to getting easily blocked and countered.

And yet nearly every fighting anime has instances of the characters yelling out the names of their attacks. Why do anime do that? Some anime explain this away as a part of the technique: calling out the name of an attack is necessary to unleash it. If it's not explained, it might just be a way to build and harness energy, a technique used in certain martial arts called kiai. It also serves to build excitement, filling fight scenes with something other than the sounds of grunting and punching.

According to some sources, this trope in anime can be traced back to Mazinger Z, which is said by many to have started the whole attack name calling thing. One largely speculative explanation claims that this practice was introduced to get the kids watching the show to yell the attacks along with the protagonist. We couldn't find anything to prove or disprove this claim, but we love the idea.

Who hasn't yelled out the special attacks, catchphrases, and mottos from their favorite cartoon (anime or otherwise)? Rocketto PUNCH!!