The Wings of Honneamise 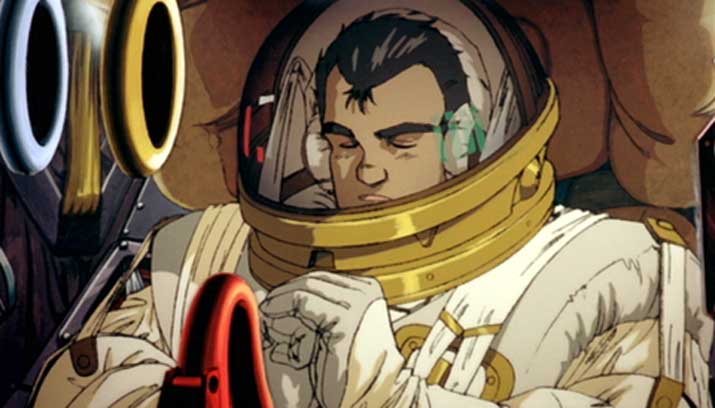 HoyvinGlavin64: Wings of Honneamise has gone down in anime history as a masterpiece, and for the first hour or so I could see why. Even by the end of the movie, I could understand the praise. GAINAX’s first feature film is a gorgeously animated tribute to the wonder of spaceflight with some well-done worldbuilding. So why do I hate it?

If you haven’t seen Honneamise, let’s do a thought experiment. Imagine an anime movie pretty much everyone loves, let’s say Porco Rosso. Now imagine Porco Rosso was released with a deleted scene included where, while they’re camping on the island, Porco suddenly tries to rape Fio. And then the next morning Fio apologizes to him for defending herself. And then we go back to the charming adventure we know and love without any differences in the plot following this deleted scene. Suddenly Porco Rosso’s not so lovable, huh?

Yeah, that’s basically what happens in the middle of Honneamise. Out of nowhere attempted rape, victim apologizes, zero consistency with plot or character before or after. There’s no narrative or thematic reason for it, it’s just… there. Interestingly, this scene was cut from the UK release, and many UK critics didn’t even notice anything was missing. Before I saw Honneamise, I didn’t know a single scene could ruin a movie that’s so accomplished in almost all other aspects, but… yeah.

Littoface: I've said this before, but that is absolutely ridiculous. Why did they even feel the need to include that? I mean, there must have been some reasoning behind the scene, right?

HoyvinGlavin64: Most charitable explanation: a really poorly handled attempt to make some statement about humanity’s capacity for evil and the characters’ failing relationship. Most insidious explanation: an excuse for the co-director to use cells from the scene as “promotional items”, which some very wise animator decided to destroy before he could do that. Seriously.

Jankenpopp: At the end of the day it’s fiction; there’s no obligation to consume it a certain way or at all, and it’s often the most bizarre or offensive expression that asks the most difficult and intriguing questions. Of course, Wings could be total garbage, but I’ll withhold judgment until I see it.

Enzo: I confess I didn’t remember that scene, but it’s been a long, long time since I’ve seen Honneamise. I suppose one could make excuses based on the time it was released, but that doesn’t really hold water for me. Misogyny is always a lurking danger in anime, but this is one of the more egregious cases out there. 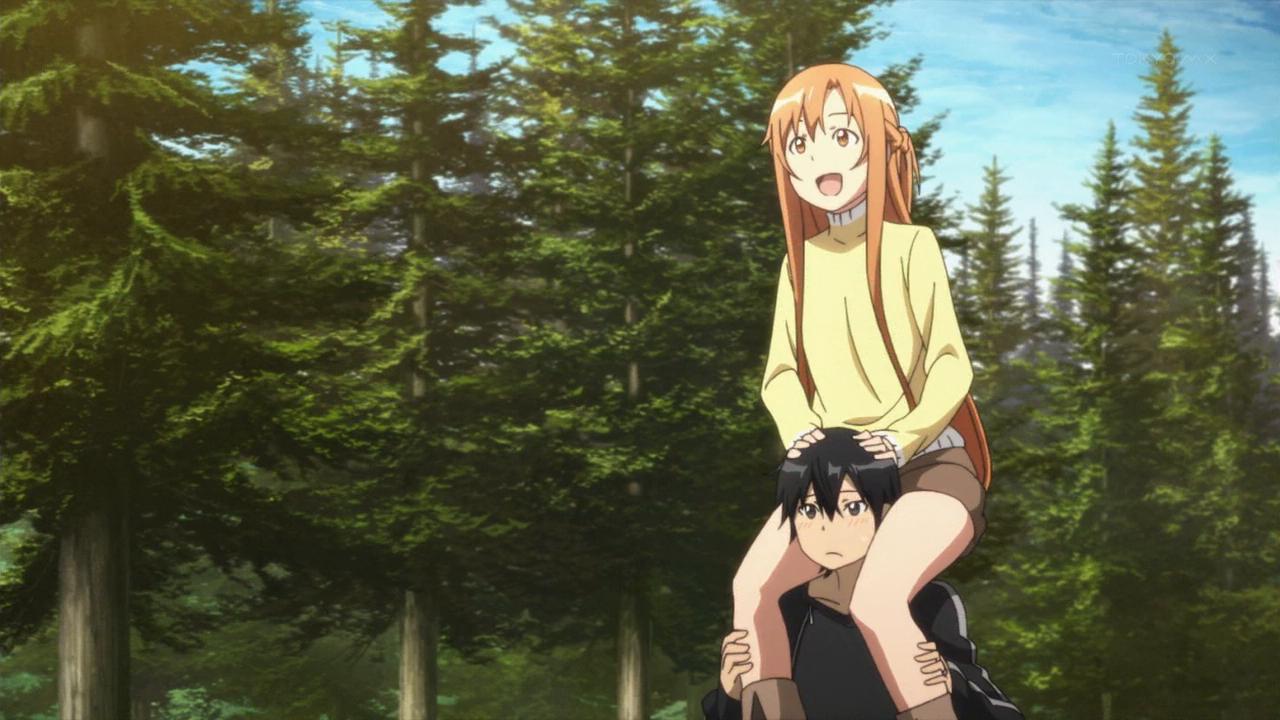 Not an action anime.

Littoface: I didn't know how popular this anime had become when I first heard of it. Instead, my introduction to it came from my husband, who claimed I just had to see it. It was an anime about gamers, something I haven't really watched before. I thought I would love it.

I watched two episodes. That was all I could take. You're stuck in a game where dying means death in real life - let's make some completely arbitrary choices. One character can help the others not die, so he's cast out. Another chooses not to use an item that will help him not die. It's like the characters here lack the basic human instinct of staying alive. I just couldn't care about any character after that. If they don't care about their own lives, why should I?

And this is before the anime even turned into a harem. Seriously, can anyone explain to me why this anime is rated so highly?

HoyvinGlavin64: I take it your husband couldn’t explain the appeal? I also couldn’t make it past two episodes of SAO before getting bored. Seems its appeal is mainly of the Gary Stu fanfiction-ish wish fulfillment vein, mainly popular with either younger fans who don’t recognize the cliches or older otaku who don’t care if something’s cliched or poorly written so long as it hits their fetishes.

Littoface: But my husband is neither of those! I mean, sure, he's watched some crappy anime in the past but he knows I wouldn't like those. Something about SAO hits some level of appeal that I just don't get. :(

Jankenpopp: My thirteen-year-old cousin is getting into anime, and SAO is this decade’s starter show along with Attack on Titan. I can’t pass judgment on it, but for a show where people use the tools at their disposal to succeed, try Overlord.

Enzo: I guess I don’t consider SAO all that disappointing, only because my expectations for it weren’t that high to begin with. If anything, the disappointment for me was that the first episode was excellent, and things started to spiral downhill from there. The fact is (Accel World bears this out) this is an author who’s great at world-building and historically atrocious at writing characters. SAO is pretty emblematic of what’s wrong with light-novels as source material for anime in general. 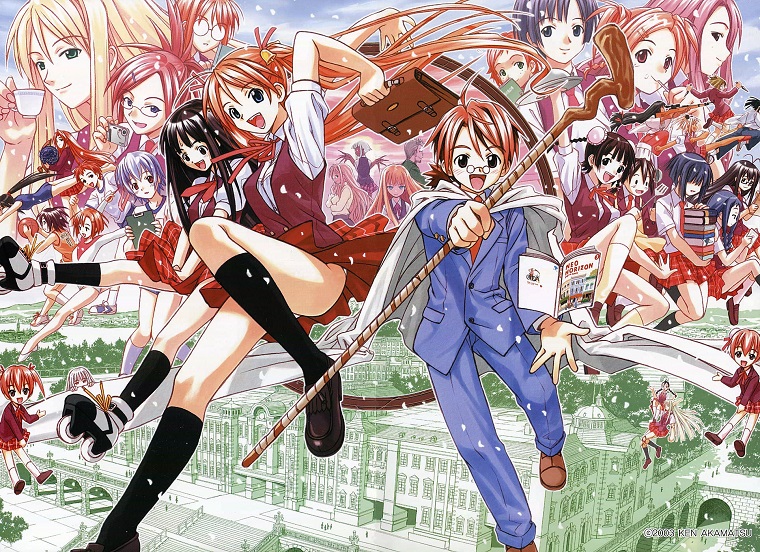 Guardian Enzo: The disappointment regarding the anime treatment of Akamatsau Ken’s Mahou Sensei Negima is so comprehensive that the hardest part may be limiting myself to this series. There have been so many failed attempts to translate this series to the screen that we’re really spoiled for choice. TV series, alternative versions, OVAs, Xebec, SHAFT - you name it, it’s a screw-up.

Listen I won’t pretend the source manga is a masterpiece - it’s no Rurouni Kenshin. But it’s damn good and I really loved it. It’s vastly entertaining and funny and full of likeable characters, and it deserves a lot better than the adaptations it got. The area of frustration is most acute in that the one thing that Negima never got was all it needed - a straightforward, faithful adaptation. The manga was hugely popular, and such an adaptation would almost surely have been well-received. So why was there this incessant tinkering, changing and bastardization?

Ken’s sequel, UQ Holder, is getting its own anime soon, but I don’t hold out a lot of optimism. The manga itself doesn’t have the same level of charm as Negima, and it’s also ongoing (and in the process of switching to monthly syndication). But hopefully it gets a little bit better treatment than Negima did.

HoyvinGlavin64: I enjoyed the manga back in the day but never saw the anime beyond one episode on a Newtype USA preview disc (remember those?). This was back when we had to buy anime one disc at a time so I had to be selective with money and seeing an anime with meh reviews of a manga I’d already read wasn’t a high priority. Doesn’t look like it’s rising in my priorities any time soon.

Littoface: I've only heard of this one, but I wonder: is this disappointing in general, or is it only disappointing if you've read the manga? (Enzo: I would say both!)

Jankenpopp: This one’s next on my list just because I’m a sucker for school harems. I don’t generally read the manga until after I watch a show; despite my love for the first season, Tokyo Ghoul is already showing me the error of my ways. 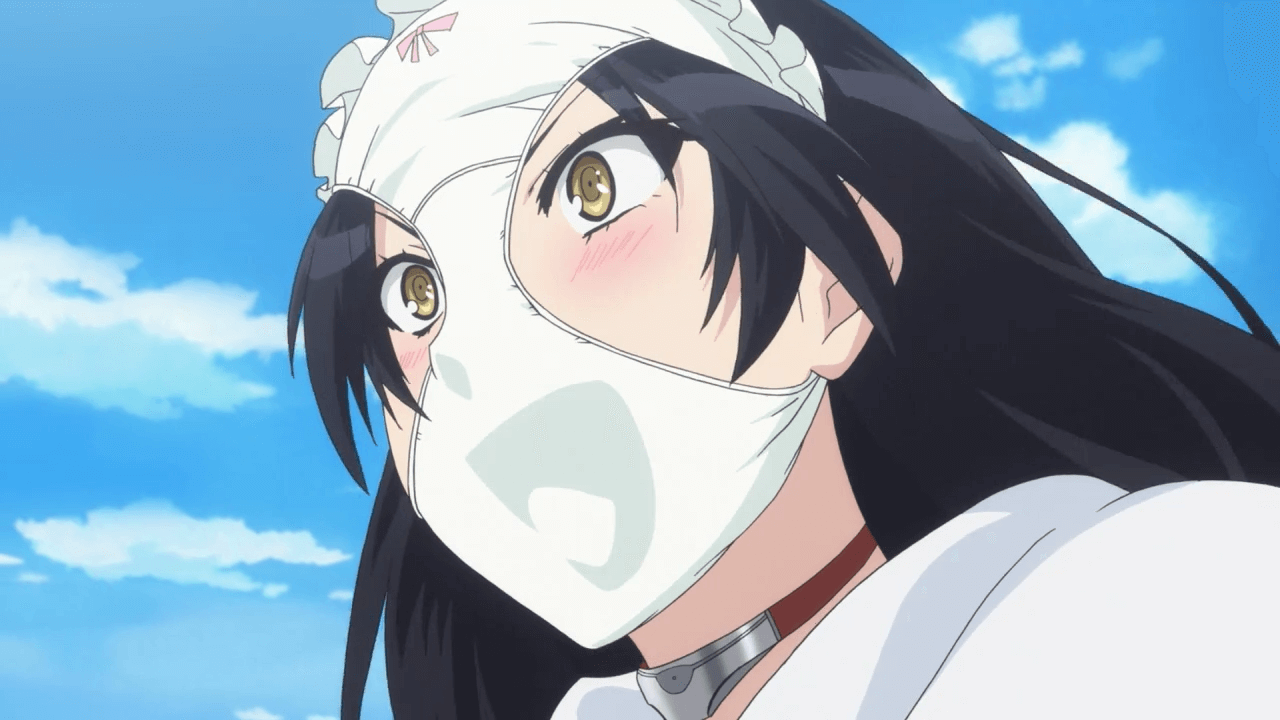 Jankenpopp: Summer 2015 was hands down my favorite season. Overlord, Prison School, GATE...you couldn’t ask for a more exciting slate of shows for a starving writer fresh from his college graduation. Then along came Shimoneta, an unabashedly goofy yet incisive satire on Japanese obscenity law and censorship in general. Having never read the light novels, I was reliably thrown for a loop each week by the show’s off-the-wall plot; almost a year hence, the twist at the climax of episode 4 is still burned into my memory. Shimoneta alums, you all know what I’m talking about.

Here’s a show that initially has everything going for it. Sexual curiosity sparring with puritanism? Sold. Weaponized romance tropes in a society totally unequipped to recognize them? Fantastic. Step-by-step instructions for homemade sex toys? Sign me up! It all culminates in a tense showdown between police and pornographer, a raid on a prestigious private school capped off by a stirring defense of individual freedom of expression and a pledge to fight on...in episode 11.

Then episode 12 casts it all in your teeth like a hurled brick. It combines the blandest elements of a villain-of-the-week plot and hot spring episode, mercilessly recycling jokes you thought could never be played out. This is a finale that pays little heed to the entire preceding story: it could easily be set almost anywhere within the show’s timeline, and in the process manages to completely defang the primary antagonist. Imagine a passionate, romantic evening with the lover of your dreams, but they dissolve into a plague of locusts at sunrise. That’s Shimoneta: the world’s first televised gypsy curse.

Enzo: Again, not a huge disappointment for me only because I didn’t go into it with huge expectations (but then, I never go into a LN adaptation with huge expectations). I do agree with the general observation that Shimoneta started out in fairly amusing fashion but lost its mojo relatively quickly. The joke (and it really was just one joke, over and over) wore thin and to be honest, I never finished the series.

HoyvinGlavin64: Haven’t seen it. Sounds like I could watch the first 11 episodes, get a pretty complete experience, and ignore the crap ending?

Jankenpopp: It’s a lot like the Overlord ending—there’s still lots of work to be done, but the immediate problems are resolved and the groundwork laid for something more.

Littoface: Personally I don't mind wind-down episodes, but they usually stand alone as OVAs so that you feel that they're optional. To throw this kind of episode into the last episode of an anime seems odd, but it sounds like it was like a sigh of relief after an exciting run.

HoyvinGlavin64: I’ve been a fan of anime since Spirited Away blew my mind 14 years ago. I’ve written film and anime criticism for various websites and make AMVs and short films. I somehow convinced Neil Gaiman to act in my senior project, “The Making of a Superhero Musical.” You can keep up with my current projects on Twitter.

Littoface: I'm a freelance writer, a gamer, and a lover of all things obscure. I'd have to distort time and space to get through my entire anime to-watch list within this lifetime.

Guardian Enzo: That guy with the blog who likes the anime nobody else watches. Also cats, Leicester City F.C. and single malt scotch.

Jankenpopp: Texas-born, Atlanta-bred actor and writer. When I’m not selling boxes or writing about underwhelming LN adaptations, I’m burning myself alive playing Pokémon Go. My Twitter has the full story!