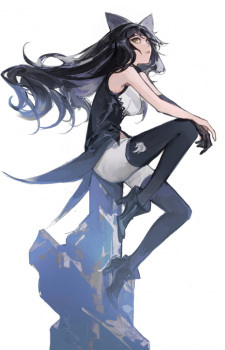 JoshuaF Jun 23, 9:54 AM
Nice Tsuki ga Kirei review, u couldnt of said it any better

BoguKamBek May 12, 7:16 AM
hoo. i just finished zeta gundam and am surprised by how much synergy and affinity i have with your own thoughts regarding the show that i haven't seen in the other reviews. that's nice.

Masserati_ Jul 29, 2020 2:11 PM
This reply is nearly two and a half years late because I barely use this site outside of updating my list at this point.

I wouldn't trust that review. I wrote it when I was liike, 16 and I don't stand by it at all. I've not touched Zeta in the 8 years since I watched it and my tastes have changed substantially since then. Back when I cared about giving shows numbers for ratings, I thought it was a fairly 6/10 experience but the last two episodes were really cathartic and boosted my overall score. Doflamingo45 Apr 21, 2018 8:58 PM
Jokes on you buddy boy. I could give three shits if Ichigo wins over Hiro or not. Though we all know she won't because it's gonna be boring and cliche like it always is. After all Zero Two is the main girl (holy shit). Anyways, I only took action on all of you tards because you were being hypocrites and saying shit that wasn't true.

Doflamingo45 Apr 15, 2018 10:21 PM
So a bad past gives her the right to use others as her tools and treat everyone like shit? I think you're getting things mixed up here. Was Ichigo the one who enslaved and tortured Zero Two?

Zero Two could literally kill the entire cast (excluding Hiro of course) and you'd defend it. Honestly main tards do want to make me kill myself.

Doflamingo45 Apr 15, 2018 8:59 PM
A certain someone kills tons, says if she kills the main guy she wouldn't care, and then beats the fuck out of the whole group. Not to mention she's selfish af (Tells the group she doesn't care and that she'll do what she wants after literally almost choking him to death). - Omfg.. best character, I feel sooo bad for her and she did nothing wrong :(

Other character has a one-sided love for the main and kisses him at the wrong time. - Worst fucking character ever