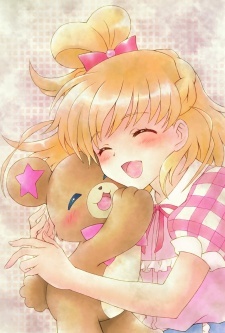 nakkiakki Apr 29, 2:05 PM
I see you have really good taste in anime. Can you recommend me one anime you watched that you think is good? I watch all genres I would be glad if you could recommend me one. ^^

nakkiakki Apr 29, 1:07 PM
Hello~ Yep, I added you cause I saw you watched a shit ton of anime and I'm kinda impressed LOL I'm like wow I wanna be friends with this person haha

Thank fuck I don't live with my parents or I probably would've killed them with COVID.

GonzoLewd Nov 1, 2020 3:12 PM
Finally having my own place so I can fully decorate my room filled with degenerate weeb shit without being judged. :v

Huss May 13, 2018 2:04 AM
Hello, i noticed you read jagaaaaaan. It is my one of favorite manga of all time. Can you tell me your favorite moment or character of the manga? Sorry if this is random. I am not really social.

Things have been going well on my end I'd say. I'm finally graduating later this year, thank god - another year and I would completely burn out. Pretty sure I won't get the internship that I wanted though, which is vexing me quite a bit. Makes me wish I looked for a job sooner, instead of spending 2 years doing scholarships, but alas. At least I'm finally earning some money now, even built myself a new rig! Piecing it together was surprisingly easy, and fun too. Also this probably goes without saying but I've been pretty inactive these days. Twitter just doesn't do it for me (I actually can't fucking stand it), and tbh I feel I've watched too much anime already, way more than I ever thought I would heh. That said, I don't think I'll be quitting it any time soon, so I'll just take it easy from now on. Seasonal anime is fun. Really miss our old mirc/MAL discussions though, even if that wasn't even that long ago lol. Maybe we should exchange a couple of textwalls just for the sake of it.