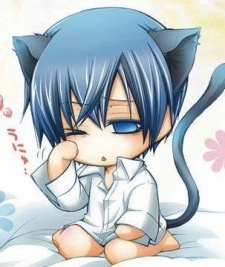 I'm doing okay, how about you?? and btw, I like your profile picture :)

Natsuki_SanJuan Jun 22, 9:50 PM
Well I rewatched the whole seasons in just 2 days. I think you should watch first the series before the movie.

Natsuki_SanJuan Jun 18, 7:29 PM
It's not that unnecessary and you can watch the remake if you want. It's basically same as the manga did. In other words, the remake is completely 99.1% adaptation from the manga.

I mentioned this on my review and the OG version was like in Fullmetal Alchemist. They changed the vibe from the manga itself, the charisma, and especially the ending, since it wasn't completed. The OG one was like a typical romantic comedy vibe and they changed the personalities of some characters, which the original author didn't satisfied the adaptation.

The remake was like the Brotherhood version of Fullmetal Alchemist. It adapted closer to the manga and you will really see the difference between the OG and the remake. The remake was more completed, true to its characters and the manga, which the manga was really a dramatic comedy romance one. Overall, the remake was satisfying and worth to watch. The only part that they cut was the Kyouko and Katsuya's story but you may watch on the Prelude movie. I remember I gave the first two seasons a 6 but when I rewatched it, it really made sense why the Final is one of the best drama animes.

Therefore, if you want the romantic comedy version of the anime that's lighthearted and hilarious, you may watch the OG. But if you want to watch the real Fruits Basket, watch the remake. Well, you can watch both and read the manga. I did the same thing.

Natsuki_SanJuan Jun 14, 9:56 PM
Oh I'm okay and thanks for asking. It seems you're watching many different animes, huh? You alright?

Kingofglory77 Apr 14, 6:59 PM
Im doing well too thanks for asking. Oh i see haha i understand that, tensura how did you like that? Im just currently watching seasonal anime

Oh. Well, I have been doing my classes online which was straining my eyes a lot but now school has re-opened which is a positive thing. So, maybe take a break from computers if possible. Like using it less in a day.

Lmaooo, I actually liked S1 more cuz I found it funny tbh. The okazaki and sunohara duo wasn't bad. They were the reason why S1 was funny.


Same here. She is innocent but....... she too annoying for some reason. But when I look at ushio, my day just get bright. She is cutieeee, I can't hate her. >.<

Natsuki_SanJuan Dec 12, 2021 8:19 PM
Gintama had many amazing serious arcs. But the Silver Soul arc in the manga was slightly turned into a generic shounen climax and it was rushed in the anime. Porori arc was great because the comedy factor that Gintama showed to the audiences was back. Because in the start of Shogun no Ansatsu arc, Gintama no longer delivered the comedy that Gintama's main agenda.

Natsuki_SanJuan Nov 10, 2021 9:35 PM
Mostly Komi, Takt, and 86 part 2 are the animes that I'm not enjoying but some of them are not enjoyable too. It will depends on your preference if you can find it enjoyable or not.

Well, I just watch anime depends on my mood and the story. I read the sypnosis first and if I find it interesting, I'll watch it. I remember I watched Gintama when the last movie was the top 1. The whole Gintama journey was pretty amazing, despite some episodes were boring and the jokes were repetitive. For me, the story went downhill in Gintama 2017 up to the last arc. The movie was pretty good also.
All Comments