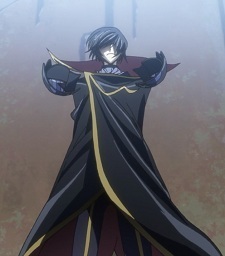 kuroos_hoe Apr 17, 12:22 PM
thanks! i think i saw your lelouch pfp on a forum and checked out your profile. thank you for accepting

daniraevys Mar 19, 3:30 AM
thanks for accepting fr.
I am doing great, what about you?

hoodu Mar 9, 10:51 AM
I mean I get what you mean; in the beginning I was like damn Alucard too op but then I realised that if there is gonna be an op character, alucard is the best fit due to his character itself. If we analyse his character we can understand that infact he is arguably the one who has it the worst despite his immense power and with the ending, it did make sense to me even tho ill admit it was confusing at first. I think the show lacked rlly good villans like sure Nazis but there wasn't more to it yk but still there were some philosophical aspects to the villains

hoodu Mar 4, 6:07 PM
Sorry the late response I’ve been busy!! I’m on ep8 of hellsing ultimate rn and I must say I LOVE IT SM, defo a 9/10 so far!! It’s such a decent amount of action and supernatural! What did you think about it?

RegulusX Jan 7, 2:16 AM
Thank you for the fr! I love the Index LN <3 it is far far superior than the lackluster adaptation. I see you love code geass too. I just finished watching it, and I love it as well, especially the ending. All hail Lelouch!

SpRayquaza11 Jan 3, 10:08 AM
I am glad, I know its full of plot holes but its a fun ride if you just consider the entertainment value

websky Jan 2, 9:31 PM
I thank you for your gift in the secret Santa (also for adding the photos!)
I’ve started reading Tokyo Babylon and really enjoying it so far, so thank you!

I see we have some similar taste so I might have to read some of your other favourites :D