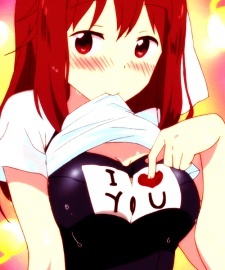 MicheleCostOwna Dec 24, 2017 12:13 AM
Merry Chirsmas, and what could be a better present than Onodera as santa? 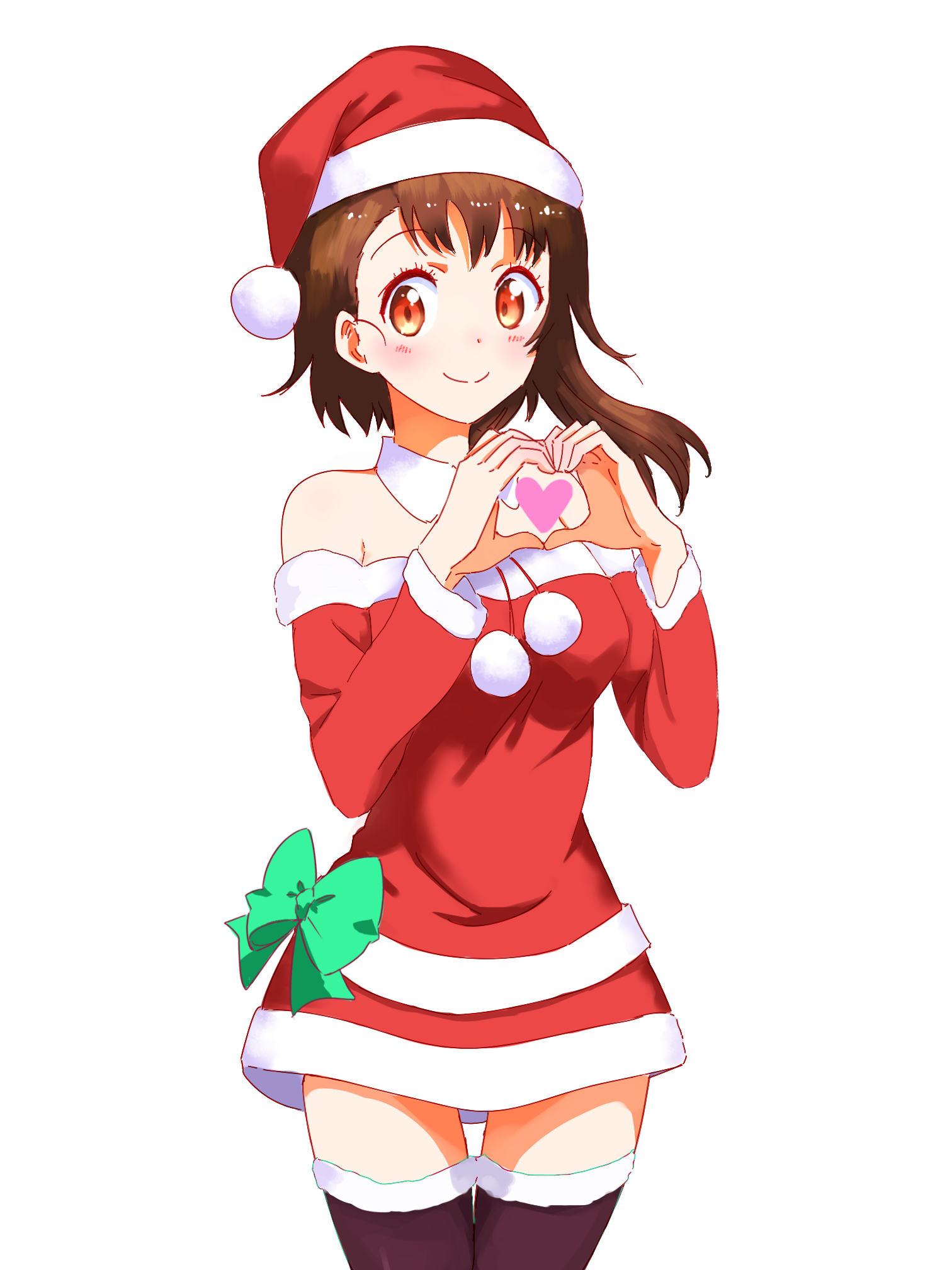 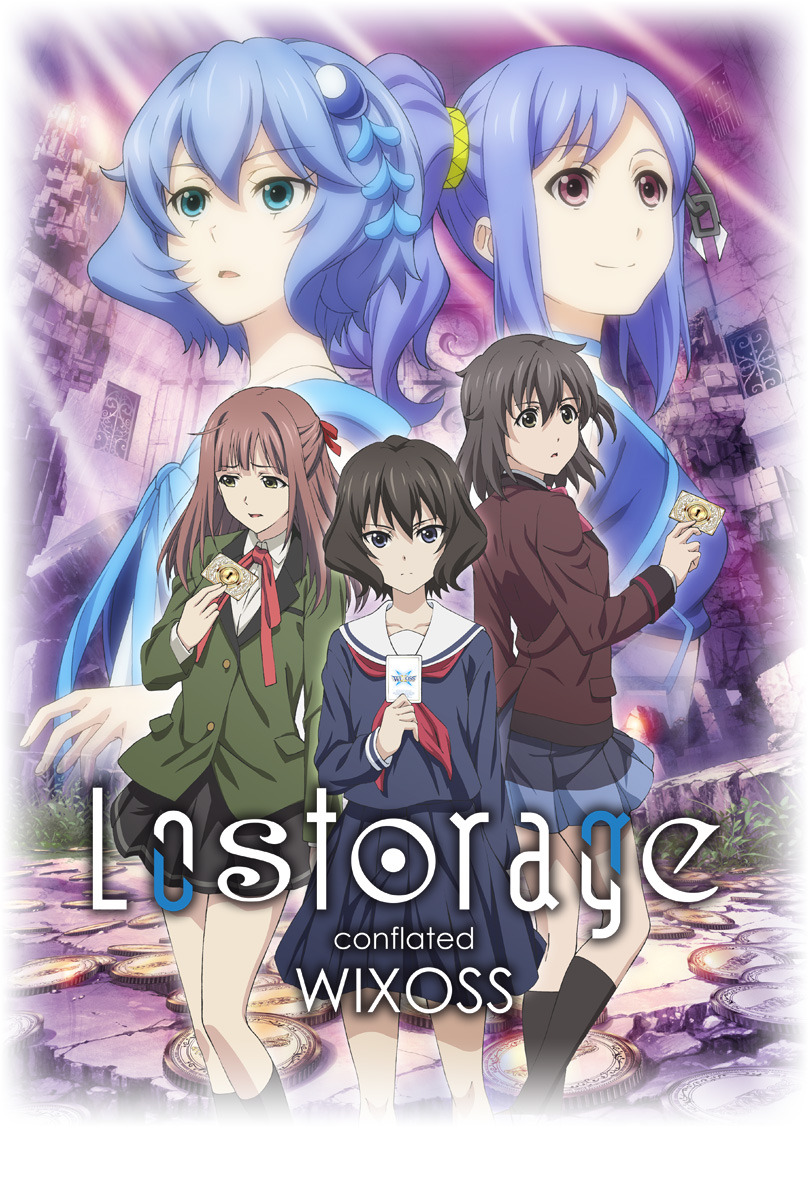 Grats on diamond. I peaked D3 and stopped playing ever since new masteries/runes. I'm an ad/supp/mid player, so it's definitely not because I was getting rekt by the ad meta, it's just that I really hate how the game relies less and less on mechanics / skill and more on meta and new champions. I didn't even get a Zoe game and I was looking forward to it.

But yeah, took a step back from gaming. If anything, I started playing a f2p game, Battlerite, which is pretty fun and very balanced. Short games too and fast climbing.

Speaking of drawing, I recently colored my first drawing on my tablet. Looks really good, though I was trying to reproduce an image and the face looks pretty different, haha. I'll show it to you eventually if you want, just need to get on my tablet. The thing with art is that you really have to like what you're doing, because it takes a lot of pats on your own back and results come REALLY slow, especially if you're investing yourself into doing something really nice. I don't have patience for musical instruments, I'm limited to learning something by heart and then just repeating that until I peak (sorta) and get bored. Piano is annoying for me because of how it's not transportable... And with that criteria, there ain't many things I could learn to play that I would enjoy. I would've loved learning how to play the violin; I look at the shit artists like Lindsey Stirling produce and I get so jealous... But god, the violin has to be one of the worst instruments to do maintenance on, move around, and play, with all the bs that affects it like humidity and temperature.

blob Dec 6, 2017 8:49 PM
No problem, haven't been active at all on anything anime related since I left the Discord server really, including here. Can't tell if it is because I just have nobody to talk about that stuff with or if it's because anime in general has no appeal either to me or generally. I'm pretty healthy without it though, not looking back at all.

Gonna finish my engineering degree this month and will quit my current internship job to look for an official one, so I'll be job hunting and look up into some cool hobbies that don't have anything to do with games. Was planning on doing some gadget stuff, so I'm following robotics courses.

And damn, that's some expensive shit you're on; thought you were just a poor pizza baguette boy. Did you drop the internet cafe's? You going there with your girl? Forgot if you had mentioned it.

I'd be too pussy to go to South Korea in this era, but then again you're from France. Hope your guys been okay with all that shit going down, haven't really been following the news on it, seems to have calmed. I bet you're riled up for your futbol, apparently France has got it easy for a bit.

Anyway, that's all I wanted to share with ya, sorry about the length; it's in my veins.

Akzhu7 Nov 30, 2017 7:54 PM
Someone else who likes isshuukan friends? this happens every thousand years lol and I see that you also like Bake and Oregairu, I have to say that I see some similarity in our taste for anime and I have to recommend you something.

- tenshi no tamago
- mononoke
- shirobako (I'm sure Emma will be of your liking)
- katanagatari
- pupipo!
- kobato (More Kana)

I hope not to bother you with my comment, but I had to comment something after seeing that we have more than one similarity in our tastes.

You in Japan yet?

MicheleCostOwna Oct 12, 2017 1:05 AM
I remember i remember, its that Mayushi flashback was much later in the story as opposed to what i mentioned which was much earlier.
Kaya wanted to try something different after all, she felt her life wasnt going anywhere, and you only live once after all right. GOtta find something that actually fits you so she thought of being an idol, and im glad she found it. Oh cool you had Yoppi in favorites as well, her new hairstyle tho :D i like it more than her long hair style.

I see i see. Artistic people with talent are always really admirable and especially those that actually pursue it like Nanami.
Im sure we'll get used to the visuals, it all takes time :D as long as its not sloppily done, or fails in animation. Which so far WUG wasnt that bad in, we definitely can get used to it. Even to the dance. even :D

I only watched Wixoss out of those, but i of course know all 4. In fact i used to have Wixoss in favorites as well as Ruuko (she is such an angel and so kind <3) i still consider Wixoss a favorite but not as much as before and definitely not as much of a favorite as anything else in my favorites,in fact i can even call 40 animes that are more special for me than Wixoss.
What do you like about Wixoss btw? since it might not be the same as what i liked but in my case its pretty generic.

Let me change the question a bit :D what do you like a lot from the last 2 seasons, you can include this one as well but we are only on week 2... Right now its. Hina logi, princess principal, shoukoku no altair,tsurezure, mahoujin guru guru(im really behind here)

And overall i watch everything and can like anything, i guess i really really like mahou shoujos in general, but i've yet to watch many so its not like im that experienced in it... or just in general i love amazing stories and amazing characters.

Never read the lyrics, the only thing i will never forget is IKUZE GANBATTE WAKE UP GRILSSSS. Just the best >_< Also wake up girls have more songs btw :D https://myanimelist.net/people/41956/Wake_Up_Girls

I actually forgot which other animes did it... i guess i remember Nana doing it mostly but thats because i rewatched the anime couple of times. but also because those parts were great, seyuus are really popular and they were really great at that in the end.
I guess i can agree that WUG seyuus are happy doing that :D well surely they will their Wake up girls brand is becoming more and more popular :D

Do you remember the animes that did what WUG did with seyuus speaking in the end? or i guess if you dont remember answer what are your favorite type of special endings. Be it Omake or seyuu's talks or some kind of special something :D

MicheleCostOwna Oct 10, 2017 9:16 PM
I liked Mayushi speeches the most. I also do agree that WUG is the more realistic idol anime. How harsh the industry is.... The I-1 especially. What was those 3 harsh rules? 1)Dont rest 2)dont complain 3)dont think. Pretty much ripping off your human rights and you are just an idol for the I-1
Lol you were implying there that you could've add even more wake up girls huh. Didnt know you played piano, then yeah Nanami should be pretty close for you, are you also aiming high like her? *seeing wake up girls idol group as just a stepping stone* I really like Nanami's serious personality also she reminds me of Momo from New game...

I gotta say i kinda felt a bit embarassed that i didnt recognize anyone in second season during the first minutes and during the opening, took a while to get used to new visuals... LOl'd at one comment "So this is how Berserk fans feel" XD

Any other anime you currently love that you dont have added in favorites? limit is 10 after all.... Also which Wug songs do you like? personally 7 girls war OP 2 for me and i dont like current season's OP. And endings are just a no no.
Also since you like idols do you like the last seconds of every episode where we see their seyuus (who are real life idols) talk to us?

MicheleCostOwna Oct 9, 2017 4:44 PM
I read your comment in WUG second season's first ep discussion... Great to find such a fun. "If you remove remove some kg to Oota, it'd be totally me lmao" LOOL
I see you have Mayushi in favorites, im not the biggest fan of her, i love Miyu much more she is just an angel, but i gotta say that Mayu's backstory and her personality definitely makes her the most remembarable girl, not sure if ill ever forget her. Her story is really great.
And i love that image even if visuals are weird :D