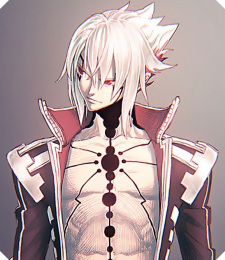 Why would I tell you where I'm available?
gtfo.

You have a nice and cool profile here. We also share a decent amount of tastes in anime as well, so if you want, I'd really love to talk with you on Discord if you don't mind. ^^
Here's my Discord ID. LunarStarGirl345#3643

ARIERU98otaku Mar 24, 9:52 AM
I like ur opinion about the trails of cold steel game

AdolZeppeli Jan 19, 3:18 PM
Gotta bless part of the fandom for that job of uncovering the composers (and those brave enough to listen to Singa so you don't have to XD)

Damn, seems like there's more to Falcom that I haven't heard when it comes to their policies heh.

AdolZeppeli Jan 19, 6:32 AM
One can only dream lol. Not Square tho, their ports are very questionable at least, for the most part and they almost never patch their ports.

Yeah, Jindo's golden era was when he rearranged Most old Ys songs. I kind of wish Yuzu Koshiro made a return to Falcom, but at least he's not fully retired, I think I saw he's on a project on a certain game, Arcterra I think. Guess we'll be sticking to Singa buzzing for a long while. At least the community mods will save our ears xD.

AdolZeppeli Jan 19, 5:03 AM
What's more sad about this, is that most fanboys don't hear anything wrong with Singa, they just hear and bang to it even if it's the absolutely dreadful buzzing metal, and as a composer myself he's everything I don't want to be or even sound like. Granted, the guy has composed good things like Iclucian Dance, but Falcom weird decisions made him try pieces he's not good at, takes a great arranger like Jindo to turn them decent. But yeah, it's not very clear if Unisuga actually left or Falcom got him away from Music, either way it's sad that we won't have more bangers. There's still Jindo, but he excels more at arrangements and there was a new Falcom musician named Koguchi which is solid, but won't fill the void of Unisuga.

I remember discovering Zwei thanks to a random GoG offer that had a screenshot of an Ys minigame on it, and I discovered Gurumin with the ost of the Secret boss. It's not a mistery that most of my discoveries of potential good games are thanks to the ost lol, I discovered Sorcerian, Brandish and the previous trilogy of Legend of Heroes before Sky. I would have loved to try Sorceriand and Brandish, but my experience with Xanadu Next was awful towards the end, so I'm unsure about those two, despite bangers like Gadobadorrer.

Given the recent news of Microsoft Acquiring Actiblizzard, it makes me wonder what would happen if a bigger JRPG company were to buy Falcom, will they finally stop cheapening out and actually do something good for once? Not just that, get a better translation team to release games in the west faster, because by the time Ys X Comes (provided Falcom still care about the franchise) it will probably be 2035 lmao.

AdolZeppeli Jan 18, 4:43 PM
damn that's wicked. I have a friend who was even stalked and trash talked on 4chan for no apparent reason than just disliking it kek. I'm kinda glad I never took part of any fandom because some people are really REALLY entitled. Worst part of most of these toxic fans is that they started with CS and are so entitled with it and call you a falcom hater when most of us have a story from way before CS even existed, at least on the west.

I was there before Sky 3rd was ported to PC, but now I switched to the Ys Supremacy, but even still, Falcom weird choices makes me worry about the future of that franchise, with the parting of Unisuga and yearly releases of Kiseki games the current state of Modern Falcom is concerning.

AdolZeppeli Jan 18, 2:53 PM
That forced positivity toxicity is what makes any conversation with them an automatic red flag lol. Granted, not everyone is like that, but it's pretty yikes when they target you like that. Quite ironic of that guy to say "You’re a bunch of elitists that don’t understand that people can have opinions and act like your takes on the arc are subjective." when he did the same to you and me lol.

I almost forgot that I had disabled comments after that happened, sorry for the inconveniences haha.

AdolZeppeli Jan 18, 6:43 AM
Looks like this mosam00 guy also targeted you for disliking Cold Steel, I tried to voice my opinion, but the more I talked about it, the more it seems that I was talking towards a wall. I literally had to block this guy, otherwise would drive me crazy. Seeing your convo with him convinced me how toxic this guy is, Sen fanboys in a nutshell.