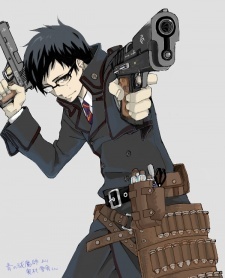 Aiyele_Ahiru May 16, 2019 5:32 AM
Does your group have a good recommendation thread you would recommend?

imperlast Apr 22, 2019 5:17 AM
mals being stupid and not leting my change ppl admin status i went to ry and make you one, and i totoaly ubderstand, im wioking on that for a few my my other clubs i run right now

i need things i can get away with reading in school :c

Zhou May 19, 2018 8:13 AM
After Japanzai's shutdown no group has scanlated any more chapters. These are all scanlated chapters https://archive.org/details/manga_Sasurai_Emanon
Btw, I just checked the artist's blog and a new volume came out in April. It's called Zoku Zoku Sasurai Emanon.

EDIT: Just saw your second comment. I remember it being super annoying to find the chapters in the right order when I read it years ago. It's too bad no English publisher has picked up the series.

RLePage May 1, 2018 10:50 AM
I think I'll go down the list one by one, will take forever but I'll definitely find some great stuff! Out of that small list you sent I really liked the TTGL Op and the Noragami s2 Op, thanks for sharing! I love my list right now but its nice knowing that there are so many amazing songs out there, you cant really ever complete it