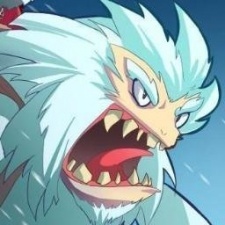 tinchac Dec 16, 2015 1:52 AM
Personally I can't stand to watch a series of which I read the manga previously being adapted. It's not that I feel the anime never does it justice, but to me the plot being spoiled makes it too predictable and I don't feel engaged, which is kind of weird when I love rewatching so much. The other thing was that following my completion of 80% of the manga I read there was an anime adaption announced within a week of me finishing it. It was so reliable that I had to stop lol.

Was wondering if you were a redditor, the brigading is my only problem with the site. I really dislike seeing everything being about the one popular series, seeing cosplay, fanart, discussions and discussion threads all stealing the top spots, it just feels super obnoxious and suffocating. That being said, if I've seen and liked the series I really like it. Makes me a bit of a hypocrit and results in me being unreasonably sour towards series I haven't seen yet.

You said you started watching at 8, were you just watching dragon ball or naruto and stuff or were you delving deeper into the community? I know the first show I watched was To Love Ru, so I was screwed from the start, but it seems almost everyone I know started with one of those two shows.

tinchac Dec 15, 2015 3:07 AM
Fair call, although I always go of personal recommendations rather than community based ones. It feels like most people in a community based approach to discussion will only say the opinion they feel is the safest and most popular rather than the one that they truly feel. Also, I find that I generally disagree with the crowd's views on popular shows, such as disliking AOT, liking Guilty Crown, disliking Anohana etc. The other thing is that the community will generally not give you a detailed reason they feel that it is worth watching, so even if you feel you are biased I'd love to hear what makes the show great for you. That being said I will definitely get around to watching it at some point, I just prefer to watch the popular shows spontaneously for some reason. I definitely will tell you my opinion on it when I get around to watching it, but it might take me a bit of time. My friend recommended me NHK over a year and a half ago and I've still not got around to starting it.

You say you've been following the OPM manga for around 2 years, how long have you been into anime/manga? I've only been going for just over 2 years myself, I can't think of what it must be like for a series I'd been following that long to get an anime adaption.

tinchac Dec 12, 2015 1:52 AM
Yeah I think I did mistype that. Was probably asking why you skipped Utawarerumono. It's a really nice show I reckon, Cavalry has to be my favorite of the season but it has some really nice Spice and Wolfy vibes in the early episodes and has some good humour and a brilliantly selected cast which shine through in the later episodes.


I'm not huge on One Punch Man myself, although admittedly I'm basing that on my experience with half an episode of poorly subbed LQ video that was leaked on Nico Nico Douga. It just seems to me that it's really overhyped, and although I love parody it seems like the who gimmick of the show would get boring really fast. I'm not a fan for following shows that a lot of people like, they always over-raise my expectations and always over saturate me with fan content. Do you think it's worth a watch even for a non-action fan?

tinchac Dec 7, 2015 12:23 PM
Mayo Chiki and To Love Ru on my favorites usually makes me the kind of person that people don't want as a friend xD. Well that's fair enough, I can always respect someone's taste who has Monster Musume on their top anime list. Also thanks for the CSS tip, might have to add that to my list at some point.

I notice you're watching a load of shows this season, what are your top picks? Also, why skip ? It's so good!

tinchac Dec 3, 2015 7:02 PM
Hi, if you don't mind me asking why did you add me? It's not that I don't want extra MAL friends, just wondering how you even stumbled across my profile lol. Not meaning to be rude or anything, just curious.
On a different note, your CSS is amazing, that animation that brings up a series' photo is super polished.

I'm having a good day...going to work sadly but I had fun on Skype and hope to watch some anime tonight ^_^

Also how did your day go?...or is going?...you never know with these time-zones XD