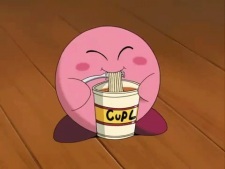 Give SEVENS a try.

Symphogear is over and doesn't really feel that amazing anymore.

SpeedRoidGenm Oct 15, 2019 2:12 AM
There’s still the Symphogear Live concert around the corner. That’s where they reveal and/or tease future projects for the series. Hopefully we might get a season 6, or at least a new cast to go with a new story because this franchise is hella profitable in Japan right now.

SpeedRoidGenm Oct 15, 2019 2:12 AM
That's a possibility. I been thinking on how Symphogear ending with 5 seasons sounds pretty sad. It was one of the most underrated animes in history since fans never gave Season 1 a chance. I never remember this stuff cus i really forgot about this show since no one was trending it. But when Season 2 and 3 were announced after i finished Doki Doki Precure and YGO Zexal, but hated ARC-V during Season 3 i decide to go back. Also, this was a gap between 2013-2016 cus i think 2013 i've seen season 2 and rewatched in 2014. Sames goes to season 3, but haven't seen AXZ till 2018.

Still, it’s sad to see the franchise end. I’ve had some nice memories with it ever since I started from season 1 this past summer.


Just wish it had the level of generations as:
Yu-Gi-Oh, Precure, Kamen Rider, Super Sentai, Power Rangers, Glitter Force, Digimon and Beyblade because those series with multi generations are still ongoing and doudt will end any time in the future since fans love the characters, design and of course the toys.

SpeedRoidGenm Oct 15, 2019 2:12 AM
From what I've heard, this series financially profitable i wish it does continue. From what i've heard it's not the level of Kamen Rider, Precure, Yu-GI-Oh in terms of multi generations cus it's only original cast. Symphogear Live concert around the corner and might tease us a trailer for a new cast just like Precure and Yugioh to make the series go on. But this doesn't mean Ono Katsumi will return since YGO needs a strong director atm for ygo 7 to finally make the show like 5d's in terms of quality.

I will think for new cast in 2021 will debut just a theory, but as for who directs it, i doubt it will be Ono cus tho shows will be a problem. But he does love Symphogear and maybe one season will do fine. I heard his 5D'S anime was liked by both western and japans fans, but his arc-v anime was hated by both only to get mixed reviews.

New generation anime for Symphogear sounds good and having their own universe sounds good to me.

Symphogear ending with 5 seasons after 7 years feels like a letdown cus i doubt will ever see a good magical girl anime atm. I don't care for Madoka or Sailor Moon cus both of those are just hella bland and stupid.

Definitely had a lot of strength for a final season. I just wish it got more fans to love it, since it's underrated and ''It's not Madoka'' bullshit speach. Just like how people never gave YGO a chance after GX, I will never give DM and GX a chance for their shows to be callled the best.

And if a ya interest check out my other ones~