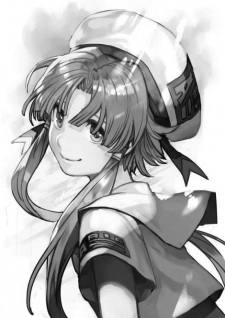 JizzyBizzy Jul 1, 6:02 AM
Where do you learn about most of the horror movies you watch? If you've really seen that many then at least some of them must be more on the obscure side. Do you know Horrible Reviews?

JizzyBizzy Jun 13, 5:48 AM
I am working on an IMDB list ranking all the horror films I've seen, but it will probably take a very long time to complete before I set it as public. I'll do that once I've seen a lot more stuff and they're currently on hold. Once I do release it though I will remember to send you a link. I do know for a fact that once you see it you will think I am a weirdo.

JizzyBizzy Jun 13, 5:43 AM
Nice. Of that list I have of course seen Psycho, The Shining, Perfect Blue and Dr.Caligary which are obviously pretty good, but have been sleeping on the other ones for now. Will check them out eventually. I agree there is a huge sea of grbage horror. It is my favourite genre just because of how much potential it has with atmosphere and entertainment value, but it is simultaneously the most disappointing one in practice for the most part.

AurafullAlex Apr 27, 2:26 PM
Yay someone who is actually the same age as me and myt B day is not much further off being in February as well. How are you! =D

Hokage_Jason Apr 26, 7:58 PM
Hey you like metal right? At the very least I feel like I remember you saying you liked bfmv when we discussed music. Thought you might enjoy this, a live performance from a Japanese metal band, pretty incredible.

JakeAdams Apr 23, 5:09 PM
That's the frustrating thing: I've been watching tons of tutorial videos, yet I can barely understand most of it. Like, they'll say something like, "I don't like this pitch, so I'll cut it out" but I'm unable to detect those pitches, for example. I think having a tutor right next to me, in real life, would be the thing that helps me. Unfortunately, with quarantine and all, that's impossible. What do you mean when you say the piano is too trebly? I think I kind of disagree with the metallic sound being a problem; I was going for an old school hard hitting snare. But I think I kinda see your point, and will try to be more careful with snares in the future.

Would you say the mixing on the latest tracks is a little better, though?

Don't worry, I don't feel discouraged, and I greatly appreciate your criticism.

JakeAdams Apr 21, 9:13 PM
I uploaded 2 new beats onto my Soundcloud, with your criticism in mind, by making sure they're not too loud. When you have the time, could you please listen to them and give feedback?

EmilioX Apr 19, 7:08 AM
Very nice presents and those indirect gifts are very cool as well. It seems like it was just ment to be that way. ^^
That is also a nice idea, saving some episodes of a very cool anime for your birthday.

sockerdricka Apr 17, 3:23 PM
Wow, the news dropped on your birthday? That's nuts. Congratulations on the present, I hope it'll turn out to be a nice one (and also, belated happy birthday).

I'd be fine with either of the two options. Feeling kind of wary about what to expect, if it's full focus on the new singles I'm not sure how well that would or could compare to the original series. As long as some of the old cast is present even if in the background that'd alleviate, or more focus on Ai (Ai + Akari would be awesome).

Either way it was a happy surprise. In the best case it will turn out to be something amazing that can recreate the magic, or if not that great atleast a chance to get to see a small continuation of an old favourite.

JakeAdams Apr 17, 9:08 AM
Thank you for your feedback. I'm still trying to figure out this whole mixing and mastering thing, but I think I have a basic understanding of your criticism. I have auditory processing disorder, so I think that's why I have difficulty noticing a difference in sound when I mix. But I think when I mix, I do focus on cutting out the low frequencies, which may be causing the beats to overall sound too loud. How do you feel about the beats' melodies? Do the melodies engage you? Do you feel the beats are too simple?

EmilioX Apr 17, 5:49 AM
That is good to hear, my birthday these days is still pretty big, but that's because usually all the friends from my parents etc are also attending. When I move out, I do want to celebrate it, but a bit smaller. ^^

Did you get some nice presents? or treated yourself to one? :o

JakeAdams Apr 16, 10:08 PM
Thank you for your feedback. I didn't think it was necessary to mix the crashes and reverse crashes, but I'll do that for future tracks.

sockerdricka Apr 15, 11:12 PM
What are your thoughts and expectations for the new Aria work? :)
All Comments