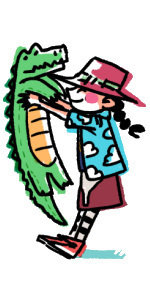 Dokubachi Mar 21, 9:05 AM
Yup, it is actually from the author of Holyland. His characters do have a pretty distinctive look (repetitive even). Anyhow, it's society buildin' from the scratch carried out by kids with barely any life skills. The author himself apparently is into survival stuff so there are elaborate explanations and instructions on how to build a bow, skin animals, cultivate the land, etc.

I know only a small amount about that particular period. Mostly cause I played Dynasty Warriors when I was little thus searched about its characters on the internet. Truth be told, I'm more into Japanese history, but I'll definitely watch Red Cliff 2, been meanin' to for a while now, but somehow always shifted my attention onto other crap. Warlords is an excellent movie, based on a real life event (Assassination of Ma).

Oh damn, there's a lot of that Kenshin stuff. I won't be able to stop on the movies only, bein' the completionist that I am. Have you seen Blade of the Immortal live action? I watched it cause it was done by one of my favorite filmmakers.

Dokubachi Mar 14, 1:00 AM
No need to be sorry, my man. I appreciate that you went out of yer way and wrote those.

From the summary already I can tell that those first two are not really up my alley. On the other hand, Wood Job sounds like somethin' I'd definitely enjoy, so you can be certain I'll try that one. I think you'd like Suicide Island. It's not really culinary based, but it has shit ton of survival aspects in it. From the title I expected it to either be a sob-fest or some morbidity (like Battle Royal) but it is a very realistic work which -- ironically -- bursts with life.

I've seen Red Cliff already, yes. It's one helluva movie, albeit I still haven't watched the second part. Have you seen Warlords?

I always wanted to read/watch Kenshin but there's so much content based on it that I was overwhelmed. I just didn't know where to start. Can I jump into the movies blindly?

Ashhk Mar 12, 1:26 PM
Yeah I was aware of that, I'll try to remember before starting it, I'll do it, thanks xD I don't want to ruin my experience with this one