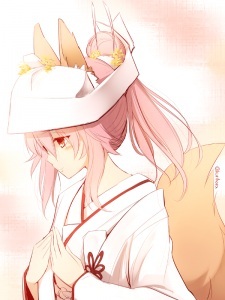 Who is that character on your profile picture?

bLerghZern Jul 13, 2018 3:45 PM
I definitely agree there's a lot of not so great animes this season, at first felt compelled to try and defend them by suggesting it isn't widespread this season, but after a good look at what we're dealing with I honestly can't say otherwise, aside from series we already expected to be good I only found one or two hiddens gems this season. Was personally really pleasantly surprised by Asobi Asobase, really looking forward to it along with Grandblue which turned out pretty funny to watch.

Noboru Jul 10, 2018 12:54 PM
Nice; where? I've just now tested it with an old email of mine and it seems like I still got access to it, but all my mails seems to have been lost. Good that you've managed to recover your account.

Sent you a PM with my discord tag, though writing on a profile seems easier for me, because I can check offline and read during lunch break or sth.

Other than MAL and discord and the links under "also available at" in my profile, I'm also at Kitsu (where btw. also quite some other MAL users had taken "refuge"), but with the underscore ( _ ) in my profile-URL after my username. I only use it as an alternative backup and because the blog-style is also nice

Noboru Jul 8, 2018 9:37 PM
Are you on a vacation or something? Too much spam? xD At least, you still had access to your email. Others would have lost their accounts with so much inactivity or would have forgotten their password or email address. I almost couldn't access my VNDB account after their forced PW reset, because I didn't write the mail address exactly how I had written it.

They will fix their site; they're just quite slow, because they seem to go thoroughly through every line of code. Yes, I have, but I've been quite passive, lately.

If you still have interests in Visual Novels, one of the Visual Novels I'm currently reading, To Heart 2, is really great. It's similar to Da Capo and yes, there are many choices to make, but if you constantly follow a specific girl, you get to see really nice stories.

It's been quite long that a "pure love"-type of Romance has moved me as much in a Visual Novel as Sasara's route in TH2.


Actually, I've been satisfied with the flashbacks provided during the explanation. The only thing that seemed strange during my first read was the scene in which Natsumi has first met Ken after so long. Other than that, it felt just like a running gag.
Still not something that was as mind-blowing as the twist in Ever17.


I think it was a red herring. There are just too many strange details, like why Kyouko has aborted her baby and got pregnant in the first place and how similar she looks to Touka. My theory is that Touka is the result of an incestuous relationship between her father and his sister, Kyouko. It would at least explain why the wife of his father had left him and how Touka could end up with Kyouko rather than with the wife.
Also picked up some completed LNs, but ultimately, I haven't managed to finish even one series if I'm not mistaken, due to having lost interest in the story. Problem is that I've been mostly interested in Romance stories and like you wrote, there are "pseudo-harems that never go anywhere in both anime and other mediums", though it doesn't have to be a "pseudo-harem". A love triangle is also fairly common and it's so plain boring. One the one hand, I can understand that the controversies with different shipping pairings sells better, but on the other hand, it reduces the potential a heroine could have had if they had focused more on her instead. There are too many works focusing on the pre-stages of a love relationship and how people fall in love with each other, instead of how people live in a romantic relationship after having stopped falling in love with each other, anyway.

That you can pick your dream girl and have different routes rather than being restricted to one linear ending is what makes Visual Novels the ideal medium for Romance.

How are Web Novels? Are they like Manga, just published on the web?