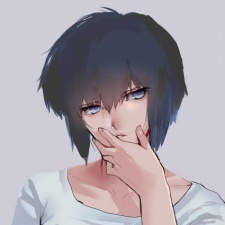 GooshiGaming Feb 15, 12:12 AM
Please do, I miss that face. And I'll be able to throw hands at your more easily.

I've been good, just on that stream grind, ya know? Gotta make that bread. How have you been?

GooshiGaming Feb 5, 8:49 PM
I know we haven't talked in a minute Topix.

But you gave Tari Tari a 6 and I'm ready to throw hands.

ydsa Dec 2, 2019 7:08 PM
yeah sure, I doubt id be very active in voice chat (probably like twice a week max) but id be active in textchat

Marmalademoons Dec 2, 2019 4:44 PM
Would love to, I've been worried about entering my anime club at uni, but I guess I can start here.

Also sorry about that lol. I kind of avoided using skype since I wasn't really fond of the program anymore and most of everyone I knew migrated to discord so i kind of just got rid of it. Feel free to hit me up on Discord though!

Tinybox Dec 2, 2017 10:05 PM
I did all that in reverse haha
In the middle of my Hunter x Hunter endeavor at the moment but i'll be sure to check it out
I've basically only heard its comfy and thats about it.

Tinybox Nov 23, 2017 1:21 AM
I need to get deep into the fate series, watched 3 episodes of stay/night but stopped, should get it done so i can watch zero

Tinybox Nov 14, 2017 12:05 AM
I need to get around to watching Galaxy Express too, i always make a note to watch shows but then get easily side tracked haha

is there any show youre looking forward to watching or waiting to air?

I've been watching a lot of subpar stuff lately so i'm trying to get back in the groove of good shows, how are you fairing?

Tinybox Nov 5, 2017 10:16 PM
heard a lot of good things about magus bride, i'm going to watch that and girls last tour as nothing else looks very good at the moment

that reminded me i need to watch the first season eccentric family :o

anything youve seen recently thats wowed you? made in abyss was great for me

Tinybox Oct 30, 2017 12:50 AM
people just don't have the patience for slow building shows it seems. 3-gatsu no lion was my favourite show last year and not many people i knew were able to understand it unfortunately.

Tinybox Oct 28, 2017 8:07 PM
almost a year since watching aria the origination, completely forgetting to return with my thoughts haha
i think natural and origination are my favourites from the series, origination gave me closure and character development that the show sorely needed, ended on a very good note!