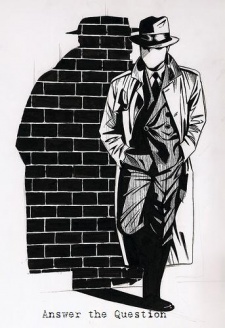 almightybismarck Nov 9, 3:46 AM
I hope he didn't die from the Armenian war.

Yes, the discord had been awesome so far. I'm surprised so many people responded to the forum post I listed! That's awesome!!

Haha, okay. I try to limit myself on there cause it's a huge time waster, but at least it's good to be able to chat on there, too.

Not gonna lie, I'm not an expert at creating original art either, but if you still need some help in any way I can see what I can do. I just get really busy during the week so I might be slow to work on anything.

PlatinumSouls Jul 21, 2019 5:00 PM
Mhmm, I've always been really hard on myself since I was a kid and my girlfriend tells me that I don't need to be but it's a hard thing not to do after I've been doing it for literally my entire life. It'll take time, but I'd like to get past it. Glad you're doing better too man. If you ever need anything don't hesitate to reach out.

Yeah, sure man. Even just to help out with what I can. I'm sure it would be fun to get back into it even for just small stuff.

Hahaha. I had a lot of people wanting to get in, but no one ever responded until maybe last year after I welcomed them, so maybe there's a good chance that the new blood will have the club somewhat more active than usual?

PlatinumSouls Jul 21, 2019 2:19 PM
Yeah, I understand. I had a rough go at the majority of 2017 and had to make some big changes. I am still working on myself and it's tough, but I am not about to just give up, ya know? I might be a little rusty, but I can take a look. I am pretty proficient at web design and have been trying to learn a bit more on Udemy. Just figured it might be worth it to branch out a bit. PM me and I can send you my email if that is easier. Also, I appreciate it, but I'm over in Connecticut, so it might be bit too far, hahaha.

Bahaha, I understand. I haven't really been on it much these days anyhow, so it's all good. Yeah, it's pretty cool to see that the website hasn't totally fallen off the deep end enough for everyone to leave.

Haha, thanks, I appreciate it. I just enjoy keeping it going. We still get a decent amount of newer members and I think we've doubled since the last time you were on? Maybe 300 more users?

PlatinumSouls Jul 21, 2019 12:05 PM
I got busy with life and a few relationships taught me some lessons the hard way. I feel like a different person reading past comments and seeing old forum discussions on here, haha. I am in a better place now, but I still have my days were I feel like shit, but I just try to get through them the best I can. After college I got a big break at corporate place doing graphic design, but it was shit and my bosses were not good. I learned a lot about what I did not want from a job, but it was so disorganized and unprofessional my boss got fired and during the interim period I was getting paid $20+/hr to sit at my desk and watch 700 episodes of One Piece, haha. I got let go over time, and had a few more graphic design jobs and random other jobs, but the passion I had for it kinda died off. I do some stuff here and there, but if I ever decide to do something again, I am going into computer security and information systems. Just sucks. I'm now a manager at a store for one of my old bosses and it's a lot less stressful, but it's definitely not ideal.

I unfortunately have an Xbox. I am on Steam, I play a lot of Smash on the Switch these days, hell I can even link you my facebook messenger if that's easier. Yeah, it was a little tough seeing a large variety of people that had moved on, but at least there are still a few people around from the old days.

Mhmm, I don't think they've changed much since 2009 if I had to guess. They still use bbcode which was popular like 15 years ago, haha. Yeah, I switched over to Crunchyroll a few years ago and it's okay. It's not a be all end all, but it's up-to-date with almost all the most recent stuff so it's definitely much easier to keep tabs on what is up-and-coming. Hahaha, I've been more active as of late. I think it is mainly due to me rediscovering that there are actually a decent amount of people on here that I used to talk to and there has been a sprinkling of activity within the club so I try to get on a few times a week.

Nah, it's all good. I added a buddy of mine on here who was a member of the club a few years ago after Sam basically handed me the reigns, but even he is a little inactive as he has a kid now and stuff. So I understand. Everyone is an adult now so we all have our main things to address.

I added Sam on steam a few years ago because I noticed he was drifting away from the club and wanted to stay in touch. I wish I had been better about that earlier on, but life just got so busy so fast and I didn't see it coming.

Haha, thanks for that. I never though you'd come back on here, to be honest, but it's nice to have some support. I tried to get a lot of past members to be more active last summer, but it was short lived and lasted about 2 months.

Yeah, definitely! I am doing okay, how have you been in the nearly 10 years since we last spoke? Hahaha.

Kazami Jul 20, 2019 10:07 AM
i must've seen a post of yours in the forums and thought what you said was really cool or something, don't really remember why
i still think you're pretty cool tho :>

LuckyAlix Nov 29, 2015 4:27 AM
Hello fellow MAL member! :D
Are you a movie addict or maybe just a casual movie viewer? If films, animated or live-action ones are something you like, have you ever wondered about joining a club where you can discuss about your favorite movies with your friends on MAL?

PlatinumSouls May 4, 2012 7:25 AM
That's pretty awesome. I've only heard good things about the Hunger Games, but have been so demotivated from wanting to see the movie because so many people have been talking about it. I'd probably be more apt to read the book than anything.

Eh, probably just going to work my ass off at my job and take a summer course over here. If I get lucky I can take it as an independent study and do all the work at my house, which would be nice. Don't really have many viewing plans for the summer. Probably just gonna watch whatever comes my way.

Yeah, I hear you. Hopefully I can knock down some of the stuff on my external HDD when I get out of school for the summer in the next couple of weeks. Got any plans for the summer?
All Comments