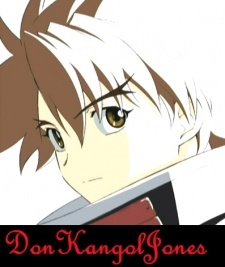 Skadi Jan 4, 2014 2:39 PM
OH? Its not that bad, whatever that means. Its not so good though if you use it on a mobile device though. I keep getting logged out everytime I access it unless I am on a stable connection at home. Its seems like it logs you out of it access the site from a new IP address.

I guess we can talk about it when we both learn ESP, since you never log in the other ways humans can talk to each other that I use.

tehnominator Jan 4, 2014 10:04 AM
Happy New Year to you too man, sorry for being so late. I kinda just gave up until MAL decided to be stable again.

I don't really know why Fairy Tail's anime came to an end. I mean, these mass produced anime I guess aren't making the kind of money they used to?

Skadi Jun 10, 2013 4:13 PM
Given up on that too. I just dont have the desire too. I may write one here and there about stuff I care about. Aoi Hana ends soon. Sure I'll write something about that. Since I will need an outlet to talk about it since certain people cant take a few minutes out of their week to speak to me. But I am sure they have really great excuses! Because she always does. However I feel like this when people give me excuses now...

Skadi Jun 4, 2013 2:28 PM
I guess I'm just a frigid bitch. :P Well I have kind of given up, I tried to stay in contact with people but they dont reciprocate so I am just done with it. So I only speak when spoken too now and have moved on to other things.

tehnominator May 22, 2013 3:53 PM
Part of me thinks it's a push to the future to talk to your technology and have it respond to you. Another part of me feels like... I sound stupid when I do that. It's definitely not as slick and cool as it is in movies, because my life is not a series of cool background music, quick-cut editing and special effects that makes people talking to a computer look awesome. It's just my regular boring life, embarrassing myself. Not to mention... accent recognition? Trying to set up voice recognition on any product is hell for me because my accent isn't American.

If they're so hurt about losing Asian market because of the looks, then why make the BIGGEST CONSOLE EVER MADE POST 1985. You can launch missles off the thing. It's huge! I doubt Asian people are going to like a gigantic black box in their homes especially one that basically is waving the American flag. I think maybe they're going the opposite way -- make the XBOX the go-to gaming device for the US. I mean, right now XBOX and PS3 have about the same number of worldwide total sales but the XBOX has double the numbers seen in the US. 40+ mil versus Sony's 20+ mil. By making it even more American (that's the only way I can think of phrasing what they did), they aim to get that 40 mil onboard again, and maybe even more. Makes no sense trying to market their system in a place where it sold in... the hundreds.

Haha, no no, I'm glad for the speech because I've gotten very much into reading about video games lately. I check IGN daily (although they are pretty biased and uneven, so I go on Destructoid and GenGame for news too).

And you announce the unveiling of your next gaming console, right, but then you spend time announcing Band of Brothers: Space Marines Edition!?!!? Why was Speilberg's work with the Halo TV show mentioned? Because it's Halo? okay... then how about announcing a Halo 5 for your CONSOLE while you're at it? No? Okay, fuck you too.

Plus, adding insult to injury, they spent so much time advertising COD: Ghosts which is going to be a multi-plat game. All they did was say, "It's going to have better graphics on the XBOX One than on the last-gen consoles." But who cares? Most people buy COD to play multiplayer (I literally don't know anyone who plays the campaign modes except 3 people). So are people going to go play this game on a system that a few people will own? As opposed to getting it on their regular consoles? I doubt it. Look at the ports of COD for the Wii U. Sold terribly. It was wrong trying to push a game on a system that already has its core audience playing it on other systems.

I think this adequately sums up my feelings about the conference:

This was all I honestly heard during the conference too...

tehnominator May 21, 2013 7:25 PM
You're an American -- what do you think about the new XBOX? It's basically become a giant box of nothingness in terms of its services that's being offered since we don't have those services :(
All Comments