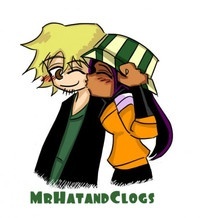 link9us Jul 4, 2015 2:27 AM
Hey do you remember me? Its been a while. alot of things have been happening as of late, anime and video game related news. I think one of my favorites is the reboot of the DB franchise with "Dragon ball super" my childhood is coming back lol

Then we got LOGH remake, new novels, higurashi being licensed (What really??)I have not spoken to you in quite a while, there has been alot of new things im just really excited bout. So what have you been up to as of late? What new anime series/manga have you been reading/watching?

ElenirLachlagos Sep 22, 2014 2:10 PM
Oh hey, kudos to having Balsa in your favourite characters. It's hard to choose just so few favourites, isn't it?
Are you seriously playing golf?

And k-drama, eh? Do you know Faith? It's one of my favourites. (Shameless self-promotion: http://everythingbetweenheavenandhell.blogspot.de/search/label/k-drama)

Ahh, so you're not much of a simple action/adventure fan? I always love me some Batman, Spider-Man, or Ratchet/Sly etc =3.

I still need to watch Michiko & Hatchin, Lagrange, Tiger & Bunny, and Gurren Lagann. Maybe after I've caught up on some of my backlogged shows lol xD.

link9us Jul 18, 2013 10:02 AM
Well filler has finally ended, canon has returned first episode was today and with 81 chapters behind, its going to be a long while before naruto enters filler madness again like i said, but here's the best news.

It seems that the studio really is taking into consideration the animation for the next arc to be great, and putting Hiroyuki Yamashita's at the helm once again. He's the anime director that did most of the best production episodes in the series with the Hidan and Kakuzu episodes, the sasuske and itashi epic battle and the parts of the pain arc.

Started next episode he's going to be taking over and i hope for most of the episodes. So it looks like the studio is trying hard to give us some proper quality which is something i really really feared coming out of these fillers.

link9us Jul 17, 2013 11:38 AM
Crazy so bleach is heading towards the climax as well. Its not going to be the same in the anime world with out these extremely popular series. Something is going to have to take their place.

I head the impression that bleach was going to be going for another 7 years or so, but with kubo tite drawing out the last battle, i just don't see happening, its really heading towards the climax faster then i thought.

link9us Jul 15, 2013 11:31 PM
Oh i didn't care with how they completely butchered and edited the material in the dub version though. I don't know what version you saw, but the only i could find was on bakabt and it was like cartoon network rips. They got rid of all the perversion humor which i thought added to comedic value of the series, like bukke getting naked to go invisible was completely changed to some parkly girl walking around, kind of stupid and you know a bunch of other edited scenes. I mean it was like watching dragonball edited, not the uncut version.

The version i watched also cut out the openings and endings and replaced them with this crap.

Which i hated, so i am actually watching the series currently here, the original japanese version, the original openings/endings and also uncut.

I did not know they were on hulu though, im going to have to check that out since those streams will be much higher quality.

Yeah you should read or watch naruto, its reaching critical moments in the show, especially the manga, its heading very close to the climax. Currently in the manga, all hell is breaking loose, its at its most intense its ever been and the good news is that the last few months of filler, have finally ended in in two days from now, the canon is officially coming back and the manga is around 80 chapters ahead of the anime so their is a very good chance that we won't see filler in shippuden for a long while, in the mean anime viewers are going to just be blown away by the sheer amount of intense action and unpredictable plot twists coming up.

Actually something in the next two episodes is quite possibly the largest revelation in the whole story and what sparked one of the biggest controversial debates in the naruto manga discussion forum. So yeah nows a good time to start watching it again, or reading it what ever you prefer.

If you have to, i would skip the war fillers, they are absolutely horrible. They are only their because the studio needed time to create the canon material for the series and wanted to leave enough of gap so they can continue the story. How ever, do not skip the filler arc Chikara 6 episodes, its amazing and with high production value equivalent to a movie.

Its what the whole series should be like actually lol.


I kind of did to be honest after watching so much one piece and then hitman reborn, im actually watching it casually right now well watching other series that a higher priority.

link9us Jul 14, 2013 8:37 PM
hey long time no talk.. I have a question for, i noticed you watched blue dragon. I am HUGE fan of the video game and i just started watching it. It very much reminds me of like dragonball. I was wondering if you actually watched it in English dub, or subbed the original Japanese language, version. I have to say the dub Vs sub is like the difference between night and day. So many changes and much material is edited.

The sub is extremely hard to find though. I am lucky i downloaded along time ago when i had that chance.

Oh btw you been keeping up with naruto, can't believe that manga is going to end o_0 its been so many years and fairy tail is coming back, i just started watching that, its pretty good but my god stay away from hitman reborn. Worst shonen series ive ever seen.

The bleach manga is getting pretty awesome to.

I think this year for 2013 anime is probably the best its ever been. So many great series and great movies. I just checked out Kotonoha_no_Niwa. The visuals in that are like 5 centimeters per second, simply amazing.