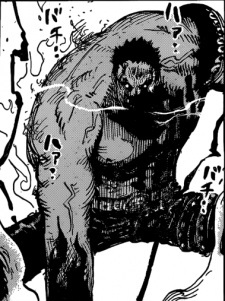 ChibiTalha Jun 21, 12:30 AM
was going through Code Geass' season 2 stats and lmao

quiuzus May 6, 8:21 PM
Hey, I'm Argentinian but have German blood (and I'm a One Piece fan) can I send you friend request? lol

SSGHOKAGE Apr 4, 9:22 PM
I agree. You make a good point there, I got a bunch of shows in my favorites that a lot of people would call trash 😂. I can see their flaws, but I still absolutely love them. I watch anime primarily for the fight scenes, so as long as that is good I will generally like a show (though if that is the only thing a show got going for it, it's still trash to me [Looking at you God of Highschool]). To each their own indeed.
Also the new One Piece episodes have been really picking up. I feel like I got cucked when they didn't show what was on the island, but now I can't wait to see the end of the show. Oda is truly making a masterclass in world-building. Roger going back to all the old islands was nostalgic. Made me remember my childhood (I've been watching One Piece for like 5+ years at this point). I really hope that the ending is going to be worth it. With a flashback like this occurring, the show can't have too much longer. All the answers will be solved on the island, and the final battle will probably be on the island as well. I'm hoping One Piece ends in 3 more years or so. This flashback got me thinking we "are in the endgame" now.

SSGHOKAGE Mar 28, 6:16 PM
I forget that you're German so you probably didn't recognize half of the shows I was talking about 😂 lol. But the point still stands. Also, you're English is splendid.

SSGHOKAGE Mar 28, 6:12 PM
Their designs are fanservicey (then again so are a lot of the designs in One Piece) so I despise them. The current One Piece episode highlights that the author does an excellent job in his world-building. Which I said even in my previous comment. That I will give you. The emotional scenes? No. They don't hit like they used to. IDEK who Otohime and Tiger are? Law's backstory, honestly I forgot about it. The only thing I can remember that he was the last alive. Sanji's backstory, basic and bland. He was bullied for being nice and not the best. Done a million times over, and not even executed that well in this show. For a guy that has seen 9000+ shows, how you can think that is emotional is beyond me. Doesn't do anything for me and I've only seen 200. Grown out of it? Maybe? Then again, I feel that if I have grown out of a show it was never a masterpiece to begin with. Total Drama Island has been my favorite cartoon since I was little. I still rewatch it, and I still love it, absolute fire. The Boondocks was one of my favorite shows when I was growing up. I still re-watch it occasionally and I love it. The original 4 seasons of Spongebob is still fire, and I can watch it to this day even though I hate kid's shows with a passion. I can still rewatch Naruto and get them goosebumps. I can watch late Naruto Shippuden and still get goosebumps. SAO, is the third anime I ever watched, and is still one of my favorites to this day. I rewatch it AT LEAST once a year. Luffy vs Leopard man, I still get that tingle in my balls when I watch it. Sanji's original Backstory with the starvation or Usopp vs Luffy, I still get a little chocked up. Current One Piece has not made me feel any of those things. The only thing I can feel when watching current One Piece is hype. Even if I have outgrown it. For you it's done the exact opposite effect. Having it listed as one of your favorite Manga is understandable, but anime? Naw.

SSGHOKAGE Mar 27, 1:44 PM
I agree that the world-building is top-notch, but then again., when you got over 1000 chapters of material to work with, that should be expected. I do love the characters (with the exception of the Post-Timeskip re-designs of Nami and Robin (I get that Robin was in the snow but why did she change races? And why does Nami have to have her chest out?)), Zoro is really the only reason I'm still watching the show. Not to mention the huge time investment that I've already put into there.
I think one of my primary problems, with the exception of Toei's horrible adaptation, is the trade-off for "long-term storytelling" and "World Building" over the Characters. I think One Piece has lost its emotional impact because the characters are no longer the primary focus rather than the plot itself. The interactions between the straw hat pirates have been lacking a lot post-time skip. It's hard to explain, but when I really think hard about why I don't like the show as much as I used too, I believe that is the reason. One Piece's huge emotional impact, came from the characters and their interactions. We felt like we were along the ride with Luffy to One Piece. The straw hats interacted a lot more with each other, and most fights only happened because somebody messed with one of Luffy's "Nakama." Also all of the hardest hitting scenes were due to fallout between Luffy and his crew. Take Luffy vs Usopp or Robin Screaming "I want to live" or Luffy battling so hard against CP9 for Robin (I personally think Ace's death is overrated). Hell, even the comedy that derived from the character's interactions has taken a hit. I haven't laughed one-time post-timeskip, where I did laugh a little bit pre-timeskip. I think that's my primary problem. Granted the hype scenes are still hype (when they happen) and Toei has made a slight improvement with The Wano Arc (though that improvement is being highly overexaggerated by the community) so I will still watch it.

P.S: I miss the fansubs. The fansubs contributed so much to why One Piece was as hype as it was.
Also I only watch anime primarily for the fight scenes, so manga do nothing for me in an action anime.

SSGHOKAGE Mar 26, 1:52 AM
MY GOD MAN. 9,000+ SHOWS.
JESUS CHRIST.
I just came to say One Piece has fallen off and will never reach the heights which it once was. BUT JESUS MAN. Calm Down, you need a new hobby, my guy. All those shows and you still got One Piece in your top 3? Impressive.