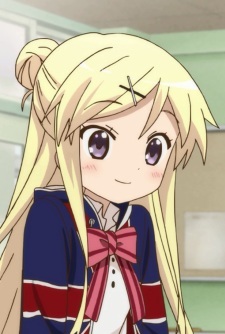 AndyRayy Aug 14, 2020 6:32 PM
I'd be lying if I said that I was actually expecting a response, but color me surprised to see you get back to me so fast! I was honestly posting that as something of a call into the void, but I now know to secret to summoning you anytime I wish...

I've used a bit of my stalking sleuthing skills to try and see if I could figure out what you were up to, but I couldn't quite put together a perfect timeline. Nope, I definitely couldn't find out anything from your other profiles, so I figured I'd go back to where it all started. And I definitely did'nt find your personal Facebook page.

In all seriousness though, I'm glad you're okay. Online friends we may be, but you're the only Internet person who I actively stalk check on to ensure they're okay. A lot has changed since we last talked a few years back though. I've moved twice, gotten married, changed jobs, refused to wear a face mask because I'm a filthy dumb American survived a global pandemic, and even been to heaven Japan five separate times.

And I totally get your reasoning behind your inexcusable absence. Honestly, I've kind of been the same way. I log into MAL multiple times per day out of my addiction habit, but I haven't actually watched much recently either. That's not necessarily due to losing interest though, just the fact that I've gotten significantly invested in playing America's Army CS:GO/other non-Steam games lately. The most recent CGDCT anime I recall watching is Mitsuboshi Colors (I'm only about halfway through now) and it's pretty entertaining. However, it must be noted that I'm a casual dub watcher in this case, though I've peeked at the sub and it definitely has a solid cast. I've also seen Weathering With You in theaters and it's definitely worth a watch, a solid 8/10 with rice. God that reference is so old...

One anime that I've seen multiple clips of on r/anime is Joshikousei no Mudazukai and it looks right up our alley. I wouldn't quite call it a pure CGDCT, but it's definitely a good comedy overall though. This clip here as well as this one sold me on it, though it must be emphasized that I haven't seen it myself quite yet.

In the same way that you've been hooked on aidoru idols, I've been hooked a bit on V-Tubers. It sounds like such a stupid thing. I mean, come on, virtual and cute af girls doing YouTube videos, what the heck is this nonsense? But some of them are really well done. Check out this really popular one from one of the more well-known V-Tubers Kizuna Ai. Some of the comments on this video are golden as well. Do you have any idol recommendations to throw at me? I've really gotten into some Nishino Kana J-Pop recently, so I'd be up for anything catchy.

With that, I will impatiently and with great anxiety eagerly and reasonably await your response. However, in the meantime, since you were gracious enough to leave me the first letter of each mail in your inexcusably messy pristinely organized Gmail inbox, I have decided to write you a poem using the first letter of each the first eight emails as the start of each line. I hope you enjoy. Seriously though, I'm glad you're back.

P.S. If you go into Google and type in "classiick" from Incognito mode, then click on the search bar again as if you're typing another search, this comes up. I guess it's kind of become your thing now.

May we set aside our differences,
Call truce, it may be said;
And call upon the world to know:
Gone days of no Classiick!

...and maybe I kinda miss you too.

bitchassdarius Jul 8, 2019 7:47 AM
No problem, the words are true. A few days ago I referenced that thread twice in one day!

In reading some of your cdgct notes on Classiick's profile, I see that you've used the concepts of continuity and bifurcation; perhaps this implies that the intersection of our interests is nonempty (cgdct aside), in which case you'll understand when I note that a cgdct with n characters has n-choose-2 relationships to explore, giving a larger than linear advantage to shows with fewer characters. (Contrived statement, sorry.) But shows with lots of characters can be nice too. I was pretty shocked with Kari's plethora of characters, and stalled it (not with intent to drop, just because I had other stuff I wanted to watch) after several episodes, but (before reading your posts on it, in fact) realized that it was one of the purest cgdct. Now with you confirming that there remain no main characters, I'm all the more interested to finish it, to see what kind of variety they come up with. (And, of course, to revel in the cuteness.)

On a somewhat related note, the KanColle anime was based on a game with a similar choose-from-the-girls dynamic, and ended up similarly female-screentime-only with a large cast; but they had the audacity to include the player as an (offscreen only (which is pretty interesting, I admit), but somewhat frequently interacted-with) insert-character! ("The Admiral".) I don't want the girls to be talking about a male character so much, nor for the last scene of the anime to be the main character blushing while greeting the admiral in the same special place she met him in the first episode! An interestingly (unforgivably? haha) large difference in "all-female" adaptations.

(Well, I didn't dislike KanColle, and if I were to re-watch it as a not-"all female" anime, I'd probably be fine with it, but what's interesting is that it seemed at first to be heading the way of all-female, but then as it goes on the admiral's existence and the characters' relationships with him become increasingly focal, making it continually shocking. Not that I disagree with Classiick's classification as a three; after all, most people likely wouldn't be as bothered by the Admiral anyhow.)

Whew, sorry for the wandering.

illivinni Apr 1, 2019 10:44 PM
Please wake up for a moment Commander, it's time for Bocchi to shine on the club. Salutations in advance o7

illivinni Oct 13, 2018 11:09 PM
Ah, just asking. When every time I found British on the internet I often asked if they're a football fan or not because I'm an EPL fan.

Nice choice for the background layout

also the club's layout needs to be changed

Anise_Punter Sep 30, 2018 7:15 PM
checkin in to see how things are going club leader and fellow fan of best karen

nDroae Aug 17, 2018 9:09 PM
To save you some time and/or overtly attempt to be manipulative: we talked about what to do for a summer club picture and seem to have settled on this :) https://i.imgur.com/nNwSHRe.jpg Not many shows to choose from anyway. This was the only Harukana promo I found that wasn't all bikinis (which would kinda makes the club look like it's about something else, but the show is a CGDCT despite the fanservice)

illivinni Mar 29, 2018 12:33 AM
Thanks for accepting my fr capt Clasiiick. o7 Also, don't forget to replace the club's layout!
All Comments