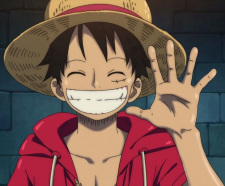 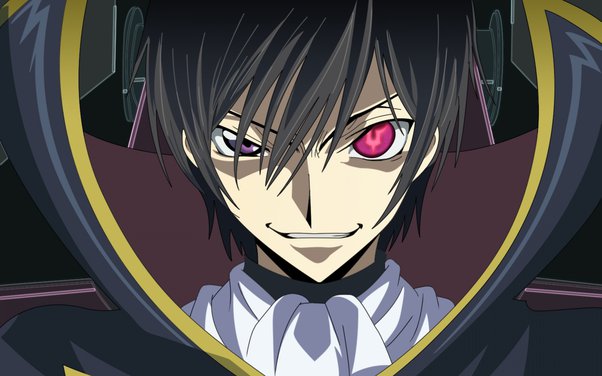 Hi, there random person on the internet browsing through profiles. First of all, I do like talking to other people and sharing my tastes with other anime lovers. But, don't expect me to get very attached to you because I'm not that type of person and I do know the dangers of strangers out there. Also, if you are very creepy and asking for personal information, I will immediately block and report you. Okay, I don't know if people are gonna read this but please do I spent a lot of brain cells on this... So I like most people who found "anime" on Pokémon, Beyblade, YuGiOh. I loved the last two because of the hype Pokémon not so much. The first "true anime' i watched was of course Naruto. I fell in love with Naruto and it gave me a lot of inspiration. From then on I found more anime and here I am. I'm mostly a Shonen weeb but I'm starting to dabble into new genres and I'm really enjoying it. Stuff I like to do in my other time, other than anime is hanging out with friends, watching YouTube and playing video games. Reading good books that do not have to be manga. I also like playing and watching sports such as basketball, football, and soccer. I also have a passion for physics, computer science, and business. (entrupuner).

Favorite Anime Quotes (might be some from anime I haven't watched yet, there is a lot because I love these):

"You Should Enjoy The Little Detours To The Fullest. Because That's Where You'll Find Things More Important Than What You Want." Ging

"The only ones who should kill are those who are prepared to be killed!" - Lelouch Lamperouge

"Every living human being is a slave to something.” – Askeladd

"A true warrior…Needs no sword.” – Thors

“You have no enemies. No one…Has any enemies. There is no one…That you should hurt.” – Thors

"No One Knows What The Outcome Will Be. So, Choose Whatever You'll Regret The Least." - Levi Ackerman

"You’ll Never Know. If You’re Not The One Who’s Continuing To Take That Path... Unless You Keep Moving Forward." - Eren Yeager

"A Person Who Cannot Sacrifice Everything, Cannot Change Anything." . - Armin Arlert

“Living for the future is more important than trying to avenge the past.” - Puck

"I never asked for a miracle Ill get things done myself." ~Guts

“A dream… It’s something you do for yourself, not for others.” – Griffith

“Hate is a place, where a man who can’t stand sadness goes.” – Godo

“You’re going to be all right. You just stumbled over a stone in the road. It means nothing. Your goal lies far beyond this. Doesn’t it? I’m sure you’ll overcome this. You’ll walk again… soon.” – Guts

“Even if we painstakingly piece together something lost, it doesn’t mean things will ever go back to how they were.” – Guts

“ He died doing what he wanted no matter what right? I bet he died happy” - Guts

“If you don’t like the hand that fate’s dealt you with, fight for a new one.” – Naruto

“A smile is the easiest way out of a difficult situation.” – Sakura Haruno

"The world isn't perfect. But it's there for us, doing the best it can....that's what makes it so damn beautiful."
~ Roy Mustang (Full Metal Alchemist)

“If you're going to climb a mountain, you've got to aim for the top. But let's not forget to enjoy the scenery." – Teppei Kiyoshi

“Don’t give up! There’s no shame in falling down! True shame is to not stand up again!” - midorima

"Only one thing is equal for all, and that is death." - Johan

‘‘I may just be a pebble, but I'm a pebble that shatters diamonds” - asta

“The minute you think of giving up, think of the reason why you held on so long’’ - natsu

‘‘Being alone is better than being with the wrong person." - L

‘Whether a fish lives in a clear stream or a water ditch, so long as it continues swimming forward, it will grow up beautifully” - koro- sensei

“A dropout will beat a genius through hard work.” - rock lee

“Those who break the rules are scum, that's true, but those who abandon their friends are worse than scum.” - kakashi

“Saying 'I’ll do better tomorrow, I'll stop tomorrow' is the wrong attitude. You don’t wait tomorrow, you start today. Those who start today are the only ones who even have a tomorrow.” - Tarou Ootsuki

Favorite Characters and Some Hot Takes

Some "hot takes" I got, will be updated more.

Death Parade and Dororo are overrated

guts is objectively best character in all of anime

fairy tail is pretty solid (I read the manga)

eren is a great chracter

"old anime better than new anime" debate is crap. Both are amazing.

dubs are good but sub > dub all day

people who rate objectively are just dumb, rate by enjoyment

fillers don't make shows trash, just skip it, they make it because they have no other choice

one piece peak arcs can never be touched

Anime That I Love That Didn't Reach The Masterpiece Status

I know its basic and mainstream, but I'm someone who doesn't have that much time to dedicate to anime although if I could, I would. This is why I can't get into true underrated shows and other genres, but I'm trying though. I still love and adore these shows listed though.

Anime I consider to be masterpieces