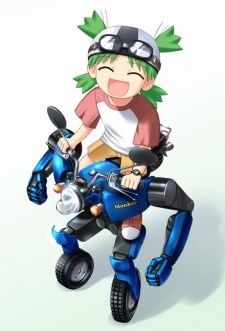 Repporeeve May 27, 3:45 PM
from Good old golden internet time this is ~so cringe so edgy yet so weirdly entertain.

they shall grow not old

as we that are left grow old

age shall not weary them

nor the years condemn

at the going down of the sun

and in the morning

we will remember them.

LordOctavius Feb 13, 2020 1:48 PM
This man died because obama was reelected, never forget that.

NeverKnowsBest26 Jan 17, 2012 8:20 PM
At a Filipino restaurant; got a job there through connections.

Oh, you're watching Tiger & Bunny as well :)
So what do you think of it?

A shame Golgo isn't on the election ballet, lol.

NeverKnowsBest26 Jan 17, 2012 2:34 PM
I'm fine... frustrated at work because I've been gradually getting less and less hours; I need to find a second job. Other than that just wasting time till the next school sem starts at the end of the month.

NeverKnowsBest26 Jan 17, 2012 9:12 AM
Same old as far as the quality of the shows being released; some good, some bad. For some reason there was a loli detective trend in 2011, Gosick was the only good show to come out of that. 2011 was also generally a better year for slice-of-life than any other genre with shows like Bunny Drop (which I see you're watching now!) Wandering Son, Anohana, and Hanasaku Iroha being the best.

Also in the U.S. side of things, it sucks that Bandai is no longer printing any physical media of anime. And there was a more quality anime movies being released in the U.S. than any year prior.

So how have you been?

NeverKnowsBest26 Apr 20, 2011 10:42 PM
Hey Art, long time. So, what you think of Nana? I was blown away be it personally; great characters, biting honesty. The ending was a bit of a let down in my opinion, given how much time I devoted to the show, but other than that it was just it was incredible.

NeverKnowsBest26 Feb 26, 2011 11:39 PM
Yeah, if nothing else, I can write a review of how bad it is. Somehow ripping bad anime a new asshole feels satisfying.
All Comments